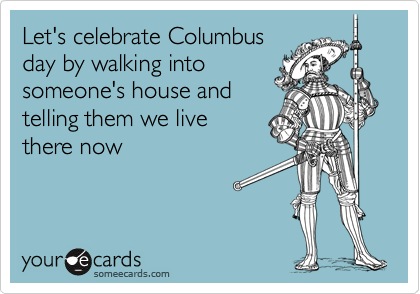 Many would default to the notion that revisionism of the Columbus story is a politically-correct act of sophistry engaged in by elitists and malcontents. They might argue that any reevaluation of Columbus Day is cynical because there is no absolute standard of good an evil; everything is just a matter of degrees and subject to moral relativism right? I mean Lincoln was probably a racist and MLK had affairs. So why not give Christopher Columbus a bye here?