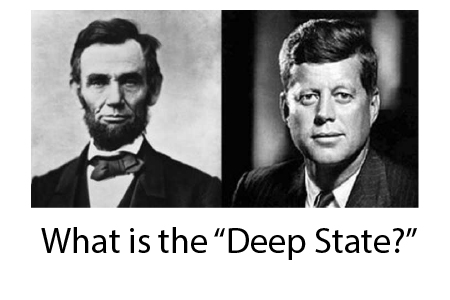 People are susceptible to bribes, coercion, and blackmail and indeed the office of president of the US is one that ages a person quite rapidly.
No Responses
Reading Time: 4 minutes
Anarchy may be our salvation

In this second word rehab session, we will rehabilitate the word, ANARCHY, for President’s Day.

The dictionary has two disparate definitions. The first common use connotes chaos and a lack of respect for authority. The second is the absence or denial of authority of archons. The actual archons in the Gnostic/Neoplatonic philosophies were a system of demigods that rules earth on behave of the creator of the world, Ialdaboth or the demiurge.

Although gnosticism considered archons to be represented by the pantheon of planetary gods that we are know, Mercury, Mars, Venus…etc. But more interesting is that in most mythological traditions, including the Abrahamic bible, there are demigods that control normal humans on behalf of the artificer.

The danger of having any people wield excess power is the engine of the Constitution. The person presides, and does not rule like a monarch. Washington was actually the ninth president of the United States. There were eight prior annual presidents of the Congress of the Confederation.

The inherent danger of with having a vulnerable person serve as POTUS is addressed by sharing power with the legislative and judicial branches.

People are susceptible to bribes, coercion, and blackmail and indeed the office of president of the US is one that ages a person quite rapidly. There is evidence that the use of blackmail was key in getting Wilson to enter WWI and also allow for the created of the IRS and the Federal Reserve. He is quoted as saying:

“A great industrial nation is controlled by its system of credit. Our system of credit is privately concentrated. The growth of the nation, therefore, and all our activities are in the hands of a few men.”

“In the councils of government, we must guard against the acquisition of unwarranted influence, whether sought or unsought, by the military-industrial complex. The potential for the disastrous rise of misplaced power exists, and will persist.”

In one of his last speeches, fresh off the fiasco of the Bay of Pigs CIA plot and with a resolve to allow LBJ to go down for improprieties and seek a new VP warned of what many are now calling “The Deep State”:

“The very word “secrecy” is repugnant in a free and open society; and we are as a people inherently and historically opposed to secret societies, to secret oaths and to secret proceedings.”

I submit that presidents and all politicians are people who have personal lives, families, and secrets that can and have been exploited for leverage. How else did J. Edgar Hoover serve under eight consecutive presidents?

In an unprecedented purge of the Republican party, it has been suggested that the 40 GOP congressmen who did NOT seek reelection in the 2018 midterms were more loyal to their own interests and reputation than to President Trump. I wonder what salacious revelations, perhaps found on a laptop or via NSA surveillance, made it possible for an ambitious and accomplished man like Speaker Ryan to hang it up at such a young age? As for the Democratic midterms, at least 57 candidates had military intelligence or state department backgrounds.

Since people are points of failure, perhaps we can rehabilitate the word anarchy and have it mean a system of cooperative and orderly governance that recognizes the state as an necessary evil to secure our personal liberty, as enshrined in the Constitution.

Sadly, many of my left-leaning friends are so deranged by the current POTUS that their moral compasses are spinning. No due process for Judge Kavanaugh. Pro-war and intervention in Syria, Yemen, Afghanistan, and Venezuela, and anti-working class with regard to not supporting the agenda items of the Berniecrat left.

It can be argued that since Truman, every president has been in violation of the Constitution and guilty of treason, along with their derelict congresses, for allowing our nation to wage foreign wars without a formal declaration as such. I don’t blame people for wanting to be admired and wanting their secrets hidden. But there is such great evil that is loosed upon the world when we allow archons, or agents of an evil creator, to rule.

With the help of presidents, politicians, and lobbyists for the prison, medical, petroleum, educational, financial, narco, and military-industrial complexes, we have reached end stage capitalism in much of the developed world. With the structures of colonialism and deep state mini-archons controlling nearly all other nations with the help of CIA and military coercion and collusion, the system is on the verge of collapse. Even Karl Marx could never have imagined that 26 human archons could own as much wealth as the bottom 50% of 3.8 billion combined.

There is growing belief amongst the disenfranchised like the “Yellow vests” of Europe and the many Qanon followers that there have always been “deep state” puppet masters pulling the strings via credit, mass media, blackmail, elections, and influence peddling. Revelations of MK Ultra mind control and Project Mockingbird have come to full fruition with the advent of pop culture and 24hour surveillance via the trojan horses of our smart phones and chip credit cards.

Perhaps we can rebuild a society where needs such as food, sanitation, health, safety, and national protection are driven by rational choices and transparent accountability. The Federal Reserve has never been audited and the Pentagon can’t account for 21 trillion dollars, the approximate amount that is now owed on our national debt. The system exists to serve the people, not the beltway bandits and corporate partners who seek to profit. Unfortunately, as every president has found out, you can’t change the system; the system changes you if that was ever even an aspiration.

For those that are were never initiated into the idea of a “deep state” before it even became labeled a conspiracy theory, I recommend watching this interview by Bill Moyers, one of the all-time great real journalists:

This week, Andy McCabe “doubled down” on 60 Minutes and crossed over into a post-truth realm. He openly admits that using the FISA warrant based on the Steele Dossier, paid for by the Clinton Campaign, the deep state attempted to use this “insurance policy” alluded to by Peter Strzok. They accused the president of colluding with Russia, despite the lack of corroborated evidence. They used the investigation to discredit the president. They discussed evoking the 25th Amendment (for removing an incapacitated president) to remove Trump based on personal and political animus because he fired Jim Comey, which is his prerogative.  And now they have the chutzpah to allege that nothing improper is at work.

We shall see where this all ends up but it is incumbent upon everyone to wake up to the common denominator throughout all of history: weak men, like all President’s, are not the heroes we would hope for; they are big part of the problem. Watch the video above…it will help you understand a lot more about how we got here. Lofgren explains how the positive DISILLUSIONMENT that I blogged about yesterday was the gateway to the wisdom that he shares with us.  If you want to learn more, read Noam Chomsky’s book written over 30 years ago entitled “Manufacturing Consent”.