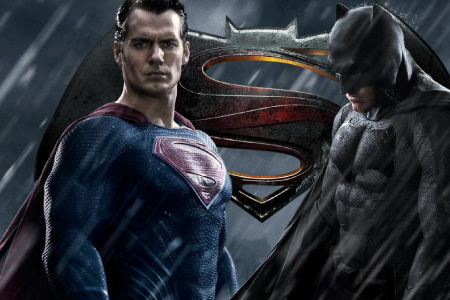 Tonight, I got to enjoy a movie with my 13-yo son: Batman vs. Superman.

As promised by the horrible reviews, it could have been much better conceived and executed and suffered many tropes- such as a myriad of dream sequences to show motivation rather than allowing the circumstances and acting to carry it.

But the movie does remind us of an important principle outlined in one of my slides from my talk to the Korean Association of Anti-Aging medicine: 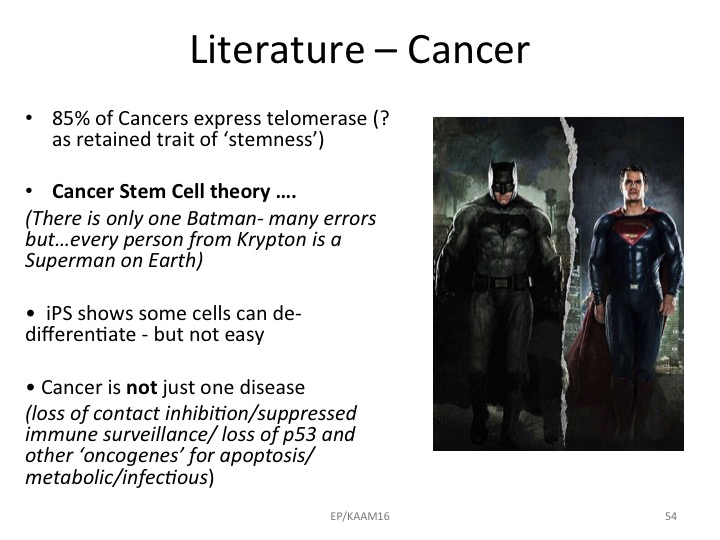 Many people have been lured into thinking that because most cancers express telomerase that telomerase activation will somehow cause cancer.

In fact, because telomerase activity is higher in earlier life so why don’t we get it more frequently when we are young?  I believe the reason is we get cancer from a lifetime of accumulated mutations because of replicative senescence in already immortalized, superhero stem cells.

Clark Kent was just a normal person on Krypton, but on Earth, he is a superhero.  All Kryptonians (or stem cells) are already possessed of immortality via preexisting telomerase activity conferred by stemness.

Batman, on the other hand, is symbolic of the old model of carcinogenesis. That idea was that a normal human, by virtue of childhood trauma, training, and circumstance, can become a superior human.  But to take a non-stem cell and activate telomerase is not a trivial task and is not a common method of cancer formation.  Most citizens of Gotham can’t spend billions on toys and gadgets.

If you can reprogram the cell to a more primitive state, then yes, telomerase activation can be activated along with that as a suite of more primitive behaviors, but the more common cause is usually loss of tumor suppressor or oncogenes that are charged with killing the cell and the occurence is easier in an already immortal, superhero telomerase active stem cell.

For an agreeing opinion, read this blog by another author.

To understand more deeply, watch this video that I did on the subject:

I would like to say that after 8 years of taking TA-65, I don’t yet have clinically noticeable cancer.  I may have gotten potentially malignant cells and some poor stem cells might have persisted longer than they should have, but I believe that the enhanced apoptosis with the preservation of tumor suppressor genes and a healthy T-cell system has made any such problems sub-clinical.

In contrast, Bob and Anita, who were dating in 2007 and even earlier adopters than I, are much older and Bob recently had a partial colectomy for colon cancer it and is showing very low tumor load despite positive nodes.  He continues taking TA-65 because he believes that it is keeping him healthy.  Perhaps luckily, the docs thought his age made him a poor candidate for chemo.

Anita took TA for 4 years and 6 months after stopping, she developed breast cancer in her 70s.  Luckilly, she has been cancer-free for 2 years and although she doesn’t believe that TA-65 caused her cancer, she doesn’t want to take any chances.

The truth is that as we get older, the accumulation of mutations in our stem cells makes all cancers more likely. I believe that the baseline incidence of cancer and the severity appears lower when taking a telomerase activator but unfortunately, nothing can prevent mutations from occurring just as even the best car wash isn’t going to keep your car from getting pooped on.

What is better than praying that the medical-industrial complex will work towards curing what is unfortunately one of the biggest profit centers for them?  Well, the first principles of keeping a healthy immune system to handle cancer, slowing the rate of mutations from telomere shortening in our stem cells, and maintaining the apoptotic tumor suppressors (especially p53 and mediators of contact inhibition).

To understand the more effective, hidden pyramid of cancer prevention versus cancer treatment, check out this diagram I made: 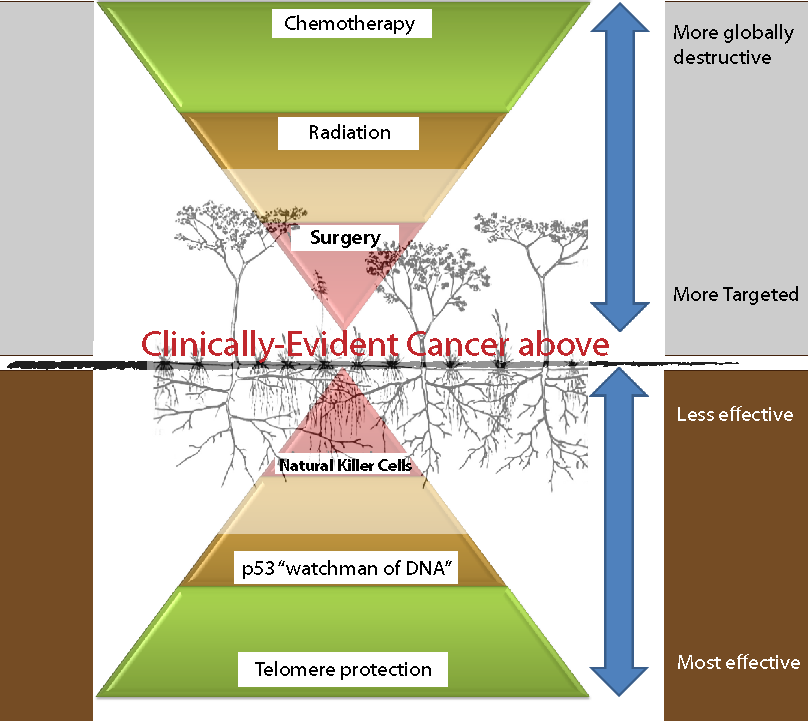 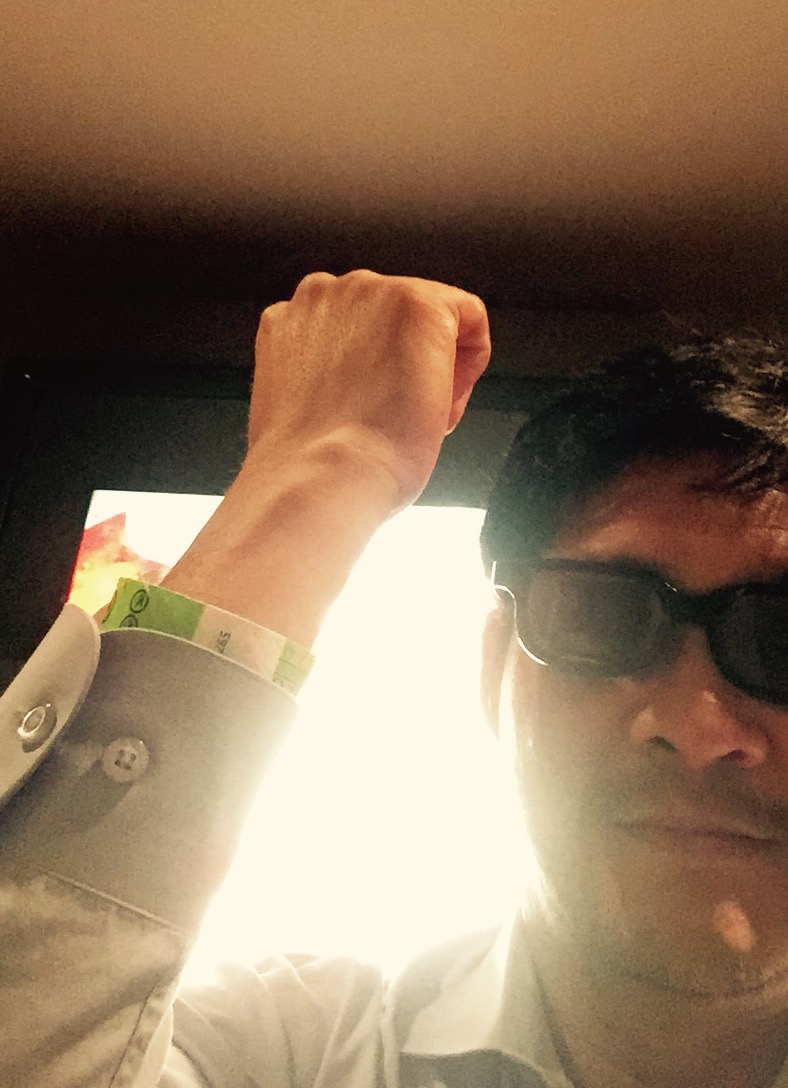 Although everything about the movie was cliché, we don’t go to superhero movies for pathos and drama.  We go to be served food and alcohol in comfy chairs!  I’m not bragging, but it is notable  that 3 out of the last 4 trips to this theater I have gotten carded for looking too close to 21 than I would even dare imagine.  I just ask “why, is there a senior discount?” I swear I get carded more at 48 than 28.

2 thoughts on “Batman vs. Superman (and a cancer stem cell theory)”