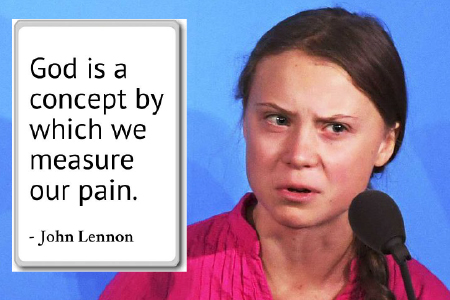 Am I a climate change denier? No, the climate always changes. I challenge you to look up some of the skeptics (aka scientists who won't sell their souls for a buck) before you join this new apocalyptic cult.
15 Responses
Reading Time: 4 minutes
Divided we stand, united we fall

I have been less frequent in commenting on current event and politics but it is not for lack of paying attention. The title of this blog is “divided we stand, united we fall” and it is not mere wordplay but the central engine of reality. Let me explain using eco-fascism as the topic.

I believe that the essence of any healthy relationship with oneself, friends and family, and even other nations and species is having good boundaries. The urge of the narcissist and sociopath is to unite everyone and ignore differences. I cannot be psychologically or spiritually healthy if I believe my own crazy thoughts and allow others to ignore my boundaries. Likewise a family, nation, or species cannot be healthy if it believes everything must be united under one interpretation.

I learned a term this week: The Overton Window. It means the range of acceptable topics to discuss. The Overton Window is the enemy of free thought. In the “cancel culture” if you make great movies but also made a drunken anti-zionist rant while being arrested for a DUI then the racists moniker that Mel Gibson bears negates him as a person. His sin was not being anti-Zionist but rather being outside the window. Likewise, Nobel Prize winner James Watson believes that race is predictive of IQ and he is cancelled.

I want critique the current climate alarmism and point to how it also shows who is controlling the narrative and for what reason. The Overton Window says that you cannot discuss known weather modification programs or if the data comprising the current CO2, temperature, or sea level is accurate.

The question human consciousness asks but never wants to hear the answer to is “why would they lie?” The simple answer is always money, power, and influence. If you perform some due diligence regarding climate science you will find a plethora of people at the ends of their careers (either by age or apostasy) who deride the new religion of climate change.

I had the pleasure of getting to know Dr. Art Janov, the inventor or primal scream therapy. John Lennon quoted Art when he sang “God is a concept by which we measure our own pain.”  I submit that the old original sin of being a wretched human in need of salvation is not playing as well so it was simply retreaded with the “carbon footprint”.  Brainwashing children, closing the Overton Window by declaring the oxymoronic “settled science”, ignoring fudged data, and using the inherent fear of apocalypse against us, we are being asked to cede control of the levers of the economy and our freedoms.

I saw a Saturday Night Live skit about climate change that suggested increased carbon was bad for trees; it is the opposite. The new economy of monetizing carbon emissions is a scheme for greater global control. If you want to learn about the science of weather, you will find two camps: the true believers of this religion who hold that mankind is causing climate change and the ones who violate the Overton Window and act like scientists by discussing data, theories, and models.

I want to tell you about a true story of a young man I met in college. He was raised Christian and believed that the theory of evolution was wrong. He applied to and was admitted to the graduate program of biological anthropology at Harvard as an occult agent provacateur who was going to use the methods of a very soft science to prove an even softer ontology of Christian fundamentalism.

In a way, he is a tragic and heroic figure. But in another way, he is tragic and comic. Why go to the trouble of joining a religion just to be a sleeper cell saboteur? Certainly most of us waste most of our time clinging to the specifics of belief and dogma because the fear and structure that it engenders creates a comfortable prison of meaning. Most of us would rather be bullied into self-censorship, believe half-truths and lies, and ignore the obvious truth of our liberty within a constantly connected human and world consciousness.

I recently re-watched both Minority Report and The Matrix and it made me wonder whether the author, Philip K Dick, was so mind-expanded that he was able to predict our future or whether people used his stories as templates.  When I think of the deep cynicism of George Orwell and his predictions about the rise of fascism I also wonder about his mastery of extrapolation.

In the end, we are all free to believe what we want and live according to those beliefs but we are not allowed to harm others based on our religiosity. As Trump as opined in his recent address to the United Nations, people should have religious freedom and respect national sovereignty. Well meaning people genuinely believe that unanimity of opinion is good when in fact being united in “truth” against actual facts is the death of the human spirit and the end of life itself. As I blogged about here, reality is meant to correct our quantum consciousness from creating nonsense worlds to live in.

I leave you with the this brief and eloquent question about climate change addressed to Jordan Peterson that reveals the sub rosa motivation for climate change alarmism which is no different from the bogus alien disclosure stuff nor the the original sin of Adam, Eve, and Satan.

Am I a climate change denier? No, the climate always changes. I challenge you to look up some of the skeptics (aka scientists who won’t sell their souls for a buck) before you join this new apocalyptic cult. From what I can surmise, this is the farthest thing from a “settled science” that you can imagine.

A healthy society can tolerate diversity of thought and Al Gore’s predictions of apocalypse did not come true. Don’t buy into the fear-mongering. People want to invent a “cap and trade” mechanism for controlling carbon emissions when carbon is good for plant life. Scientist propose blocking out the sun with particles? What could possible go wrong there (sarcasm)? The only thing I know for sure is that people are motivated by fear and greed and this new climate change religion is just a rebranding of original sin for profit.

15 thoughts on “Divided we stand, united we fall”