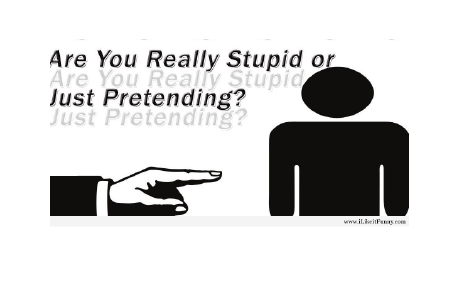 The most efficient method for ascertaining truth is not through trusting experts or holding steadfast to bias but rather by applying Occum's razor in a scalable manner
3 Responses
Reading Time: 3 minutes
Eureka! Human action is always about the Minimax

Tonight, I was reviewing a comment from Terry, a man for whom I have immeasurable respect, and he referenced a term that I hadn’t known: MINIMAX.

It comes from game theory suggesting that people seek to minimize the maximimally-bad outcome.

I guess what may have triggered him was the use of the term “minimax” in Ned Beatty’s diatribe from this blog which referenced the 1976 Patty Cheyevsky’s cinematic masterpiece, Network.

Thanks to Terry, himself a whistle-blower and incorrigible lover of truth, I now deeply appreciate that nearly all human action stems from the minimax principle. This concept from game theory suggests that the reason people don’t do the right thing, ignore the truth about corruption, or pretend that aging is not a major concern, is that they want to minimize the risk of maximal damage.

If we know that the threat of persecution or worse comes from acknowledging the truth, then we choose to remain in a state of delusion. We plug back into the Matrix and swallow the Blue Pill. Only when conditions arise such that the probability of bad outcome from being truthful exceed the probability of bad outcome from maintaining silent, will we conspire willingly towards virtue.

A friend asked me last night why the former president and most powerful woman in Korea, daughter to a powerful dictator, is now in prison when so many others continue to be protected from prosecution in all corners of the world? I suppose it’s because of MINIMAX. It became more likely in the minds of the many who could testify that to tell the truth and remain viable was less likely than not after journalism, legalism, and morality conspired to get to the truth. Such conditions rarely occur but when they do, it is notable.

People are lazy-  but they aren’t dumb. Minimax. That’s the key to all human action or inaction.

To paraphrase, the most efficient method for ascertaining truth is not through trusting experts or holding steadfast to bias but rather by applying Occum’s razor in a scalable manner; it is by gathering knowledge and then asking your intuition to gauge the degree of entropy associated with assuming something is true. That is why one of the epigrams to a chapter in my book, The Telomere Miracle reads “Intuition is the Royal Road to truth”. That is why my book seeks to empower people with basic knowledge about breathing, sleep, consciousness, diet, exercise, and supplements.

For all you people who showed up for the “Day of Science” march which was really an Anti-Trump rally, I suggest you learn more about the “sausage factory” of science and how it represents a lot of dogma, eliding over unknown unknowns, and downright chicanery. Witness the toss up of 33 physicists protesting the challenge to the Big Bang Theory that recently occurred if you don’t think that science has its own heresy and apostasy getting in the way of truth.

For those that accept the risk of telomerase activators, the maximum adverse outcome is the status quo of aging, illness, and death. For those that decline the risks, the maximum risk they are seeking to minimize is a theoretical risk of cancer, wasting money, or feeling like a fool.