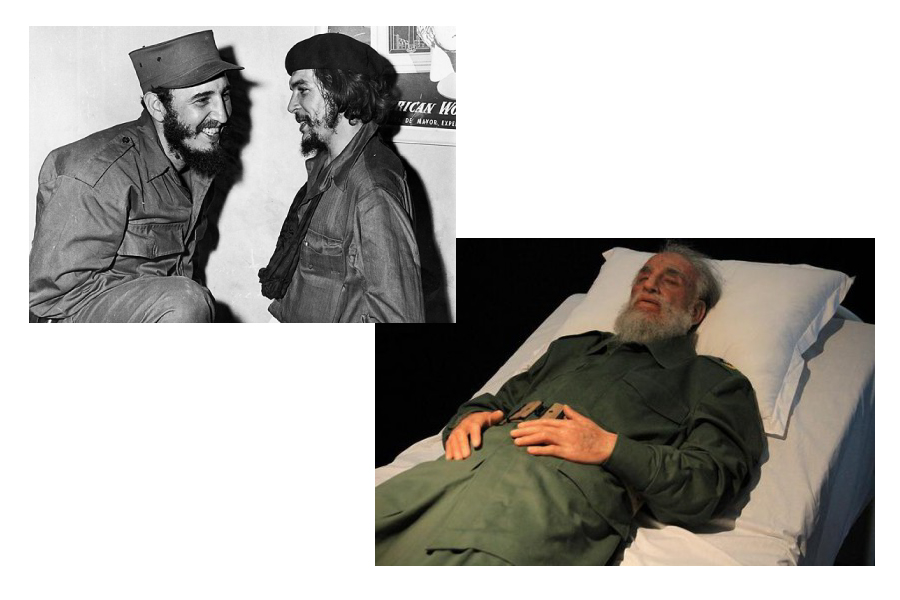 Fidel Castro was 90 years old and like most dictators, institutions, and ideologies, he never lost sight of the "Divine right of kings"
No Responses
Reading Time: 2 minutes
Fidel Castro finally dead at 90

I was walking the dog with my sister tonight when she said something a bit shocking: “Oh! Fidel Castro died. Thank God for death. Otherwise people would just stay around and make everyone miserable.”

Fidel Castro was 90 years old and like most dictators, institutions, and ideologies, he never lost sight of the “Divine right of kings”, ruling over Cuba for 57 years as the Socialist dictator. Simply stated, people in power believe they should remain in power otherwise the universe wouldn’t have put them in power. The same logic applies to CEO’s, church leaders, politicians, and anyone who controls the lives of others for fun and profit.

This failure to recognize one’s own obsolescence and harm one is doing to the body politic is thankfully not shared by cells and artificial intelligence. Sadly, the human ego is a psychopathic and selfish force because we have evolved to be ruthless and prevaricating even unto ourselves.

I think this election season has shown us that with a couple of notable exceptions, nearly every president and candidate in recent memory has had some pretty scary skeletons in their closets. If you want to be horrified, Google common heroes like Gandhi, Mother Theresa, MLK, Christopher Columbus…there are some pretty upsetting things there.

It isn’t that the world is getting worse though- our information is just getting better. People in power usually have help and those offering help require favors. It doesn’t take much in the way of threats, bribes, and blackmail to control most people.

Fidel was a hero to some and a villain to many? His stagnant governance reminds me of old stem cells in an aging body; the problems arise from excessive longevity in the presence of senescent phenotypes, not from lack of telomerase per se.

We need to imagine a world where leadership of corporations and governments is deprecated in favor of rational governance that serves stakeholders according to agreed upon principles and continuous adjustment. The same principles that govern a healthy body, that of lokahi– or balanced flow- should take place in the political economy. There should be self-destruction, rebirth, and healthy maintenance in order to avoid the stagnation of any entrenched oligarchy which is the natural state of man but not any functional healthy living system.

Cancer is probably a relatively common phenomenon averted by immune surveillance and self-destruction as explained in this blog. Unfortunately for the people of Cuba, people like Fidel Castro and any other left or right leaning leader with influence don’t see themselves as the problem that my sister identified. People in power rather enjoy staying in power whereas cells with damage have many ways to kill themselves off as part of their impersonal and absolute programming.