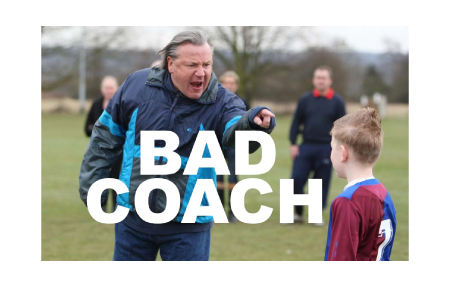 If you just agree and take 110% responsibility, people have no where to go with their anger.
No Responses
Reading Time: 3 minutes
Giving good feedback to jerks… #Daisynaid & the “Insult sandwich”

I had a really bad feeling this morning because I felt ambivalently remorseful about an incident that happened yesterday.

I was angry about my son’s club volleyball situation. They practice 5 hours on the weekends and 1-2x per month, then spend 7-10 hours at a Saturday tournament. Oliver had shared setting duties on his volleyball team for the tournaments for 7 months. I have been to nearly all of his games and seen hundreds of plays and I honestly, as a former volleyball setter and longtime watcher of my older son’s years of club volleyball, judged that my son was a little better, but certainly no worse than the other setter on the team.

Two tournaments before, a walk-in coach who had not seen Oliver play for the last 24 games, made a decision to just stop playing him as setter. I wasn’t at that tournament but I was told by other parents and my son that he sat on the bench and had about 10 plays in a 6 hour tournament. Let’s just say Oliver behaved well, cheered his teammates on, but was distraught afterwards.

At this weekend’s tournament, I politely mentioned to that part time coach that Oliver had become used to playing the position for the club and that he had success as a setter, having lead his 7th grade team to league victory despite having only 20 boys to draw from versus over 200 in the rival schools. He was unmoved and frankly uninterested by a feat that hadn’t been achieved in 20 years of boys volleyball.

After the next day’s practice, I felt I had to speak with his two coaches and although I resolved to be brief and kind, I got lost in a 20-minute discussion which occasionally evoked the four horsemen of poor relationships: defensiveness, stonewalling, contempt, and criticism.

I am not sure how the two young men experienced my message but based on one of their reactions, I was not forthcoming enough with words of praise and gratitude. I was mad and I didn’t feel that firing a kid from his designated position on the lowest skill level 13yo’s team was justified. It turned into a bit of a lecture on youth sports, self-esteem, and fairness.

When I replay the event in my mind, I realize that I should have opened with sincere gratitude and praise and also closed with that. That “Insult sandwich” technique, which I was taught during residency for supervision juniors, gets the best results. But my Leo ego got in the way and all I could think of was the tremendous injustice of stepping in as coach and just benching a kid who had worked seven months to play a certain position without any explanation or remorse.

When we are hurting, we want others to hurt. But when we are calm and allow people to be understood, then common ground can be found. The silent, more permanent coach who knew and played Oliver as setter, didn’t react with hostility because we had more of cordial relationship and he could hear the reasoning I was presenting. But the one who benched my kid kept on defending his decisions, negating my observations, and being combative because he could only hear it as a personal attack.  Remember, I literally founded the volleyball team at my high school before either of these young men were born and I felt the new guy had unfairly hurt my child. As the adult, I could have handled it in a more diplomatic fashion but I got lost in the moment.

So DAISYNAID to all of you in your lives dealing with conflict and a bruised ego. I hope you do better than I did.  Luckily Oliver was not listening. Maybe I need to read my own blog about “going with the flow”.

My son had begged me not to say anything and during the fray, both coaches had nothing but great things to say about my son. They said they would play Oliver as setter in the next tournament. Afterwards, Oliver thanked me for standing up for him and I reassured him that his coaches knew he wasn’t to blame for my feedback.

I don’t like conflict and I dislike hurting people’s feelings. But maybe the stonewalling coach should have just let me vent more without reacting too. Another thing I learned in residency is if you just agree and take 110% responsibility, people have no where to go with their anger.

I know my kid isn’t the greatest player in the world but when ego is combined with ignorance and it conspires to make my kid internalize an undeserved sense of failure, someone is going to hear about it.