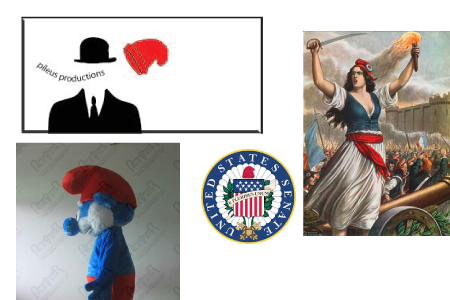 I went to get my usual croissant and cafe-au-lait today and was greeted by the pileus, or Phrygian red cap worn by freed slaves during the Roman Empire. It was in commemoration of Bastille Day, or the start of the French Revolution and the end of Feudalism in the modern era.
No Responses
Reading Time: 3 minutes
Happy Bastille Day! – Now why the red caps?

I went to get my usual croissant and cafe-au-lait today and was greeted by the pileus, or Phrygian red cap worn by freed slaves during the Roman Empire.  It was in commemoration of Bastille Day, or the start of the French Revolution and the end of Feudalism in the modern era. 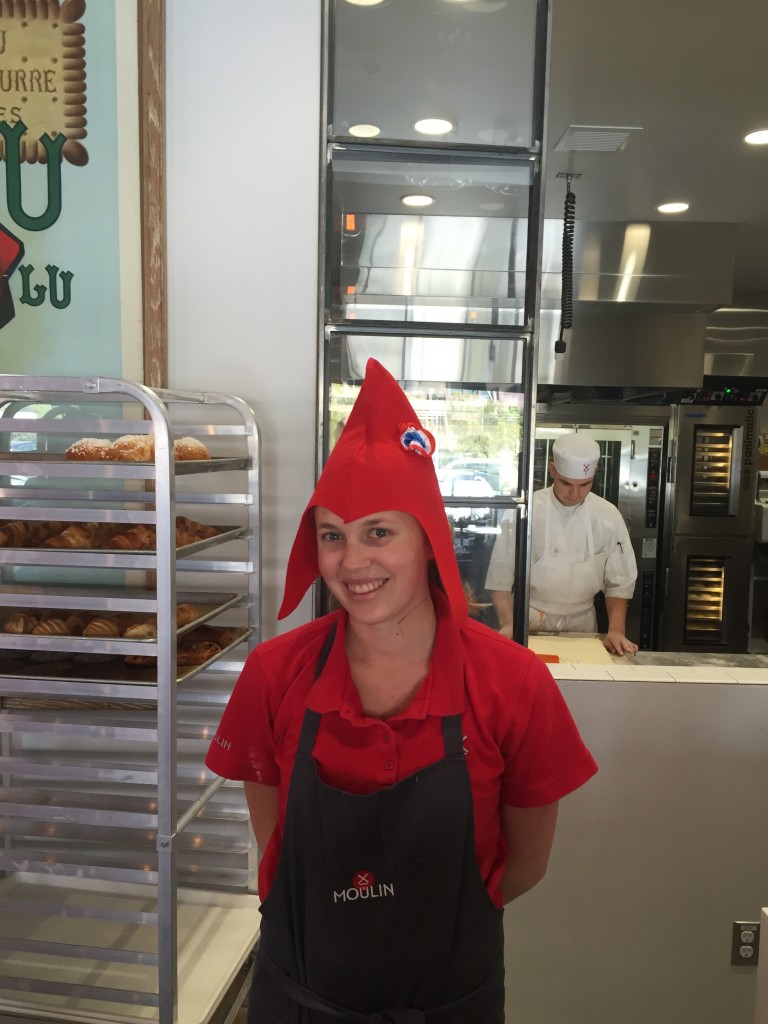 At Christmas, elves wear them because during Christmas was adapted from the Roman holiday of winter solstice, or Saturnalia week, during which time even the current slaves could pretend to be free and the masters would have to serve them and indulge them with spare change as they roamed the streets in a sort of grown-up drunken trick-or-treat societal pressure release valve.  The French proprietor of the restaurant didn’t know the significance of the red cap but then neither do the elves that work for Santa.

On July 14, 1789, French activists stormed the Bastille to seize weapons and gunpowder, fearing that King Louis XVI would attack them and disable the “Third Estate” or the people, who were drafting a new constitution.

There were three branches of representative government in the Estates-General but it hadn’t assembled since 1614. The First Estate (303 representatives) represented the 100,000 Catholic clergy and it owned about 10% of the land and collected its own taxes (the tithe) on peasants. The Second Estate represented the nobility, about 400,000 men and women who owned about 25% of the land and collected seigneurial dues and rents from their peasant tenants. The Third Estate representation was represented by 610 men, representing 95% of the population.

As the founding fathers of this nation realized, power and coercive force (via the gun or the mortgage) naturally consolidate into oligarchy. Some conspiracy buffs thing that is why Operation Jade Helm (Joint Assistant for Deployment and Execution of Homeland Elimination of Local Militia- one possible interpretation), launches tomorrow. It’s a special ops war game they believe could be aimed against the armed militia that the second amendment EXPLICITLY sets forth as protection from tyranny:

“A well regulated Militia, being necessary to the security of a free State, the right of the people to keep and bear Arms, shall not be infringed.”

The ownership of humans persists today and arguably, despite the abolition of debtors’ prisons, we have all assented to be slaves to money and false reality in this lifetime.  Of note, the racial aspect of slavery was a new invention premised upon the need to justify European colonialism and hijack the scientific ideas of evolution.  In my Houston Film Festival Award-winning screenplay “Nike’s Last Stand”, there is a scene where a black African man (Copt) is whipping white Germans (Goths) and that is entirely accurate as slaves would have been captured Germans from the frontier wars in the late 4th century CE.

In my new biopic about Edward Dudley Brown, a real former slave who won the Belmont Stakes and then trained four Kentucky Derby winners during Reconstruction, Ed gets the better of some Germans who have come to the farm to mate their broodmare to the most prolific stud horse of the 19th century, Lexington.  The German Baron starts explaining that negroes make better jockeys because they are more animal in nature. Ed, having read Gibbon’s The Rise and Fall of the Roman Empire, uses the history I mentioned above to zing them: 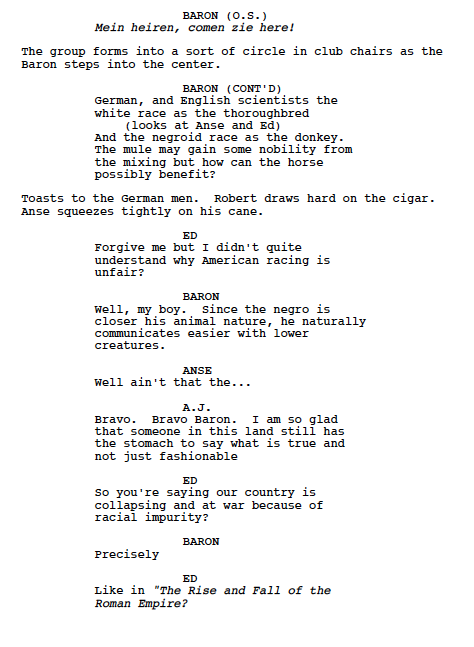 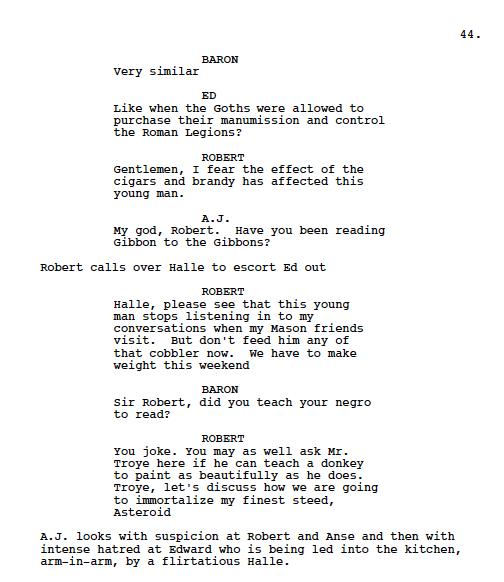 Logline:
“The illegitimate black son of Kentucky’s greatest thoroughbred breeder jockeys to win his freedom and to reunite his mother with his owner/father. After his father is assassinated, he trains four Derby winners and takes on the Ku Klux Klan and racism in America armed with his courage and wits.”

You can download a very rough first draft of “The Brown Dick” here.

Liberté, égalité, fraternité!
(unless you’re down with the absolute power of the state, which is also a choice)