Today, Thursday February 19th, 2015, is the first day of the Chinese year of the Goat. The Chinese year varies based on the Lunar year which is about 354.37 days, or twelve moon cycles with the intercalation (timekeeping) extra 13th month added every 2-3 years. Interestingly, the Islamic New Year is purely lunar without intercalation and so the months bear no relation to the seasons. Now, we all learned that a calendar year is 365 days with an extra day every 4 years (leap year) But there are two other kinds of solar years: tropical and sidereal.
No Responses
Reading Time: 4 minutes
Happy Chinese New Year! Here is an explanation of a solar year.

Today, Thursday February 19th, 2015, is the first day of the Chinese year of the Goat. This post will explain how perceive the sun’s movements, how we keep time, and where our holidays come from as most of them are based on the sun’s relative position in our sky. 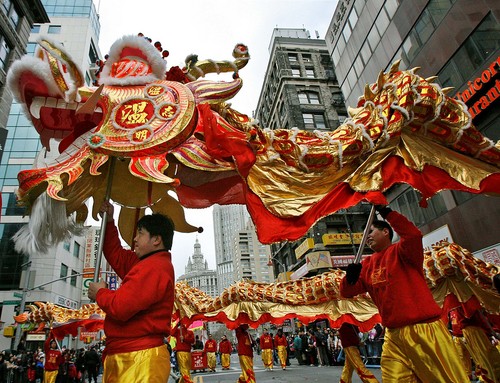 The Chinese year varies based on the Lunar year which is about 354.37 days, or twelve moon cycles with the intercalation (timekeeping) extra 13th month added every 2-3 years.

Interestingly, the Islamic New Year is purely lunar without intercalation and so the months bear no relation to the seasons.

Now, we all learned that a calendar year is 365 days with an extra day every 4 years (leap year)

But there are two other kinds of solar years: tropical and sidereal.

The tropical year is the time it takes for the sun to return to its same position in the sky relative to our view of the sky, not relative to the universe though. So it represents the time from one March or September equinox to next year’s same equinox.

What’s an Equinox?  On that day, all over the earth, the day and night are both 12 hours (hence equal nox, or night).  This next part is a bit confusing but worth figuring out. Look at the picture below and imagine you are on the earth, looking through the sun and that will show you the relative position of the sun in the sky as we go around it once a year.

In the above diagram, the earth stays where it is (or moves 1/365th per day) and so the sun would always appear in the same constellation if we could see it with it’s brightness turned off.

Of course we spin on our polar axis every 24 hours as shown below. So looking into the sky during the north’s spring and summer months, the arc that the sun appears to make in our sky as we spin every 24 hours will appear above the imaginary plane of our equator which would extend like Saturn’s rings or the plane defined by holding a hula hoop.

The sun’s position relative to the constellations during any time of the year is found as a point on the red circle at 1:00 to 7:00 in the top diagram.  For northerners, this will look like summer with long days because the sun is high in the sky and shines more on the northern hemisphere.  In winter, northerners will perceive the sun arcing lowing in the sky because it is below our imaginary hula hoop. (See Tropic of Capricorn below).

Okay! You get the equinox now what’s the solstice? Look at about 9:30 on the red circle in the top picture again.  You see that the Earth is at 3:30.  That corresponds to the June solstice, when the sun appears to sit still and starts moving back towards the earth’s imaginary, equatorial plane with the universe and our apparent horizon. On that day (June 22st this year) at the 23rd parallel north (the Tropic of Cancer) the sun will appear directly overhead. Afterwards, it’s starts to “drop” in the sky and the nights get longer.

Now move the earth to 9:30 and the sun on the “celestial sphere” to 3:30 and you have the December solstice when Romans celebrated Saturnalia (and the Aussie’s have to explain to their children why Santa needs a warm coat and a snow sleigh to visit them). This solstice is the time when the undefeated sun staged its comeback (but only relative to the north) and it will start to “climb” back in the sky as the days grow longer. This picture shows how the sun favors the south at this time when at the 23rd parallel south (the Tropic of Capricorn”) the sun would be directly overhead.

The Tropical Year is 6 hrs longer than the calendar year which is why we have an extra day every four years.  But there is another solar year called the Sidereal year or the time it takes the sun to return to the same position relative to the universe and it is 20 minutes longer than the tropical year because of the “procession of the equinoxes,” which is the movement of our view of the constellations at the time of the equinoxes that rotates on a 26,000 year schedule due to wobble of our axis.

So how many times do we go around the sun in a lifetime?  In the time of Noah, it used to be 900.  In the time of early man it was a few dozen tops. But with the advent of adaptogenic herbs, who knows?