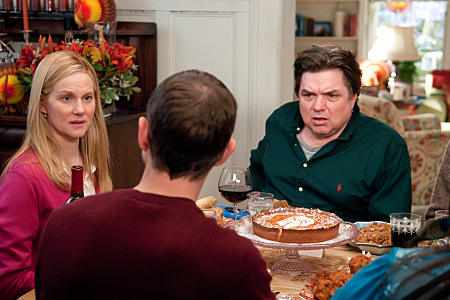 We are here to help each other and find meaning, not to wear grotesque happy masks or engineer an artificial set point for bliss.
No Responses
Reading Time: 4 minutes
Have a conscious, not necessarily a happy, Thanksgiving Tonight, I am thinking upon the meaning of gratitude, which is at the heart of the Thanksgiving celebration. When you sit down with your wonderful and even your unpleasant relatives tomorrow, consider the totality of the experience and embrace it.

When I think about what it means to be truly grateful, I remember what the Dalai Lama said about the Chinese authority that imprisoned and tortured Tibetan monks; he said that he was grateful for the patience that his enemies taught him. behind. He was considered a terrorist by Thatcher and Reagan.

Bin Laden was on the US payroll as a freedom fighter, paid to shoot down Soviet helicopters in a proxy war in Afghanistan against the Soviet Union. Sound familiar in light of yesterday’s downing of a Russian plane in Turkey?

Why don’t I wish you a “Happy Thanksgiving?”   Let me state that I don’t believe a laudable goal of life is feeling happy, per se.  Paraphrasing one of my favorite movies, My Dinner With Andre, Andre Gregory describes how if you were to act as if nothing had happened and didn’t acknowledge the grief a person felt after losing a loved one, they would think you were a monster; but in many situations, wouldn’t bringing up uncomfortable truths make us seem monstrous in our society?

I believe the highest purpose of living is to learn, be useful, and to persevere.  Viktor Frankl, philospher and Auschwitz survivor said it best when in his book, Man’s Search for Meaning:

What was really needed was a fundamental change in our attitude toward life. We had to learn ourselves and, furthermore, we had to teach the despairing men, that it did not really matter what we expected from life, but rather what life expected from us. We needed to stop asking about the meaning of life, and instead think of ourselves as those who were being questioned by life—daily and hourly. Our question must consist, not in talk and meditation, but in right action and in right conduct. Life ultimately means taking the responsibility to find the right answer to its problems and to fulfill the tasks which it constantly sets for each individual.

The question of whether it would be desirable to be happy chemically in a totalitarian, engineered state was assailed by Aldous Huxley’s Brave New World in which the citizens were conditioned, divided, and medicated into a soma-induced haze of tranquility.  David Pearce, a transhumanist who would prefer we engineer the human condition towards bliss, takes issue with the dystopian version of Huxley’s opus in an interesting YouTube Video argument that we are in a “Darwinian Late Antiquity” now for rejecting a genetically-engineered state of bliss where we could all be a cross between Einstein and Jesus. I submit that when we are disconnected from any of our centers of energy or awareness (i.e. or chakras), we suffer and will descend into psychopathy.  The mind operating without connection to the other aspects of being is what allows this drone operator, “Sparkle” to kill with impunity.

But reintegration with the truth is painful and costly and in the case of these ‘whistleblower’ drone operators who wrote an open letter to the Obama Administration stating drone strikes were fueling Islamic terrorist recruitment and violated their oaths.  Their assets have been seized and their parents intimidated by US intelligence authorities.

Our lives are a chaotic flux of energy movement that coalescences into matter and memory.   We experience these phenomena as consciousness and not all that consciousness is pleasant. But if we seek to block it out, it hardens into areas in our body and psyche and leads to dis-ease, which manifests as disease.

As Frankl points out, man’s search for meaning is not found in the pages of ancient tome of allegory, but it is deeply personal.  Unless and until we are able to integrate all the feelings and truths of what we are experiencing, we are not living in conscious meditation but rather in a dream state or a red-pill artificial reality as presented in the movie, The Matrix.

Yes, in this life, there will be people who will wish you dead for merging in traffic. There will be times you want to hurt those who awaken insecurity in you.  But the kingdom of god is within you and among us and if someday we are able to engineer bliss, I would argue that would no longer be a human, but rather a post-human, existence.  It is not a zion that we can enter with our current identities and perhaps not one we would even wish for.

Be thankful and grateful; but also be conscious

of all the good and not-so-good aspects your reality.  We are here to help each other and find meaning, not to wear grotesque happy masks or engineer an artificial set point for bliss.

Afraid of losing your appetite whilst indulging the ridiculous political opinions of your relatives? Feel free to enjoy this SNL skit then…