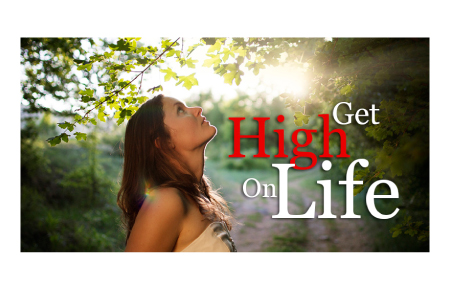 I was speaking with a patient today who is taking my adaptogenic RECHARGE supplement for the last two weeks.  She noted that she felt happy, less anxious, and was surprised to find that things that would have previously put her into a tailspin were now easy to shrug off. She demanded to know why!

Another person told me today immediately after taking RECHARGE, even before sleeping, she felt like she was in a better mood and light and joking around. Why?

I explained to both patients that adaptogens don’t do anything per se but they make things flow better; they allow you do be more intuitive and go with the flow of your natural tendency towards peace and freedom. Practically, they work by various mechanisms of actions which involve what I call the “upward spiral” of optimism, better mood, higher productivity, more resilience, etc….  But I think the truth is that they probably also make you “high on life” via the endocannabinoid system. Opiods are involved with pain and euphoria but the reason that people like getting “high” on marijuana is that there is a broad class of cell signaling that involves natural cell signaling based on the cannabinoid molecules in marijuana as well.

So although there may be a slight euphorogenic tendency from taking TA-65 or RECHARGE, it is not subject in my experience to the same downfalls as we usually expect from drugs: dependency, tolerance, and withdrawal.

To understand more about depression, watch this podcast that I did on the subject: