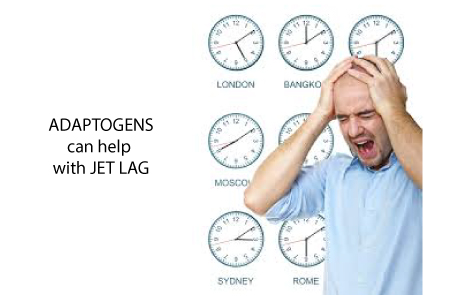 Before sleep, we all took RECHARGE, which allowed us to get nine solid hours of sleep. Combined with the sunlight we received the day of our arrival and the next, we avoided jet lag completely and had four more productive days around town.
No Responses
Reading Time: 3 minutes
How we managed to prevent jet lag

We began our three week vacation to Europe on August 12th. We were fortunate to have a direct flight from LAX to Charles de Gaul in Paris but we didn’t want to lose any precious time after getting only 6 hours of sleep on the red eye. We arrived in Paris at 7AM California time, took a 90-minute nap, and then stayed up for another four hours, riding bikes, to visit the Montparnasse Tower, and then dining at the famous La Coupole brasserie. Before sleep, we all took RECHARGE, which allowed us to get nine solid hours of sleep. Combined with the sunlight we received the day of our arrival and the next, we avoided jet lag completely and had four more productive days around town.

Interestingly, the prime determinants of our daily internal clock, which is set to 24.25 hrs, is mediated through the pineal gland, the so-called “seat of the soul”, or neural center for what in some animals remains a third eye.  The blue light comes into the eyes and suppresses the release of melatonin, the sleep-inducing hormone.

Although melatonin is commonly used as an over-the-counter supplement, we must be careful because it is the body’s actual zeitgeiber (or time giver) and it recalibrates us each time we take it, running the risk of having circadian confusion. It is actually a controlled substance in Europe so if you need it, bring your own from the U.S. and consider not labeling it as such.

Since we are grounded to the earth and living under the blue sky, we need these cues to stay in good LOKAHI, or flow.  Astronauts commonly suffer from an weird syndrome and that may have to do with the lack of grounding to mother earth’s electromagnetic fields and the disruption of the circadian rhythms.

Seasonal affective disorder, common in the latitudes were there can be very few hours in the winter, can affect most people to a strong degree.  It has been found that being in front of blue lights can reduce the rate of alcoholism, depression, and suicide in those climates.

For more info on circadian rhythm, see this blog and this video.

I recommend traveling with a few capsules of RECHARGE when switching time zones and getting plenty of sunlight when in the new time zone.  If you are in a northern area during summer, good sleep hygiene is very important; sleep in a dark room because even the skin has receptors for light which can disturb your body’s critical restorative phase of sleep.