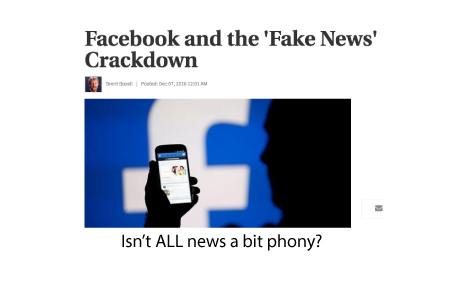 We as Americans living under a consensual no-fact zone of infotainment, are now unable to discern the fake from the real because news is meant only to inflame our empathy by creating emotional conflict.
No Responses
Reading Time: 3 minutes
Is “Fake News” now a thing?

I want to promote the new book of Professor Paul Bloom, who posted on Facebook that he seldom posts but enjoys  consuming the 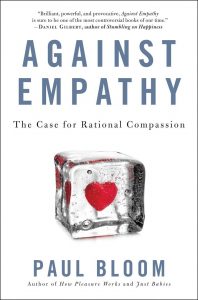 “fake news”. His book is called Against Empathy and I have purchased a copy based on my experience of listening to his lecture at a Renaissance Weekend ideas festival years ago. He argues that empathy leads us to making irrational decisions and I can think of no more important message for our times than his.

Before we accept the notion of “Fake News”, I recommend you compare and contrast the content and presentation of US cable news networks and the BBC News World Report. When I listen to CNN, Fox, and even NPR, the 24-hour news cycle seems obsessed with inflammatory memes. There are stories of victims, bigotry, and general negativity.

When I listen to the BBC News, I am reminded of what journalism once was. It is informative, impartial, and aims at trying to explain the underlying story mechanics without resorting to sensationalism. But it is a drag to understand how chaotic the world is. How much more satisfying to consume the gladiatorial muckraking that constitutes American infotainment.

There have been Wikileaks emails suggesting that CNN and DNC officials colluded through sharing and even crafting of debate questions. Instead of denying the allegations as fake news, a finger is pointed at Russian collusion, making some people conclude the emails are real. Are those people naive consumer of fake news? It is hard to tell. In fact, the deafening silence around denying the authenticity of Wikileaks is disconcerting to many. 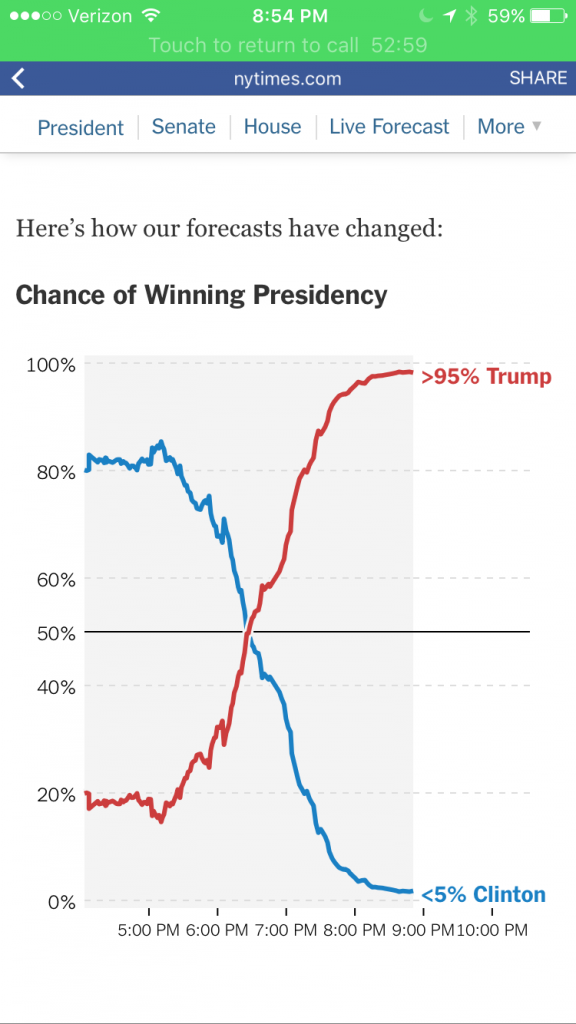 On election day, the New York Times posted this real news about the chances of winning the presidency.

Perhaps if the media had spent more time understanding how hopeless the British electorate and the “Rust Belt” people had become instead of pandering to an identity politics narrative, so many hypnotized people wouldn’t have been so surprised by the passing of Brexit and the election of a populist with a game show host demeanor.

Returning to Professor Bloom’s point, we as Americans living under a consensual no-fact zone of infotainment, are now unable to discern the fake from the real because news is meant only to inflame our empathy by creating emotional conflict.

Reporting on Santa Claus and how he omnisciently  knows whether you have been good or bad is the bedrock of our shared cultural delusions. Can you imagine the hatred a group of well-meaning children would face if they started a political movement banning the promotion of Santa Claus to young people?  Before you cast stones at other people’s “fake news”, first examine to see whether your walls are made of glass.

Here is an ABC Fake News story on Santa’s House being listed for sale on Zillow that might not have passed the BBC Editorial review process. Perhaps learning that all news is biased, hyperbolized, and not statistically sound is a first step to waking up from the dream of history. 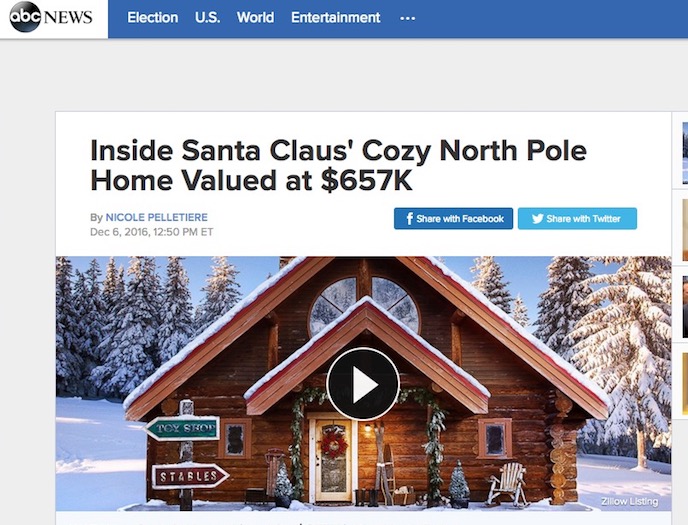