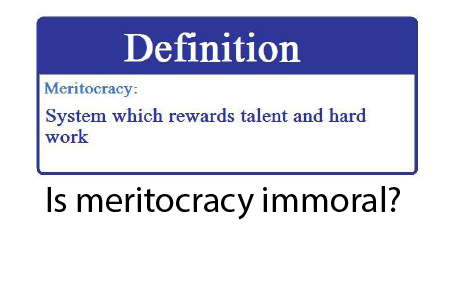 Is this even okay to suggest that we can cherry pick who we want to enter our country and then give legal citizens preferential treatment?
No Responses
Reading Time: 4 minutes
Is meritocracy only okay in sports?

If I were to tell you that a program to eliminate “inferior” people was being promulgated, you would probably think about Nazi eugenics and the persecution of Bolsheviks, Jews, homosexuals, gypsies, and disabled persons.

But what if I told you that the founder of the American Birth Control League (which became Planned Parenthood), Margaret Sanger, said this about contraception and abortion:

I consider that the world, and almost our civilization for the next 25 years, is going to depend on a simple, cheap, safe, contraceptive to be used in poverty stricken slums, jungles and among the most ignorant people.”

The darling of the hypnotized left, Justice Ruth Bader Ginsberg, echoed these sentiments in a 2009 NYT interview decrying the lack of federal funding for abortions:

Frankly I had thought that at the time Roe was decided, there was concern about population growth and particularly growth in populations that we don’t want to have too many of. So that Roe was going to be then set up for Medicaid funding for abortion….

I don’t want to get into the ethics of abortion but rather the ethics of meritocracy.  President Trump recently gave a speech declaring an expansion for immigration of people with skills. Is this even okay to suggest that we can cherry pick who we want to enter our country and then give legal citizens preferential treatment?

Back when my parents were trying to enter the US in 1959, there was a racial ban on Asians in general. They were able to immigrate because of medical and nursing training and then had to emigrate to Canada, where I was born. To some in the left, the very idea of meritocracy bumps up against a fixed false belief that to discriminate is bad. When we talk about some people being “better” than others, our American sensibility of fair play and non-discrimination triggers revulsion but the fact is that every decision we make is based on discernment and relative value.

If we look at professional sports, we don’t attempt to provide equal representation on the basis of race. We want the best to compete. When it comes to putting a basketball through a hoop, no one would allow an African-American, who is well represented in the sport, to have the hoop’s surface area decrease if he or she is shooting the ball. Yet when it comes to the evaluating applications to elite educational institutions, that is what is being done with people of Asian descent. If I said that certain races are “just better” at sports like people say that Asians are “just better at test taking”, aren’t those racist sentiments that denigrate the accomplishments of individuals?

These days, the college campuses and mass media are infecting minds with a notion of “ableism”. This is the prejudice of people who are “able” to do something against people who are unable or less able. Back when we were kids, not everyone got a trophy just for participation but that is the ethos now and to actually discriminate based on ability has become another “ism” to decry for some.

The fact is all of life is a test of our abilities and that the “politically incorrect” comments of Sanger and Ginsberg reflect elitist prejudice against people who, given better education, opportunity, and less persecution, could move in society more freely thanks to American fairness and decreased bigotry. Shame on the prison-industrial complex, Hollywood, and the welfare system that breaks up families for the devastation that they have wrought disproportionally upon certain groups.

In no other country or time in the world are people so reticent to proclaim there own rights above those that are not legal immigrants. People here illegally can get driver’s licenses, use social security numbers, and even vote. I know that many dislike the overwrought style of Fox News commentator Tucker Carlson but he does bring up a good point in this segment. The guest, a former DNC communication director says our declining birth right means we need more immigration. Carlson counters that we should make it more affordable for Americans to have kids. The video starts after his monologue, which you can hear by clicking in the lower left.

I don’t find a preference for Americans to be nearly as regressive an opinion as those of Sanger and Ginsberg who espoused population control of disadvantaged groups.  If the 2008 bail out had gone to the middle class homeowners rather than to the bankers, would we have more Americans now able to afford children?  You might be surprised to know how many people of all ethnicities agree that Americans do deserve preferential treatment, especially amongst those who waited their turn and went through the proper channels to enter the country and participate in the most socially fluid and least prejudiced meritocracy in the world.