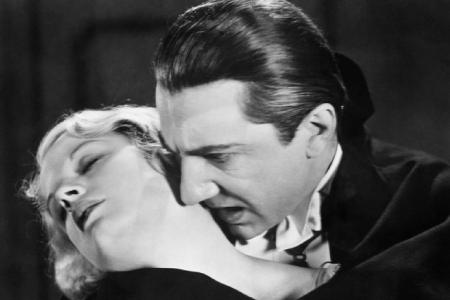 Cells in their prime act better and influence the ecology of the host differently. When scientists make a chimera by sewing a young animal to an older one, the younger animal's cells have a 'youthening' benefit to the older half of the surgically-Siamese twin.
No Responses
Reading Time: 3 minutes
Is vampirism your key to rejuvenation?

Just a quick comment about the use of younger donor cells to rejuvenate a host.  As this article shows, when a person with no functioning blood production (aplastic anemia) received donor white blood cells, longer white blood cell telomeres were associated with better clinical outcomes.

This shouldn’t surprise anyone because it would be like saying car parts from a junk yard work better when they are harvested from a 2-year-old car versus a 6-yo or 10-yo model.

But are the telomeres the actual reason for the improved outcomes? I would guess yes and no.  The presence of longer telomeres is a proxy for a younger, less damaged cell.  But also, the telomeres themselves have functions and having shorter ones means the cells are closer to mutation and cell senescence or death.

The use of younger blood to rejuvenate may seem like a Transylvanian social justice metaphor, but it is literally true that as long as immune incompatibility isn’t harmful, young blood does rejuvenate you. Check out this trial.

What’s going on here?  I would guess that it is not the factors in the serum so much as the byproducts of healthy cells that are creating the cytokines and the behaviors that make the other cells happy.  But don’t forget that immune cells themselves are the sina qua non of being young and may be functionally related to staying young by virtue of their many functions. See this page for more info.

The bottom line is that people place too much importance on genetics, cell nutrients and such.  The most impactful level of ‘agency’ is the cell because they are like people.

But if you give Navy Seal recruits absolutely nothing, despite horrible family medical histories and feeding them infected slop, they will still be a formidable fighting force.

Cells in their prime act better and influence the ecology of the host differently.  When scientists make a chimera by sewing a young animal to an older one, the younger animal’s cells have a ‘youthening’ benefit to the older half of the surgically-Siamese twin.

In my book, TELOMERE TIMEBOMBS, I use this illustration to explain one of the mechanisms of faster nail growth and exercise recovery both within one person and between individuals. So what’s the take home point?   “Navy Seal” cells will benefit more telomerase activation than older cells but they also inspire the other cells to rally as well. So it really is better to start TA-65 in your twenties rather than in your sixties.

Should you consider blood transfusion or stem cell transplant from another, younger person? No. It is expensive, unproven, and potentially harmful because of host and graft incompatibility.  It is better to use a telomerase activator or adaptogenic supplement that can work with your existing stem cells.