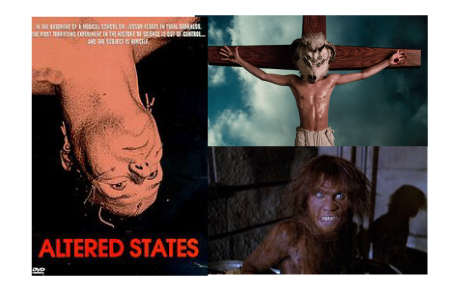 All states on consciousness, from tripping on mushrooms all the way down to a vegetative coma, are merely on a continuum
No Responses
Reading Time: 3 minutes
Life is but a dream…

We recognize two states of consciousness – awake and asleep. But what if that dichotomy is just a bias of experience? What if all consciousness is on a continuum?

Sleep is defined as a state of limited self-awareness and highly filtered sensory input during which various physical and neurological repair mechanisms are prioritized. As I described in this blog, your mind can efficiently “subtract out” complicated sounds like music while you sleep, to say nothing of stimuli of temperature, touch, smell, and sight.  But any of those stimuli, presented in a manner that is interpreted by the consciousness gatekeeper as noxious, can rouse us from sleep.

We perceive our waking lives to be qualitatively different because we are conscious, but how conscious are we really?  The undeniable strength of the ego program- “I am, I want, I need, I seek, I fear” makes it seem that we are conscious and aware, but you can recognize that limited self-awareness and highly filtered sensory input could also describe much of our awake time.  Like my yoga instructor said to me today “I get to where I’m going in my car, not knowing how I got there”.

But when excessively automatic thoughts pertain to loved ones, our relationships suffer because we are not present for them. When they pertain to people we perceive as “other” by virtue of our own small egos and imaginations, the world suffers from lack of empathy and cruelty.

We can truly appreciate how “asleep” our waking lives are when we consider a third, altered or psychedelic state, in which creativity, connections, unrestrained awareness are enabled by drugs known as “entheogens” or “god-creating substances”.

When the mind is deprived of its ability to label, ignore, and filter all “irrelevant” thoughts and sensations, we are hardly be able to function as an adult humans.  But that does prove that there is more consciousness that we are not willing or able to access when we are conducting ourselves as mere humans. I wish to point out that a flow state, probably highly correlated to the endocannabinoid system activated by THC, is implicated as a mechanism of how telomerase activation is created by TA-65 and how people stay ‘high on life’.  It may have a lot to do with how cannabinoids help to fight cancer.  In other words, the cells are feeling ‘groovy’ and they act accordingly to keep you younger, healthier, and more resilient.

POSTSCRIPT:
I was inspired to write about this because of a vivid and seemingly lucid dream I had last night.  I downloaded an app that plays soothing music and sounds and have recently been listening to “womb” which is a muffled maternal heart sound as heard through amniotic fluid.  Perhaps that wasn’t such a good idea…

I dreamed that I was trapped in a very uncomfortable situation with some unpleasant people and then suddenly realized I could escape by concentrating on the “womb” sounds playing from my iPhone.  When a woke myself up from that dream I remained another dream, telling my friends about my relief at having escaped the nightmare I was in.

The fascinating thing about the dreams while taking TA-65 or RECHARGE is that the qualia (or subjective states of experience) that users experience are so much more vivid that they can be confusing as to whether they happened in waking life or in dream life.  The expression used to describe this phenomenon is one of immersion with people saying “It’s as though you’re IN it”.

Of all the signs or heuristics of efficacy while taking TA-65 or RECHARGE, I have found dreaming, however subjective, to be the most reliable indicator.  For more info, see this podcast that I did explaining the enhanced dreaming that occurs on adaptogens:

If you made it this far in the blog posting, I just want you to consider that perhaps all states on consciousness, from tripping on mushrooms all the way down to a vegetative coma, are merely on a continuum with various arbitrary set points that we can modulate through mindfullness, abandoning ego, and better sleep hygeine.

In the movie, Altered States, William Hurt’s character uses a sensory deprivation tank and psychedelic drugs to actually go so far as to transform his physical form into a more primitive hominid- perhaps this kind of epigenetic atavism is not so far-fetched when we consider that we share 96% of the same genes as chimpanzees.