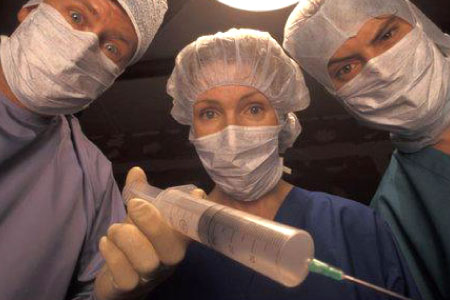 You don't owe your doctor anything and they certainly don't care much about you anyway.
5 Responses
Reading Time: 4 minutes
My cancer workup and the coercion of modern medicine

I want to share a story that might frighten you. As a patient and a doctor, I understand the medical system as it works for both parties. Let me just say, the system works for neither party very well but it does serve makers of procedures, devices, and insurance companies.

A few weeks ago, I had some blood in my urine. I am a trained medical doctor and I was faced with a choice that many of you will face: ignore or see a doctor. I could assume it was something minor and ignore it unless it happened again, or I could ask an expert.

There are a lot of causes of blood in the urine and so I asked my brother-in-law, the urologist. He said I needed a cystoscopy (surgical look into the bladder) and a CAT scan (radiation to image the genitourinary system). Both are costly and have risks.  The cystoscopy can cause trauma and the CAT scan produces ionizing radiation and DNA mutation.

So I went to see my general practice doctor (after a 9 year hiatus), who also said I needed at least an ultrasound but who strongly recommended a CAT scan.  I said that I would do urine cytology and my own ONCOBLOT testing instead. He wasn’t happy. I politely said that if I had a small malignancy that could be caught and cured with a more sensitive CAT scan, I would accept the potential risk or late diagnosis for the benefit of allowing my immune system and the inherent fragility of cancer cells to take care of any problem. For now, just the urine cytology would suffice.

I am not an idiot. If there is a problem, it will continue to declare itself. But the doctors don’t have any incentive to find a gentler, conservative path because they lack the time and focus to make step-wise, conditional decisions.

Why do doctors always sell us on the most invasive, costly, and dangerous evaluations? It is game theory. No one gets sued for ordering tests, but they do get sued for missing something. Secondly, it is hard to discuss a completely informed consent for refusal of evaluation with a non-medical person who can’t clearly articulate and quantify relative risk scenarios. Finally, most patients don’t believe that they are always getting cancer and curing themselves and are so frightened that they will literally do anything a doctor recommends.

When I got my urine cytologies back, they were negative. No further blood has appeared. And the ONCOBLOT test, reportedly sensitive for 26 types of cancer was negative. So according to these screening tests, I don’t currently have bladder cancer. But that doesn’t mean I didn’t have cancer before and won’t get it again. I can tell you with 100% certainty that if we could survive each one, we would all get every cancer by age 500 just as you can’t drive a car for a million miles without replacing everything.

Even before I got these results back, I resolved to be the captain of my own medical ship. A better imaging and therapeutic cytoscopy for biopsy was going to be the next step. For now, I will assume that I don’t have cancer at a detectable level and that the cancers that do develop will be handled by self-destruction and natural processes.

I guess that I feel sorry for most patients who can’t learn enough to feel comfortable saying “no, thank you” to doctors. I also feel proud of those patients who say “no, thank you” and decline some aggressive treatments in favor of natural treatments if it works out well for them. Finally, I feel a bit sad that my medical colleagues don’t always take the time to explain work-up options and their contingent risks. It is hard to be an ethical doctor because it involves patience, risk-taking, and ongoing communication. Maybe that is why there are so few who do it well and why robots are the future.

According to my urine cytology and this fancy new test, I don’t have bladder cancer. If I start to have blood again, I will reevaluate. But for now, nobody is gonna take care of me like I would because nobody cares enough to personalize my care in the way that I would and can. I don’t think that patients really understand that doctors don’t care about them because they assume an infantile, dependent, transference attitude towards the all-powerful doctor.

Want to get the most out of your patient-physician relationship? Just politiely tell them you take full responsibility, understand the risks, and will keep communication open without being a nag. Have them write it down and you will cosign “I understand what Dr. Know-it-all told me and that I am being an idiot and this will result in my painful death to my own personal detriment and full culpability.”

They have 10 more patients to see and they will be relieved to see you go. We used to call them “difficult patients”. Now we call them informed or empowered. You can be wrong, stupid, reckless as a patient and most doctors will delight in telling you so. But that is your choice. Try not to be unpleasant or an idiot and never just do-it-yourself. But then again, don’t be a pushover because that could just as easily get you hurt.

You don’t owe your doctor anything and they certainly don’t care much about you anyway.