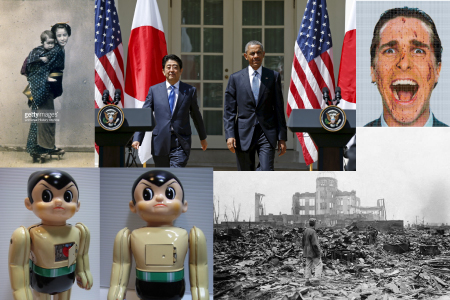 When the world doesn't continue the amae of spoiling your kids, they face a future of becoming Patrick Bateman or 40yo video game playing virgin still living in his childhood bedroom.
No Responses
Reading Time: 5 minutes
Parenting 101: Raising American Psychos or Japanese Robots 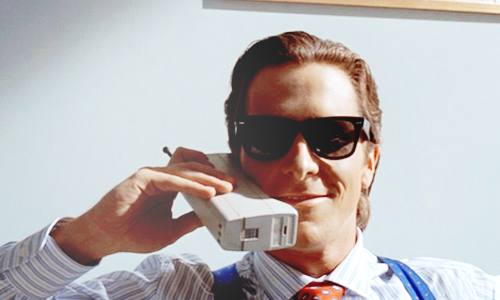 The novel of Brett Easton Ellis which was made into movie in 2000 and a Broadway musical in 2013 describes the live of Patrick Bateman, an investment banker and serial killer who is an unreliable narrator and a rather shallow and amoral guy. It has been described as an allegory of the crimes of capitalism and the perhaps can be interpreted as an allegory of how America through its agents, conducts itself in world affairs.

I know some brilliant adult men who still live with or depend on their mothers. What they all share is having had doting parents, that they were the only male child, and that they were repeatedly were told that they were smarter, more talented, and essentially perfect.  They forged an identity through intimacy and praise that would serve as refuge whenever adult life threatened.

When those children were loosed into the world, they found that life did not reward their innate valor but rather demanded grades, job interviews, sucking up to idiot bosses, paying bills, and forming relationships to barter for intimacy.  In response, they indulged in shallow relationships, got divorced, played video games, descended into substance abuse, and formed a rather accurate delusion of the world that it was unfair, absurd, and generally not worth the effort to participate in. Their own brand of psychotic wasn’t to become wealthy and powerful by any means necessary but to retreat into a narrative that it was the world that had failed to recognize their worth and was dumb. 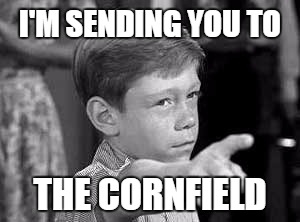 The reason America holds such an appeal for the world is that we are fundamentally a psychotic nation. Like a spoiled child, we believe our actions are always justified. The White House promised to veto the legislation allowing US citizens to sue Saudi Arabia because that might set a bad precedent for 500,000 Iraqi’s killed as a result of US intervention.

I was listening to the radio today about President Obama, like the two presidents before him, who is currently visiting Vietnam.  He will also visit Hiroshima this week.

Unlike North Korea, where memories of American atrocities are kept alive and resonant, those horribly brutalized nations have had extensive contact with and alternative version of American via family members that have nominally become “American”, through American mass media, and through their imagination of what the ideal America represents: freedom, democracy, and social mobility.

Europeans and Africans also love becoming Americans because they know from personal experience or stories that you really can reinvent yourself into a rock star or billionaire in the land of opportunity. In their home countries, generational wealth, hereditary class, and social immobility are the rule. Read this article describing how the same families have ruled Florence for 600 years if you don’t believe me.

We are a culture that celebrates reinvention, dreaming big, and disrupting the status quo. Everyone loves a winner and TV shows like Dexter and Breaking Bad prove we can see the heroic side of murder as self-actualization.

In contradistinction to the American styles of parenting which emphasizes independence, Japanese sociologist, Doi, in established an idea of AMAE which describes the extreme attachment/dependency parenting model as a basis for understanding how their hive society functions. Dependency, both in the form of acting helpless and being showered with praise, is the mortar that holds the brick of society together. Everyone is close; everyone is valued; there is never an reason to step out of line and assert your needs above the group and the expected decorum. Everyone in Japan knows exactly how to behave at every moment and in every situation.

Before the American financial correction of 2008, I used to watch CNBC and the anchors would routinely ridicule Japan for their quantitative easing, or printing money to try to save the economy and people’s jobs.  The difference between Japan then and the US now is that now we embrace quantitative easing as sound fiscal policy, doubling our national debt from $10 to $20 trillion in just the last eight years.  The American Psycho in us allows us to believe that our actions are fundamentally different from the Japanese.

In Japan, it would be a shameful act to fire “salary men” because of the strong and defined inter-dependency that pervades the culture. In the US, corporate raiders and private equity down-sizers are folk heroes riding the range and if people lose jobs, homes, or their lives to suicide or lack of health benefits, then so be it. Greed is good and so is burning villages and slaughtering bison, right? 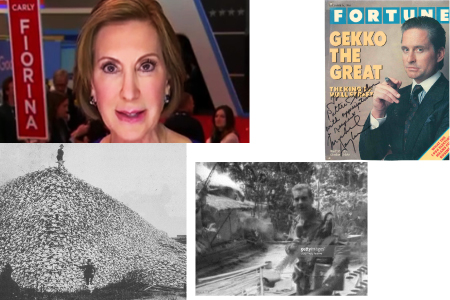 Happy Medium?
Is there a happy medium between a Wild West rugged individualist and a hive mind robot? In truth, all individuals and all societies exist between these two poles of independence and dependence.  Americans still have a strong shame-based normative society, some social welfare programs, and a love for conformity reflected in love of professional sports and the mythology of our manifest destiny as the self-proclaimed “leader of the free world”. And the Japanese still encourage personal academic achievement, hard work, and being able to express oneself (while intoxicated).

The truth is that there is no ideal way to parent and there is no ideal societal construct.  What is not ideal however is to raise your children with a notion that they are perfect and without shame. When the world doesn’t continue the amae of spoiling your kids, they face a future of becoming Patrick Bateman or 40yo video game playing virgin still living under your roof.

I am not Anti-American; I am pro-truth. If we wish to continue to attract the best and brightest, we need to fight for our liberties, not sell them to the highest bidders and greatest fear-mongerers.

I try not to betray my political convictions and I was pleased that a long time reader wasn’t sure if I was Pro-Trump or not in an email. I am pro-American which to me is the same America that people who don’t live here still believe in: truth, justice, and opportunity.

Anyone who has seen war will tell you it is immoral and there are no “good guys” when it comes time to act. I think we should take the lead from the Dalai Lama and start to disarm our own hateful hearts. This planet has become too small to wage war with impunity.

My greatest hope is that even people who run the world will live so long and in such good health that the world becomes one small town to them. As anyone who has lived in a small town (or a Scandinavian country) will tell you, you don’t lie and cheat otherwise, you isolate yourself and limit your viability.  As George Bernard Shaw wrote about in Back to Methuselah, “Immortality cures Immorality”