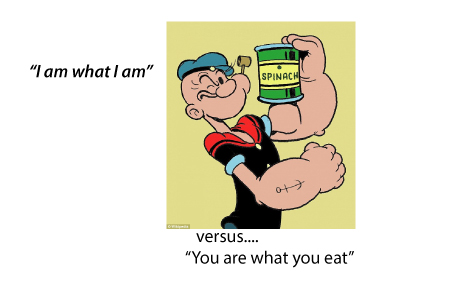 Much of the common knowledge you possess is wrong.
No Responses
Reading Time: 3 minutes
Popeye wasn’t the only muscular vegetarian

You think you know about nutrition but much of the “common knowledge”  you possess is wrong.

If we actually subscribe to the notion that “we are what we eat”, then we would need to eat humans to live. Yuck!

If we eat lettuce, we don’t become vegetables.  Maybe it’s time to increase our knowledge base…

The former recommendations of the food pyramid were made to support agribusiness and as with many government-corporate partnerships, the victim was the truth first and your health second.  The overproduction of fluoride from aluminum smelting led to a recommendation to add it to drinking water. But that is a topic for another blog… 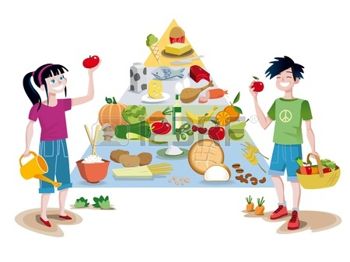 Farmers grew a lot of grain, so they told the government to recommend a lot of grain. Fruits and vegetables were also profit centers. Then dairy was pushed, which is really not the superfood that we were taught as children (at least not cow’s milk). Would you consume human milk if it could be produced in a lab?  It makes you wonder why that seems like a disgusting proposition since it is the most natural thing we could possibly do as mammals.

The late Morley Safer did a famous story on the so-called “French Paradox” somehow linking red wine to low rates of heart disease. Sadly, people are extremely prone to magical thinking when it comes to diet and what a colossal waste of effort that search for science amidst coincidence has proven to be.  You might have well studied the link between thinking Jerry Lewis is a comedic genius and lower rates of heart disease.

In fact, humans are omnivores that can thrive on all meat or all vegetable diets just fine.  We evolved as fructivorous hominids, but we can live on anything as long as we supplement with some vitamins, such as B12 for vegetarians.

People think you need fruits and vegetables or grains in their diet.  But did you know that the Eskimo or Inuit diet consisted of no plants and vegetables but rather on pure animal and marine sources?  People assume that there are no carbs in meat but in fact there are glycogen stores and the danger in a pure meat diet comes late in the winter, when game is lean and the nitrogen load from breaking down pure protein sources can be toxic. This is known as rabbit starvation because the low fat and carbohydrate content of lean rabbit meat can bring about this form of malnutrition.

Many lapsed vegetarians say their bodies needed “protein” from a mean-based diet but in fact, all living things make protein and plants are no exception.  What they are really referring to is an animistic concept of eating the life force of another animal. But it just doesn’t make sense from what we know about physiology.  Read this article for more info about bodybuilders who are vegetarian. Think you need to eat muscle to make muscle? Ask the rather buff gorilla or the powerful ox if they agree?

For the final word, let’s hear from RECHARGE user, Marty, who at age 71 is able to bench press 270lbs and do 21 pull-ups on his vegetarian diet of the last 35 years.  For more info on the adaptogenic supplement that Marty has been using for two years, go to lokahi.guru

If you want to learn why telomere erosion, not eating cholesterol causes your cholesterol to rise, watch this podcast that I did. In it, I debunked the food pyramid just months before the USDA changed its old food pyramid: