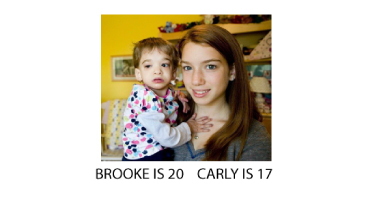 At what age would you want to stop aging?

For most people, an age in the late teens until mid 20s would be desirable for stopping aging. If you look at all biomarkers of aging, nothing good happens after 25.

If we could choose, most people would want to go through normal fetal development, normal childhood and pubertal milestones, normal young adult development, and then stop aging. Most wouldn’t choose to stop aging in their 50s.

This is not an abstract question since there are cases of apparent non-aging associated with arrested development known as Syndrome X.  The late Brooke Greenberg and her case have been well-documented and one of the problems was that she didn’t mature neurologically either. There may have been some change in the capacity of her cellular DNA to process epigenetic changes and therefor undergo appropriate cellular aging and differentiation but scientists still cannot determine it. But what if we could find and trigger that same process in ourselves? Would we want to?

In other words, to what extent could this “error” prove to be fountain of youth that could positively impact aging adults?  Or could this merely be a glitch in a specific childhood milestone sequence that cannot apply to aging in general. Perhaps it was such a specific issue that if you could force her cells to age just one more year, her remaining developmental programming would have been just fine to grow her into a woman?

The fact that she appeared to be a normal newborn and that is wasn’t localized as in one withered limb suggests it was something about a phase that just couldn’t execute its program.

We know that after Brooke effectively stopped aging, she had suffered a stroke and a brain tumor and recovered completely.  She had such young stem cells that it wasn’t a problem to remodel and regenerate.

Consider that autism appears to result from an inability to have cells die and part of that death may involve aging and apoptosis of certain neural stem cells mediated by rapid telomere erosion.

Even the act of parturition, or childbirth, may be triggered by the required “aging” of the telomeres of the placenta. AGING IS DESIRABLE IN AN ONTOGENIC (individual development) CONTEXT up until age 25-30 BECAUSE IT IS CURRENTLY INSEPARABLE FROM CERTAIN DEVELOPMENTAL MILESTONES as suggested by Brooke’s Syndrome X.

REMEMBER “ONTOGENY RECAPITULATES PHYLOGENY”?  We might end up with tails, extra breasts, and poor social skills if we DON’T allow our fetus and young people to age to adulthood.

Before learning about Syndrome X, I used to think a telomerase activator might be a good thing to take during pregnancy in order to confer another 30-50 years of life expectancy. But if you could start your negligible senescence at age 25, why not just do that instead and not risk messing up any natural maturation that is co-variable with cellular “aging” mediated by telomere attrition?

But maybe the intrauterine rapid loss of telomeres from an average of 15k to 10k is not a curse but a result of programmed and intentional cell aging that is inseparable from normal fetal development?

Maybe there are some stem cells that age from 15k to 2k and total death by replicative senescence as part of normal programming?

It would be prudent to test telomerase activators on primates prior to allowing pregnant women to routinely use them, I would think.  Perhaps their inhibition of aging by replicative senescence would raise rate of autism by limiting the efficiency of neuronal “pruning”?

When we take telomerase activators, I believe we can slow the aging of current stem cells and in a sense, stop aging. I believe the reason I don’t greatly reverse aging in myself is because I am replacing my current stem cells with 48yo stem cells. To understand the optimal way to engineer immortality, read this blog.

This is a highly conjectural post and perhaps basing general conclusions based on Syndrome X is not warranted. We need to understand human developmental triggers better in order to flatly state that apoptosis from telomere attrition is not a central mechanism.  But the risk/reward for starting younger than your ideal adult age is just not there.

Having said that, I have given my kids telomerase activators when we are adjusting to jet lag, when they are injured, or if they are stressed and need good sleep but I don’t recommend it for routine use in anyone under 25 because of the unknown unknowns.