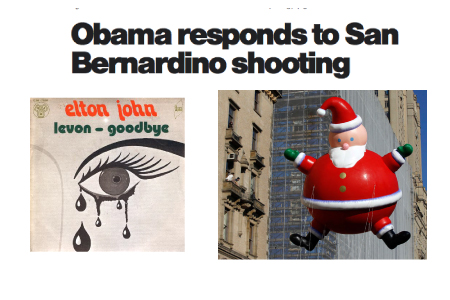 People believe in Santa Claus and there is ample evidence that he does exist based on the miracles that take place in countless homes every year.
No Responses
Reading Time: 3 minutes
Santa Clause Conspiracy Theorists, Mass shootings, and Levon

Tonight, I had a conversation with a friend about the morality of staging the Santa Claus appearance for our young children. I told him that I was relieved that with children now 16 and 13, I felt I didn’t need to make milk and cookies disappear and write omniscient notes from the Jolly One to sustain my children’s innocence.

But I have to consider what scientists call the alternative hypothesis. The fact is that most children believe in Santa Claus even if some adults do not.  Just because I once made cookies and milk disappear should have little bearing on the veracity of the fable generally speaking.  The fact is that most parents abhor lying to their kids, they want them to have a sense that there is a good and evil in the world, and that magical beings can exist.

Conspiracy theorists who feel that it is impossible for one all-knowing man to keep track of all the chidren’s good and bad acts and wish lists may actually have gotten this one wrong. People believe in Santa Claus and there is ample evidence that he does exist based on the miracles that take place in countless homes every year.

Conspiracy theorists also have problems with today’s San Bernardino shooting coinciding with a mass shooter SWAT drill nearby.  I would say this is just good luck and the rule, not the exception because there are many such lucky coincidences that should only serve to strengthen faith in God and Providence.

In Paris, the police were also fortunately practicing such a drill on the day of the massacres.

Divine providence also made sure that there was a school shooting exercise on the same day as the Sandy Hook Massacre.

Clearly, it is incredible to consider that anyone would ever stage such events and then be able to cover them up so the alternative hypothesis, that good luck was at work, perhaps even divine intervention, is the only reasonable explanation for three massacres occurring simultaneously with drills involving law enforcement.

As I wondered what would inspire me to blog tonight, the Elton John/Bernie Taupin song, “Levon” came on…

Levon wears his war wound like a crown
He calls his child Jesus
`Cause he likes the name
And he sends him to the finest school in town
Levon, Levon likes his money 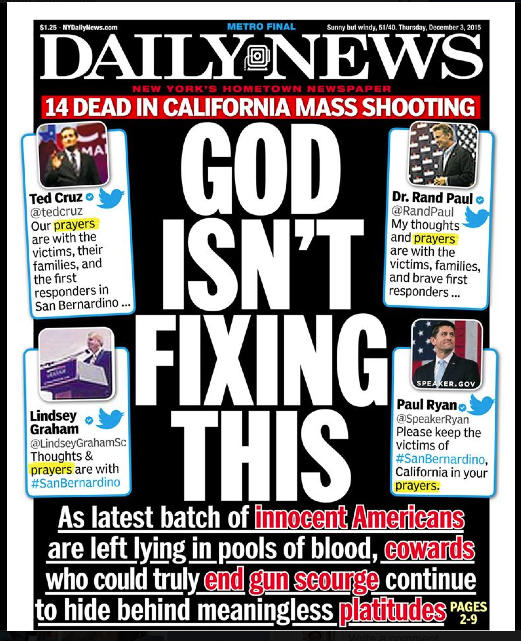 The song is about Levon, who oddly is the one born on Christmas. His son, Jesus, bearing the name of another son to be martyred, wants to leave Levon behind. But why so alienated from dear old father Levon Tostig?  For selling cartoon balloons?
Levon is a success story, born the son of pauper to a pawn, on Christmas Day, when the New York Times told us the Nietzche/Nazi message that “God is dead” and “The War’s Begun”. Levon is a good man who likes his money and teaches Jesus what is doctrine via in the finest schools in town.  Jesus comes off as a bit of an ingrate, in my opinion.
Parents who create the Santa Claus miracle are good people who want to belong to something greater.  If we can use the mass shootings to ban weapons and keep people believing in an omniscient and benevolent universe of coincidences and moral urgency, then I would say the conspiracy theorists who would draw nefarious conclusions out of fortuitous coincidences should embrace the cartoon balloon business and forsake any trips to the planet of love.  There is peace, profit and stability in the business of Christmas and we are lucky to have it.