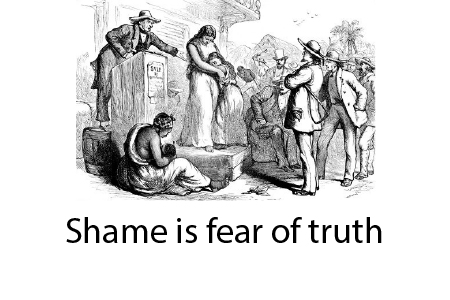 Nowadays, people who rely on government/media partners are the mental slaves.
No Responses
Reading Time: 5 minutes
These are the best of times!

Warning: this blog post may be too honest for those unwilling to look at the evils of child exploitation.

When you study history, you realize that despite what many people believe, we are undeniably living in the era of greatest freedom from exploitation although and it is only because we have a universal sense of morality and greater access to the truth that we are saddened. The Mongol and Irish warlords had a lot of children because they were free to take whomever they wanted under threat of murder.

When doing my research on a screenplay set it Late Antiquity, it dawned on me that many people were actual slaves, like the ones they have in Libya now. While we are currently all arguably virtual slaves to money and costs of living, in the past, the entire system was meant to keep you a literal slave.

In that screenplay, I have a scene where a “black” Egyptian is whipping a “white” slave around 371CE.  This is historically accurate as the slaves would have been captured Goths and there was no racial basis for slavery in the Roman empire. This meant that you could sexually abuse, beat, and potentially kill your property.

From the headlines this week, an Indonesian housekeeper was executed for allegedly killing her employer while he was raping her. This is now horrifying and notable; i the past, not so much! When I read Farewell to Manzanar, the subtext of the author’s family origin was that the narrator’s father was an indentured slave in Hawaii. He also was a heavy drinker and abusive to his family.

Even two of my normal looking American “white” friends, one in his sixties and one in his seventies, confided in me they were sexually and ritually abused as children. Who knows if the parents received money but isn’t that pretty close to the case of the Facebook auction of a 16-yo Sudanese daughter for cash and livestock that is also notable and horrifying to our modern sensibilities.

What we would consider to be immoral was and still is very blurry in kingdoms, cults, and closed societies. As we celebrated the mythology of American Thanksgiving last week, let us not forget that only possible moral justification for American “manifest destiny” (i.e. mass genocide) is to someday further enlightenment principles and then apply them to a system of common law that derives from noble principles such as the Magna Carta (the king has to follow laws), habeus corpus and due process (you have to have proof of a crime and are innocent until proven guilty beyond a reasonable doubt).

Chairman Mao said that “Power flows from the barrel of a gun” and he was right. We are all complicit in the daily deaths of Yemenis yet we treat Jim Acosta’s desire to hold onto a microphone after he was disrespected by Trump like it is the Zapruder film. I was listening to some people on a panel discuss how MLK went “crazy” at the end of his life when he decided the problem was not race but rather poverty. As long as we are afraid to tell the truth and are divided by false identifications, we are slaves. There is a reason that the most well read person in my other historical biopic, a biracial Edward Brown, had to hide the fact that he was literate: to teach slaves to read was illegal. Freedom of thought is the antithesis of fear and slavery.

Nowadays, people who rely on government/media partners are the mental slaves.  Many alternative voices that are deemed “inauthentic” (meaning I don’t believe what you’re saying) and “hate speech” (meaning I hate your speech) are being silenced. So few people take the time to investigate that we are entering an age of programmed reality and double speak. We have arrived at the point where someone gets paid to tell a machine what the definition of “is” is because we are too lazy and confused to parse out reality. I’m not talking PhD epistemology here; I’m talking people are getting really confused about what is real and even the language is under attack.

If you want to know what slavery is, watch the Korean comedy I Can Speak, which is 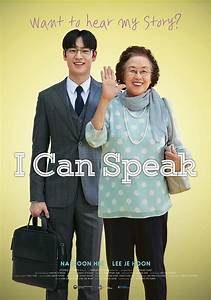 a brilliant, funny, and inspiring tour de force. The heroine was a 13 yo sex slave for the Japanese Imperial army and remained quiet about it her entire life until she was called to testify before the American congress.

The movie shows that like the many victims of abuse, the most effective lever of control is the shame the victim feels. But why should a person be ashamed to be sold into sexual slavery, married off as a child, and even raped?  Because we all want to live “normal” lives and don’t want pity, recrimination, and reminding of the trauma. When a person is separated from their heart and their truth, they are slaves. That is what the Nazis and their MK Ultra heirs learned and mastered in their mind control which is now arguably the very foundation of ersatz digital reality today and its projections into the halls of power and influence.

Thankfully, we have legal divorce now so that people can escape the coercion, abuse, and shame of abusive marriage relationships. There was a time when a spouse couldn’t be guilty of raping their spouse- such was the regressive and coercive nature of the institution. To paraphrase John Lennon, “Woman is the slave of the world.”

Whether the price paid was a few goats, a housekeeper’s salary, or an eight-figure prenup, no people, but especially no children, should never be coerced into sexual servitude. Those responsible for these crimes should be prosecuted. Throughout most of history and even in most of today’s world, this was not the case. Shameful crimes are hidden by the perpetrators, law enforcement, and most importantly, by the victims themselves. Their slavery is living in fear of revealing the truth.

In fact, it is the darkness of the world that allows the human spirit to shine so brightly. Although when we are young souls, we identify with the shame and degradation of the artificial world, as we grow, we find the courage to love ourselves and others, despite self-doubt. That is the boon we give back to renew the world. We can all speak…but are we speaking our actual truths or the slogans of a slave master? 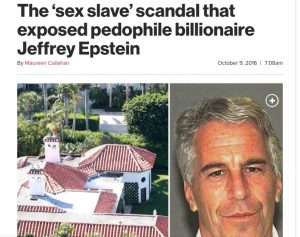 Postscript: If you don’t think that exploitation of children is real, please read this article on the settlement of Jeffrey Epstein’s for these crimes