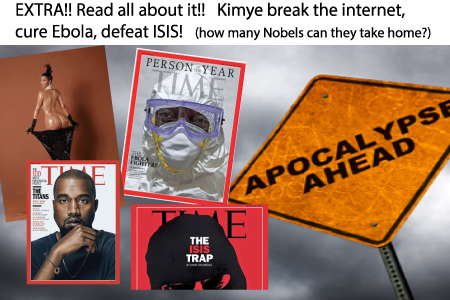 I received an email asking about this exciting breakthrough in understanding aging that could help us reverse it. It turns out it is none of the above. Good old Time magazine- sell the sizzle, swap the meat.
1 Responses
Reading Time: 3 minutes
TIME just blew the lid off an the new cure for aging? (Nope. same stuff, different day)

I received an email asking about this exciting breakthrough in understanding aging that could help us reverse it. It turns out it is none of the above.  Good old Time magazine- sell the sizzle, swap the meat. This study engineered a long-understood disease known as Werner’s Syndrome, in which the enzyme responsible for winding up the DNA is deficient.  What is new about this is that they did genetic engineering on human embryonic stem cells, for a dubious reason, and that it raises ethical concerns.  There is absolutely no reason to think that if you disable a gene, as would occur in the naturally-occurring disease, that you WOULDN’T replicate that condition in these unfortunate victims of Dr. Moreau-like misadventures.

So what DOES cause premature aging? Well, it isn’t any of the things that the experts want you to believe, such as mitochondria, oxidation, sirtuins, Mediterranean Diets, or even negative thoughts.  As I explain in my Stem Cell Theory of Aging, the common denominator has to do with cell replication and specifically, anything that interferes with faithful, efficient DNA copying and cell division causes premature aging.  There are no naturally-occurring human models of accelerated aging that DO involve the experts’ pet theories and none that DON’T involve cell division and DNA copying.

Here is a chart from an important 11-minute video that I did on the subject of premature aging: My mission is to get everyone to see the Emperor is naked.  There is a simple reason that premature aging, normal aging, and all disease categories are related to DNA and cell replication- because it is CAUSING IT!  Read my book, “TELOMERE TIMEBOMBS: Defusing the Terror of Aging” to understand my simple theories. Everyone else in the field of anti-aging seems emboldened by the race for the cure, the hunt for more funding, and the prospecting for the gold of a sexy new theory.  I will continue to stay right here and point out that Mother Nature has already done these premature aging experiments and that this latest effort at Chinese-based stem cell manipulation is unethical because there is absolutely no reason to think that causing the same naturally-occurring gene defects WOULDN’T replicate those diseases. We do not need hundreds more of these experiments to replicate all the known diseases and some we haven’t even described yet.

Thanks, Time.  I feel the gratitude that John Stewart or Stephen Colbert must feel towards Rush Limbaugh or Rick Santorum. Thanks for giving me something to respond to from my hopeful yet misled patients. Here’s a blog I did about another great “cover of Time” article that let us astray.

Unfortunately, we have a situation where the “sourcing heuristic” that I blogged about here has gone wrong. Unless and until people wake up to the fact that there is a lot of stupidity being doled out by our most trusted sources, we will suffer.

Kanye, Kim, Ebola, ISIS.  Rinse and repeat. Oh, and by the way, it’s now okay to genetically mutate human embryos (guess they buried the lead there…but they made you look and that’s what matters)