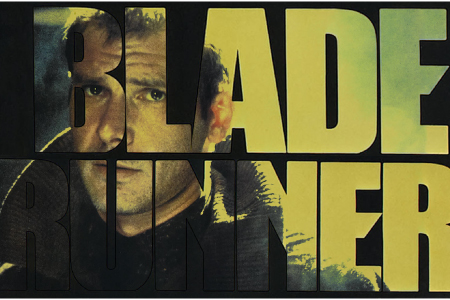 It looks like we can still look forward to a couple more Harrison Ford sequels like “Star Wars 7”, and “Blade Runner 2”.  He is on the ground and in one piece after almost going to the great sequel in the sky (aka his real world plane crash).

If you haven’t seen  the movie Blade Runner (Paramount 1982), based on Philip K. Dick’s “Do Androids Dream of Electric Sheep?” then you won’t want to read on.

This work is true a masterpiece of storytelling and film-making. Briefly, it follows homocidal androids called REPLICANTS, who, to borrow a phrase from The Blues Brother, “are on a mission TO god”.

The team of robots are hell-bent on an audience with the wizard who created them with finite lifespans, DR. ELDON TYRELL. Near the climactic ending, the Protagonist replicant, ROY BATTY, finally manipulates his way to see Tyrell.  After Dr. Tyrell informs Roy that even he, the creator, can’t extend their lives, Roy kills him in rather heinous fashion.

“The candle that burns twice as bright burns half as long.” – Dr. Eldon Tyrell’s last words

In the perfect foil to androids wantonly offing humans during the movie, when the final scene has Roy’s life ebbing away, he chooses the ‘humane’ act of sparing the life of his nemesis, DECKARD, the human assassin played by Harrison Ford.


You see, the Replicants didn’t really hate or even resent humans. Roy Batty was just ‘killing the messenger’, who happened to also be his personal god and alma pater.  Batty’s sparing of the human Deckard in the previous scene, despite the latter having already offed his dear friends, was supremely rational and justifiable in his moment of existential clarity.

In every way, this is a perfect movie and fans like me are thrilled to learn that there is a Ridley Scott-helmed sequel. To make things very interesting, it turns out Harrison Ford’s Deckard was also a replicant but like his love interest, played by Sean Young, didn’t even know his memories were implanted and his identity false.

This story is such a perfect Neoplatonic onion that I hope the new writers don’t mess it up. It seems that with real reality more and more false and manufactured, all we have left is our stories to tell the truth.

And so the allegory of the human condition as revealed in Blade Runner (1982) resonates deeply with us because we sense that in some way, we are also machines, built by a creator that can’t change the rules of our finite lifespans.  And it is incumbent upon us to figuratively murder the father and seek our own redemption via whatever means are at our disposal.