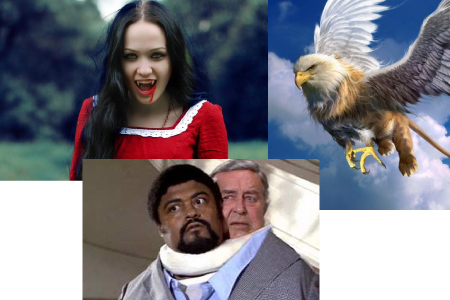 Believe it or not, I have gotten several emails from patients about whether they should partake in vampirism. Apparently, the latest craze is to take transfusions of 'young blood' to restore their youth.
1 Responses
Reading Time: 4 minutes
Vampirism, Chimerism, and the appeal of Magical Thinking With the approach of Halloween, it behooves us to comment of a friend’s Facebook post of yesterday. Positing with a prominent actress, he reported that her response to how she stayed young was she was “bathing in the blood of virgins.”

Believe it or not, I have gotten several emails from patients about whether they should partake in vampirism. Apparently, the latest craze is to take transfusions of ‘young blood’ to restore their youth. No joke.

I would like to take this seriously as the principles involved may help you understand from whence I come (or where I’m coming from for you old hippes). There are studies of transfusions that appear to ameliorate and even rejuvenate recipients such as this reference in The Washington Post for young blood curing Alzheimer’s:

Just as with the Platelet Rich Plasma (PRP) treatments for joint maladies, there are a myriad of cytokines which are cell signal modulators that are capable of telling your old and damaged cells to pep up and act in a way that is younger. A chimera is an organism formed from more than one organism, like a griffin is a combination of a bird and a lion and is surgically possible on a macro and a cellular level as in bone marrow transplants from a young mouse to and old mouse. In a similar vein, the creation of young/old intraspecies chimeras, such as in this bone marrow experiment on mice, can that the younger cells restored youthful behaviors to the host as long a the cells remained viable. The problem is eventually the graft dies out or is attacked by the host so you don’t have a deep reservoir of the younger spliced on donor.

The problem with engaging in vampirism or chimerism is that the effects are not sustainable because the good signals or the ‘good vibes’ don’t come from a sustainable reservoir of healthy-behaving cells of your own. This is tantamount to taking Red Bull and Ecstasy pills for an 80-yo at a young person’s dance ‘rave’. He or she may have a good old time for a night but that won’t mean those good vibes will be there the next morning because they aren’t natively generated by young happy cells.

If you en-graft young cells to form a chimera, you introduce Graft versus Host or Host versus Graft disease and besides, you have someone else’s cells attached to you own- yuck! One of legendary director Akira Kurosawa’s greatest films was Ikiru (1952) in which a bureaucrat, discovering he has a short time to live because of cancer, faces a crisis and uses his time to help humanity. People misinterpret his association with young lady as an affair and comment that many an old man has had youth restored by becoming close to a young woman.

Although your cells and your demeanor may seem younger, the effect of this magical thinking is by its very nature, temporary.  If not, Mao Tse -Tung, who could have a different virgin in his bed every night,  would still be alive and having liasons with virgins. Also, this kind of perversion would have cured people of their ailments in Europe and South Africa as in this popular practical application of magical thinking known as virgin cleansing- again, yuck!

So your best chance is to keep your own cells young, maybe you have some old cord blood cells that your parents banked if you are younger than 20-years old, and to use those to sustain your cells in a happy place, sending out happy cytokines.  I believe taking adaptogens helps maintain cells in a happier state and that they send out better vibes via the MAPK pathway.  The boost you get from transfusions, PRP, bone marrow donation and (God-forbid) engrafting virgins onto you is not without cost and probably not sustainable.