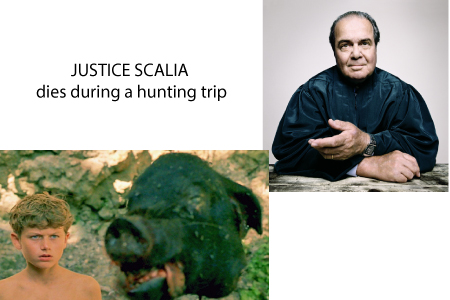 We are afraid of making moral judgements and so we pretend to sleep. And you can never wake someone who is just pretending to sleep.
No Responses
Reading Time: 4 minutes
Was Justice Scalia the victim of foul play?

Something happened yesterday morning at the pool which reminded me of the importance of moral vigilance.

I went to swim in the community pool and among the few people there were a man in his sixties and a five-year old girl who called him “grandpa”. They swam, played with a boogie board, and seemed to have a wonderful time as I did my laps by them.

I was showering off when a young lady through the cast iron gate began berating this grandpa: “that is disgusting! How can you do that right in front of your granddaughter?! I’m about to call the police”.

My immediate thought was (did he spit, urinate? No, probably spit… what a horrible woman to berate a man in front of his five-year-old granddaughter!).

Grandpa quietly ushered the young girl into his pick up truck (they apparently didn’t reside in the complex), while the angry woman took a picture of his license plate and called the police. It made me feel uncomfortable.

When I was a practicing OB-GYN, I had a patient who came to me at the age of 17 and whom I cared for until about 25.  The most remarkable thing about her story was that she had sex with her father for years and although he went to prison, underwent counseling, and the entire community and family knew about it, her mother, to this day, denies that such a thing ever happened.  The enormity of the implications of her own daughter and husband having sex in her house for years was to big to consider.

When we think of authority figures whom we trust, we think of men in robes. Priests, judges, even dads.  We know that pedophilia and incest are not uncommon but we would rather not think of the implications.

When the angry young woman addressed me as she continued to berate the man “Did you see that, sir? He was buck-naked in front of his granddaughter?”  I was slightly ashamed to be relieved that I could honestly reply “no”.

I walked past them, feeling the worst of all for the young girl having to watch her protector be verbally assaulted and threatened by her other would-be protector.  I glanced back with sadness as she looked up at the scary woman and clutched her grandpa’s hand.

Today, the Washington Post, purveyors of such conspiracy theories as Richard Nixon bugging the Watergate Hotel, deigned to explore the circumstances around Justice Scalia’s death at John Poindexter’s ranch (not the DARPA/Iran-Contra Poindexter).  Apparently, Scalia’s trip was paid for by a ‘friend’ in the MIC group, a subsidiary company of host and ranch owner John Poindexter. The MIC group was subject of a an age discrimination lawsuit that had risen to the Supreme Court level but which the court declined to hear in October of 2015.

A while later, as I drove by the community association building, I saw that the police had come to take the young lady’s report. I wondered if they would investigate it or brush it off like administrators at Pope Benedict’s brother’s choir school 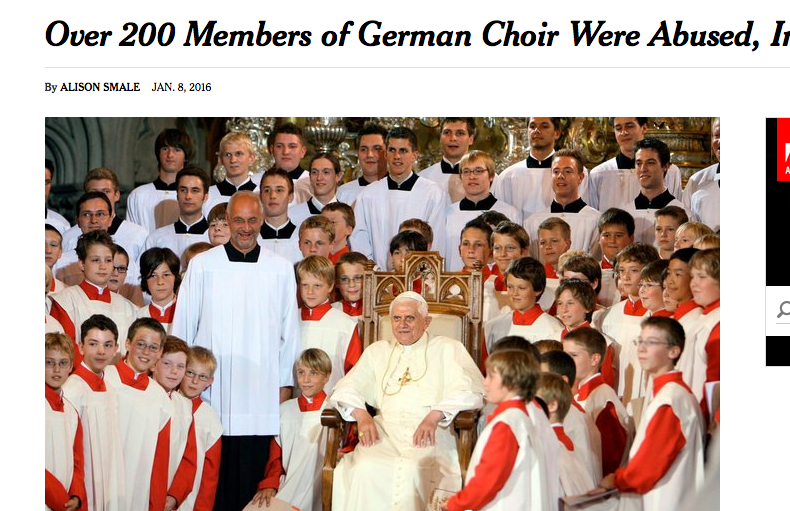 Now I felt a bit ashamed that I had judged the young woman so harshly as I reflected upon the strangeness of the circumstances of a grandfather exposing himself to a young woman and his possible granddaughter in a pool area where they didn’t even live.

I wondered about the importance of moral indignation and faith in due process. And I thought about the people of Iceland who bailed out the people and jailed their bankers; they mustered the will to investigate and persecute crime around the 2008 collapse instead of giving them the keys to the kingdom as we did.

So was the man in the pickup just a doting grandfather who was comfortable with his body? Was Scalia even aware that his host’s case that was dismissed before the Supreme Court?  All we know is that no autopsy was done, no interviews with other guests were undertaken by police, and the President will not be attending Justice Scalia’s funeral.

Maybe people have such strong investment in their own personal stories because they don’t care to glimpse the true face behind the masks. That is why our first reaction to the whistle blowers is to call them unreasonable. We kill the messenger, whether that be the Washington Post, the woman berating the sweet old grandpa, or even our own husband and daughter.  We are afraid of making moral judgements and so we pretend to sleep. And you can never wake someone who is just pretending to sleep.

We’re told that Mick Jagger and Bruce Willis have been to the invitation-only parties at the ranch.  I wonder who the other 35 guests who attended were and what kinds of activities they have during these thrice-yearly invitation-only fêtes?  Well, whatever they did or saw there, it most certainly has no relevance to Scalia’s weakened medical condition and the true, natural causes for his death.  To suggest that anything other Scalia dying in his sleep would be to entertain foolish conspiracy theories.