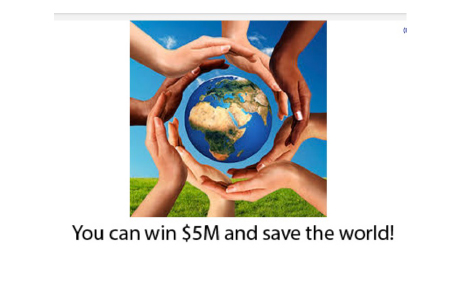 You never know how you can inspire people so think globally and continue to act locally.
1 Responses
Reading Time: 4 minutes
We have more impact than we realize

I received a very nice reminder this week that you never know the impact you might have. It came in the form of this email and the summary below:

“[Dr. Park], I want to thank you for your post that told about the Global Challenges contest.  Here’s a summary of my experience.”

It seems that Ralph, a reader of my blogs, specifically this one where I proposed a way to save the world using AI, basic income, and blockchain voting to save the world was inspired to make his own proposal and he almost won!

In fact, he was invited to attend the Global Challenges meeting and share his ideas. Rather than steal his thunder, I present his summary of this adventure below. You never know how you can inspire people so think globally and continue to act locally.

I was invited to participate in a forum, the New Shape Forum, whose goal was to solve the world’s global challenges. The invitation was the result of having submitted a proposal on that topic to the Global Challenges Foundation. The process of selecting the finalists for the contest was done by an independent group of experts but the Foundation itself selected additional proposals they deemed worthy of consideration in ongoing attempts to refine an effective strategy to tackle these problems. Three winners were selected and equally shared $1.8 million. https://globalchallenges.org/en/our-work/the-new-shape-prize/awardees

My proposal was one of the additional proposals and resulted in a paid trip and accommodations to Stockholm, Sweden, the home of the Global Challenges Foundation.

To be participating in a quixotic quest attended by ex-ambassadors, heads of think tanks, academics, and ex-officials of the UN was humbling. Further, that my input and suggestions found fertile ground in the plans to further the goals of the forum made the effort in formulating the proposal worth every second I put into it. It was the highlight of a life I had already considered relatively successful to this point.

The exposure to new ideas has given me hope that these challenges are not quite as quixotic as assumed. The categorization of these global challenges along with the best of thousands of proposals led me to believe that a systematic approach can yield viable solutions.

Briefly, my proposal was to expand and utilize the UN/World Bank’s use of Special Drawing Rights (SDRs) into a world currency capable of funding all operations of the UN. Dues of all UN members would be payable in this new currency. An exchange for trading the new currency with all other currencies would be established and monitored to keep the currency stable. This would be the only non-debt-based currency circulating worldwide. As a non-debt-based currency, whatever amounts the UN needed for operations would be available to accomplish the UN’s goals.

Since so many of the proposals needed some sort of funding to accomplish the goals, my proposal could dovetail with most of them; this is the basis of much of the fertile ground I found as I participated in the discussions. In this august group I found that the knowledge of the nature of how money is created (i.e. not by governments but, by banks) was widespread. In the US, espousing that fact meets considerable opposition. In Switzerland this is known well enough that there is a ballot initiative, to be voted on June 10th, to limit the creation of money to the central bank. https://www.swissinfo.ch/eng/vote-poll-june/44092160 A link to my complete proposal can be found at https://1drv.ms/w/s!AotbqS0M3ZqruwU77lQrbH15ZGAz

The New Shape Forum broke the proposals into three main categories: reform of existing organizations, additions to existing organizations, and finding technological solutions to the problems. The biggest reform topic is, of course, reforming the UN. Any extensive reform to the UN would meet opposition by the Security Council. These proposed changes can be easily blocked by any of the countries that hold the power to veto them. Thus, removal of the veto power from the UN is foremost in all the proposals that recommend UN reform.

One of the winning proposals suggested taking the opportunity to celebrate the 75th anniversary of the UN’s founding by proposing changes that historically had been expected to occur shortly after its founding. One of those proposed changes would be to eliminate the Security Council veto. Should that fail, a means of going around the UN, essentially creating a competing organization is the fallback position. The abandonment of 70+ years of experience and the attempt to gain acceptance of its competition would, in my opinion, delay the efforts needed to solve pressing problems.

A second winner suggests converting many of the goals of the UN into contracts awarded to non-state actors who are more in touch with global needs and local resources than the UN. The UN already has the structure in place to identify and qualify these non-state entities. As these global needs are met by organizations not tied to nation-states, the needs of humanity would take priority over loyalty to individual nations. The UN could concentrate more on its original mandate, peace and security.

Blockchain is a technology that may become as useful as the Internet. It is primarily a transparent, conditional contracts administrator that can reduce the need for paperwork or human intervention in monitoring the fulfillment of contract conditions. In the case of bitcoin, for example, a bitcoin miner completes a required calculation and the contract releases a bitcoin to the miner, all automatically. All transactions on the blockchain are transparent and immutable.

Blockchain can be used for identity storage and the release of only bits of identity necessary to complete a contract. If that contract were to vote within a certain period, the contract could be fulfilled by a single vote within that timeframe and after the contract were fulfilled, additional voting by that person would be denied. Ownership of land could be held in blockchain and sales would immutably record the identity of the new owner.

AI, in this proposal, would be used to model new ideas, budgets, and policies to help weed out those less likely to be successful. The author of the proposal is already using AI to help cities, companies, and large organizations select ideas for viability.

1 thought on “We have more impact than we realize”