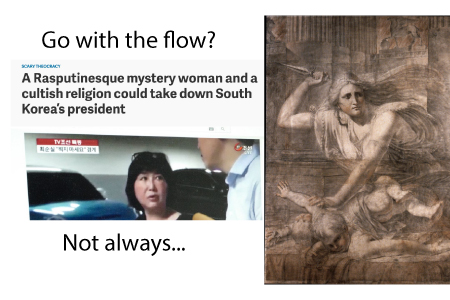 It isn’t a higher consciousness to act like a leaf in the wind; nor is it a heroic gesture to kill our children serve our victim story
2 Responses
Reading Time: 3 minutes
What can Medea, the child-killer, teach us about Korean democracy?

I was writing in the Korean spa the other night when the news was showing some big stink about the South Korean President, Park Geun-hye, whose approval ratings were dropping and whose conduct is eliciting widespread street demonstrations. 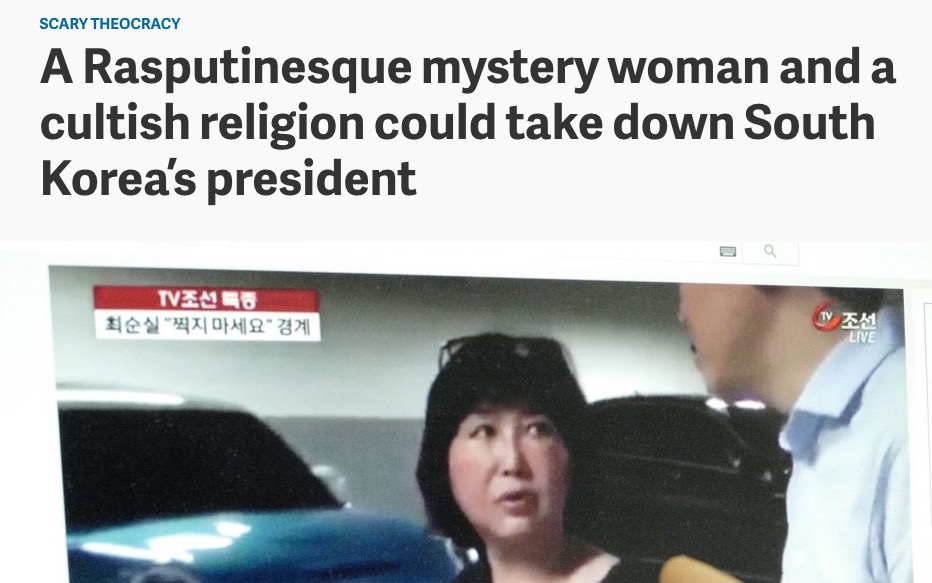 In a nutshell, she relied upon a trusted aide to read her briefs and even conduct meeting on her behalf and the people are mad that a non-elected person has such sway over their government.

You can say a lot of things about Koreans but what you can’t say is that they are easy-going, or don’t hold a grudge. In the US, our politics is very much a matter of picking a side and then shutting down discernment. In contrast, South Koreans are informed and feel entitled to control the people in control of the state. 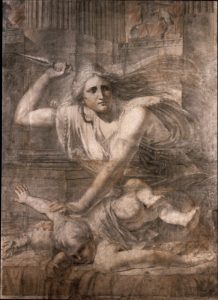 This brings us to the Greek mythological figure of Medea, who is infamous for killing two of her children and getting the other two killed in an attempt to exact revenge upon her ex-husband, Jason (of the Argonaut fame).

As part of her early courtship of Jason, Medea helped his acquire the Golden Fleece and even murder her own brother to help Jason succeed. Not an auspicious start to a family. Then after a life built together, Jason decided to marry another and start a new family, an action that Medea did not abide well.

When I discuss holistic health and wellness there is a principle of Lokahi or balanced flow. It is characterized by non-attachment and higher perspective that allows people to be “unstuck” in their dysfunctional stories. Certainly, this is better for your health and wellness but is this always the best path forward?

The point of this blog is that if Medea had just decided to take a cosmic, infinite-love perspective and say “oh well, that is my karma and I should wish Jason well in his new life” we would think she was a psychotically non-attached. Instead, she chose the path of holding on to her “story” which makes her something of a heroic figure, although it probably shortened her telomeres and ended badly for her children.

The time to act with balance, gratitude, and purpose is before the tragedy unfolds.

Sometimes, when we win we lose, and vice versa. A door closes and a window opens and all those aphorisms…yada yada yada….

It isn’t a higher consciousness to act like a leaf in the wind; nor is it a heroic gesture to kill our children serve our victim story. Only heart intuition can tell you how to act in the moments, days, and paths of life. To be in contact with your heart is to know what truly is worth fighting for versus that which must be cleared to make way for something better.

2 thoughts on “What can Medea, the child-killer, teach us about Korean democracy?”