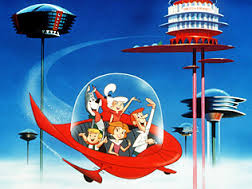 So is it better to have a dystopia where people are wage slaves or a dystopia where people are bored? Free solar energy, low cost of production, labor, and transportation, and good health? To some plutocrats, that might seem like hell on earth; but to the other 99.9%, not so much.
5 Responses
Reading Time: 3 minutes
What if we had free energy and limitless health? Would that be dystopian?

For today’s #MondayMusings, I want to ask whether free electricity and abundant health would make a eutopia or a dystopia because I truly believe that is what our future holds!

I recently had the pleasure of sitting next to an Basque engineer on my way to Cannes. He had been working on the world’s largest solar tower in the management of the sodium that is heated and circulates in a molten state to drive turbines

I’m gonna guess that we could build enough of these to power the whole country for a fraction of what it costs to go to war. It’s a little under a billion each and at current kW prices, it pays for itself in eighth years, I’m told.  Most likely, that cost will come down as more are built.

So I recently had the epiphany that we would be too productive and abundant if energy were free. If we didn’t pay utilities, gas, costs of transport and manufacturing, then families would amass too much wealth and have too much leisure time. Machines could do much of our work and everything would be like “The Jetsons” without George’s 9-5 job.

Although President Bush advocated war as an economic stimulus back in 2004, it seems to me that true “benefit” of perpetual war is actually wealth destruction on the scale that even massive public works like solar towers couldn’t achieve. There is also the side benefit of scaring people into submission.

Of course, there would still be currency in a free-energy state because not everyone gets to live at the Ritz-Carlton although many would prefer that to an RV.   But if you didn’t pay massive taxes and have to service all your loans, and if your electric car ran for decades, you could actually escape the system of continuous work/tax/paying for wars on the imperial frontiers.

The second big expense is health care and if compounds can slow or reverse aging, then those costs would drop as well.

So the big question is if people didn’t HAVE to work and they lived hundreds of productive years, what would ensue?

To the powers that be, don’t worry. I believe that regime-changing insurrections are fomented when there are unemployed young men in the streets,

not semi-retired ones whose cars and houses and student loans are paid off.

Maybe some would fall into that but I believe the majority of people would prefer sobriety and productivity. So what would people do if they didn’t work and lived a really long time?  I don’t think they would engage in regime change or wars of aggression and conquest, that’s for sure.

I believe we would just have a LOT of people who were mediocre at playing the guitar and who decorated their houses with so-so paintings that they did.  And the people who wanted kids would actually be able to spend time with them.

Free solar energy, low cost of production, labor, and transportation, and good health?  To some plutocrats, that might seem like hell on earth; but to the other 99.9%, not so much.

5 thoughts on “What if we had free energy and limitless health? Would that be dystopian?”