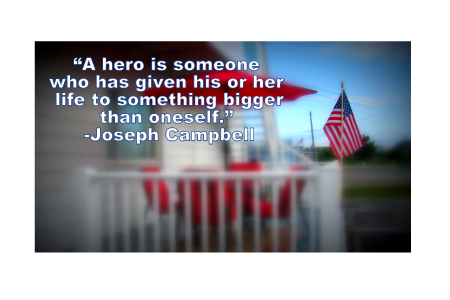 I suppose the meta message of this post is that although we would never dishonor those who fell in military service, there should still be a discussion of the war they died in was just or even justified. I would argue that to decouple the legitimacy of their actions with the legitimacy of the mission is essential to honoring them.
No Responses
Reading Time: 5 minutes
Why Memorial Day is a pacifist’s holiday

(I want apologize in advance if you are offended by the intellectual tone or the anti-jingoistic themes of this discussion. I understand that for many, Memorial Day is not abstract and is deeply personal.  As the child of parents who both lost a parent during the Korean Conflict, I empathize with the seriousness of this topic. )

Humans are story tellers. Without some narrative, we find it hard to function. So what is moral of Memorial Day?

When a person serves and dies in war, it has many meanings.  We lose that person’s contribution to our collective consciousness, their productivity, and the nurturing they provide for their friends and family.

Broadly, the justification of war has a long history dating back to the second most important Western thought leader after Saul of Tarsus, namely ‘Saint’ Augustine of Hippo. Even Saul, the original spin doctor of the church, didn’t have the chutzpah to paraphrase Jesus as saying “blessed are those that smite the enemies of Christianity.”

So as we honor those who died in war, let us not forget that question, “War…what is it good for?” – Edwin Star

The most notable theories (or the stories we tell) concerning the justification of war are as follows:

Pacifism – War is unacceptable. This theory is generally despised and rendered inconsequential by the force of the state and realities of conflict.

Self-Defense – War is acceptable only to protect yourself.  The problem here is that game theory introduces the concept of the preemptive strike or the “best defense is a good offense”. Sadly, one of the titular originators of “Game Theory”, John Nash of Beautiful Mind and Nobel Prize fame, died yesterday in an accident. Basically, I call this the George Zimmerman Doctrine and it is at the core of most of the recent drone strikes, sponsored insurgencies, and undeclared wars of recent memory. If you feel threatened, then shoot first and let God sort them out.

Militarism – War is not inherently good or bad.  Congress has only declared war 5 times– in the War of 1812, the Mexican-American War, the Spanish-American War, WWI, and WWII.  Instead, the Executive branch has used the United Nations and the Zimmerman Doctrine.  Some, like GW Bush, believe war is an American engine of growth for the economy and when you can print your own fiat currency, that may be justified, as long as the redistribution of wealth is defined in terms of your political allies and the military-industrial complex.

Realism- This is the de facto policy of our American body politic.  We learned helplessness to opposing the realpolitic view that the media and the powers-that-be have inculcated in us.  The thought that a world without war could exist or even be desirable is anathema to us.  In this Washington Post article, they explain that the US has been at war 93% of the time.

Consequentialism– The ends justify the means.  In the discussion of how our country won Indian pacification and Spanish and Mexican territory, the childish notion of Manifest Desitiny is the alpha and omega.  Try asking for reparations to Mexico for seizing California and see what kind of spit take you receive.

Certainly, when a person dies in service of their country, their martydom ennobles their sacrifice. They can’t be held responsible for the relative merits of the war that took their life. Perhaps surprisingly, the majority of wars are probably staged by operators with ulterior motives.  Power flows from the barrel of a gun and not everyone can be a conscientious objector.

On a group level, are soldiers responsible for proper conduct such as preventing mass rapes of German women by the Red Army at the end of WWII?  Russian soldiers were upset about 20 million dead comrades.  While raping and pillaging are long-standing atrocities from Huns to Vikings, to Mongols, the prevention of civilian abuse is a virtue for the morale and the professionalism of any army.

But what about the individual acts committed and witnessed against enemy combatants, prisoners, civilians, and even brothers-in-arms?  Those that perished after witnessing the atrocities of war are in some ways fortunate.  The survivors have to live with the memories and some descend into poverty, homelessness, mental illness, and drugs long after the 21-gun salutes and honor guards have left. 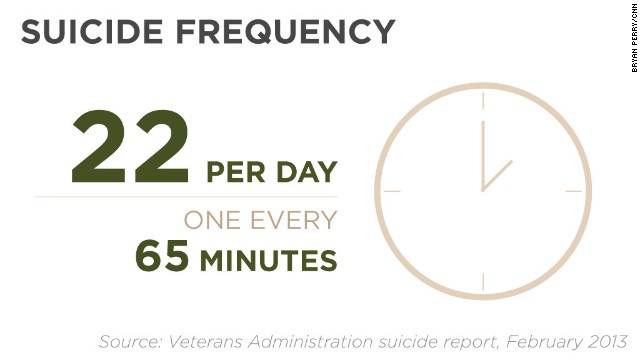 When I served my psychiatry rotation in 1992 in New York, the streets were littered with veterans who were battling PTSD with drugs and having to pay for those drugs with crime.  This let to an acceleration of the AIDS, and tuberculosis problems to say nothing of the lost productivity and shameful neglect of so many veterans.  Mood and thought disorders were rife and although I don’t believe pharmacological intervention is the best option in all cases, de-institutionalization of mental patients by the Reagan administration is not generally considered to be a successful policy.

I suppose the meta message of this post is that although we would never dishonor those who fell in military service, there should still be a discussion of the war they died in was just or even justified.  I would argue that to decouple the legitimacy of their actions with the legitimacy of the mission is essential to honoring them.  To do otherwise is to believe that consequentialism can actually serve as a time and logic warp. In other words, if we are emboldened to trust warmongers unconditionally, then we dishonor the sacrifice that our soldiers made.

As Joseph Campbell, a student of Jungian psychology said, “A hero is someone who has given his or her life to something bigger than oneself.”

I would suggest that a coward is somewhat who is afraid to ask whether that life was lost in the service of a just cause or not. If I asked to borrow your son for something and it turned out I had deceived you, would his death suddenly ennoble my conscription?  I would guess it would have the exact opposite effect unless I was representing a group in which you had blind faith.

Allegiance? Yes. Defense against enemies foreign AND domestic? Absolutely. Defending the Constitution and The Bill of Rights?  To the death.  Thanks, Rand Paul for your blockage of the Orwellian “Patriot Act”. 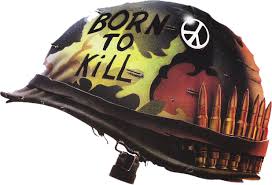 Full Metal Jacket: oxymoronic morality of war versus the duality of man

For a moving testimonial about the effects of war upon the arc of a human life, listen to this interview with Tony C, from my Podcast on Brain Injury: