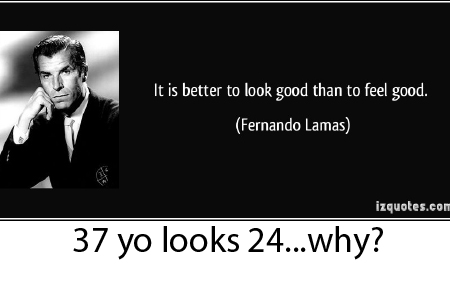 In my 11 years of taking and supervising use of TA-65, skin improvements are nearly a universally-reported change
2 Responses
Reading Time: [rt_reading_time postfix=”minutes” postfix_singular=”minute”]
37-yo man looks 24. What’s his secret?

This week, I had the pleasure of repeating PhysioAge biomarker testing on my patient who has been taking TA-65 for six years, since the age of 31.

Interestingly, his lung capacity has improved dramatically and that was conveyed in his story of outperforming in the Swiss alps an elite athlete more than 10 years his junior.

Another interesting thing he noted was that most people mistake him for mid twenties in age despite being a 37-yo outdoorsman of Northern European ancestry. Recently, when he went to the dermatologist, he had a very interesting encounter. Under the UV Wood’s lamp, the technician was startled and asked:

“What sunblock do you use? You have almost no sun damage!” She remarked.

“You must not go outside much, right?” she pressed on.

“Actually, I run and bike all the time in Las Vegas, where I live”

“Then it must be genetics.” she concluded. Compare his photo with this photo of a sun-damaged young lady, and you will see the dark spot that the technician was expecting to see given his age, ethnicity, and lifestyle.

In my 11 years of taking and supervising use of TA-65, skin improvements are nearly a universally-reported change. Whether this represents telomerase activation, stem cell remodeling, cell signaling, or many factors is unclear. What is clear as you can hear from this video that I made, is that while beauty is only skin deep, it can be enhanced with a little help from a capsule.

I am aware that some readers will be displeased by this blog because they think it unfair that a relatively young man be advantaged. Well, he watched all of my videos, made his own judgement, then found the price affordable as he was an early adopter of bitcoin. Despite being asked many times by close friends “what’s your secret?” and then providing it, only one friend of his in the many years has tried TA-65. So the problem is not just one of money but rather intellectual freedom and the ability to act based on your own judgment. The fear of cancer is real although perhaps the increased risk is not. So before you decry how unfair it is that a rich 37-yo looks like a 24-yo, consider all that I’ve said above. If you had the money, intellect, and risk tolerance to take TA-65 for six years, would you?  Even the majority of Hollywood people that take it don’t admit it because they can’t explain it and don’t want to be blamed for others spending their money or taking a risk.