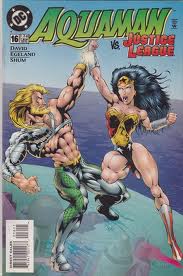 Check out this email I received last week from a 69 yo patient of mine:

“An update on my TA-65 experience.  I’ve been swimming 4-5 times a week, at least a mile per time.  Before taking TA, I might swim 1-2 times a week, certainly not as far as a mile.  The TA seems to improve recovery from exercise to the point that I don’t need a rest day between one mile swims.  TA doesn’t do the exercise for me, but it does enable it. There is a lady I see at the pool regularly who swims about my speed. She swims a 31 second lap for 70-80 laps, occasionally resting after maybe 40 laps.  When I first met her several years ago, I would swim several laps, rest, a few more, rest…  One of my measures of my own strength is how many times she laps me during a 40 minute swim. After a while I got it down to 4-6 times in a session.  Just recently I lapped her twice in the same time (she is very consistent – the change is entirely my improved performance).

Several weeks ago I swam 100 laps before she showed up.  She joined me in the lane, and we both did 100 laps at about the same speed.  She quit after her 100, and I stayed until the end of the session.  I ended up doing 232 laps (70.4 is one mile).  As a teenager I was in a swim class that had an “ultimate” test of swimming one mile.  I remember it taking forever, and I was dead tired after doing it.  Here I am 50 years later doing the same distance daily, with a personal record of over three miles set at age 69.  I never expected to be improving my physical performance at age 69.” – Rob L

Watch this video for yet a second case of a 61 yo man, Dr. Greg Gerber, swimming with a teenager.  It is such a hoot!

TA is not going to do the exercise for you, but it can make it easier to perform and recover if you put the desire and discipline into it.