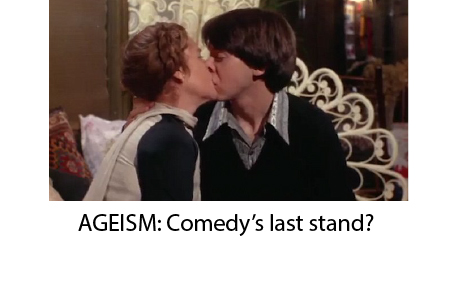 In a society that practices blatant ageism for mate and job selection, there are compelling reasons why a person would self-identify as younger.
4 Responses
Reading Time: 4 minutes
Ageism: the last funny “ism”

I am spending the weekend in Cambridge for my 30th college reunion and the word for the day is “ageism”.

The first thing that people who knew each other 34 years ago say is “you haven’t changed!” We all do it. We want to be kind. But is it really true? Not a chance.

This brings us to a question about ageism. Is it bad? Time Magazine did a piece on leaders in aging and I found it interesting that the majority of the people they lauded were tackling issues of ageism as if that were a significant evil, not the underlying aging itself. So let us discuss why aging may not quality as a full negative”ism”. Maybe ageism is good and will someday be even better? (read on)

When we talk the “othering” or discrimination on the basis of age it is something that we all need to do. Who we love is now thankfully not a controversial issue when it comes to same sex unions. But if one person is not old enough to give consent, it is a still a crime no matter what the sex of the participants. Good ageism protects children.

Secondly, aging is egalitarian to an extent. We all, no matter what identifiers we cling to, seem to age. It is the ultimate leveler of playing fields. Tonight, I was speaking to a person who in college looked like a Calvin Klein model and through no fault of his own, he seemed to have acquired some of the traits associated with aging during the last 34 years.

While we can certainly agree that sexism, racism, and ageism exist are harmful and warrants redress in some form, I don’t think we can assign the same negative valence to ageism as we do the others.

Aging is not a good thing or a mitzvah (good deed or commandment). I am not saying it is a tragedy or even something that won’t be mitigated and controlled. I’m merely saying that nobody except 20-year-olds want to get older. Ok, maybe there are some 64-year-olds who want to flip the odometer to enjoy the senior pricing at the early bird buffet, but chances are most everyone over the age of 30 would gladly, if they could keep their wisdom and experience, trade their current body for the one they had when they were twenty-one. Unlike gender or race, aging is an undesirable, unpleasant, and ultimately deadly acquired trait, not one which we are born with, and something that people feel quite morally justified in combatting.

Possibly my favorite movie, Harold and Maude, takes a funny look at a romanic relationship between a young man and an old woman and in doing so, has some very profound things to say about society, belonging, and authenticity; it comes complete with a wonderful Cat Stephens soundtrack as well.  Listen to this hilarious diatribe by the clergyman who is trying to dissuade Harold from sleeping with Maude:

“I would be remiss in my duty that the idea of intercourse…and the fact of your firm young body co-mingling with the withered flesh, sagging breasts, and flabby butt…makes me want to vomit.”

I imagine there are people who once held and expressed such views about interracial and same sex relations, so perhaps ageism is just the same sort of thing and we should embrace ageism as a universal evil?  Then again, maybe not…

There is a Dutch man who has mounted a legal challenge to change his birthday to -20 years because he allegedly has the body of a 45-yo as a 69-yo. This just seems like fraud, wouldn’t you agree?

Then again, I’m confused because reassigning gender is good (a craze among the “non-binary” youth) yet reassigning race is cultural appropriation as we saw with the cruicifixion of Rachel Dolozel’s for positive and aspirational “blackness”.  Not surprisingly, the rules of self-identification bend if we agree with your politics. Witness Elizabeth Warren getting a pass despite DNA haplotyping concluding the mere “possibility” of one Native American relative 6-10 generations ago and playing the Native American card when applying for faculty positions.

For a humorous take on the non-sensical arguments when the pseudoscience of race meet the fear of cultural appropriation, watch this video:

So in a society that practices blatant ageism for mate and job selection, there are compelling reasons why a person would self-identify as younger.  For more about the comedy of agism, one of last politically acceptable “isms” read this blog about the TV show Younger, created by the same man who brought us the Beverly Hills: 90210 and Sex and the City.

Most of the ageist humor at the college reunion is self-deprecating, or as I like to call it “self-defecating”. But there is rapidly approaching the day when the latter will be quite literal and that is terrifying to us all. A lot of classmates have already had cancer, most have had parents die, and some have even passed themselves.

Happily, this “gallows humor” of pointing to how old we are getting may someday become a thing of the past as we use technologies to reverse the biological effects. Unlike the other identity biases of sex and race that are largely innate, age may surprisingly be the one thing that we can actually do something about.

Jokes about weight are actually a grey area now so now it seems that the only thing that we can mock people about (especially ourselves) is age. Someday, when we can all voluntarily maintain the minds and bodies of young people, then ageism may take a whole other meaning. It would be tantamount to being a health Luddite or a Amish person if one refuses to avail themselves of telomerase activation, senolytics, and stem cell and exosome rejuvenation.

I look forward to the day when the decision to voluntarily age is viewed with the same disdain as those who smoke cigarettes. Positive ageism as a way of shaming people into staying young!  That is something to live to see.

P.S. I don’t feel that Harold and Maude is a dark comedy about inappropriately matched lovers; to me it is just a story about two people who connected with each other for all the right reasons in a world where everyone was obsessed with status, attainment, and ego.