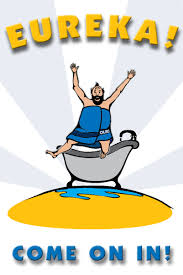 I believe that eventually the world will join me in understanding that there is really only one disease, with many faces. Depending on how long and in which organs the process has run, you see manifestations of disease and aging that you might call aging.
2 Responses
Reading Time: 3 minutes
Aging is not a thing. But can you give up what you know for what is real?

For #webinarWednesday, I want to address aging.  I was recently at a meeting of cryogenic/maximum lifespan enthusiasts and had the honor of meeting Dr. Bryant Villaponteau and Dr. Junli Feng, two of the key scientists at the GERON corporation and true pioneers in the field of telomeres.

When I mentioned that I no longer believe in aging, Bryant gestured around the room and stated “there’s your proof”.  I guess what I was trying to relay is that like, pornography, we know it when we see it.  But in fact, aging is a nebulous and wastebasket term which can only be understood and defined by subjective, sense-real ideas. If anything, replicative senescence is the best explanatory model but as a syndrome, as you will learn in my video below, the “aging” that you believe is real can also be reproduced by inadequate DNA repair.

When you think of aging, you outwardly think of what happens in this artist’s depiction:

When we examine natural syndromes of accelerated aging, the so-called progerias, we already see that the definition of aging is fuzzy. Watch this 11-minute video I did on the topic to understand what I mean:

Scientifically, the principle of reversing your version of aging using telomerase has been proven in three ways:

By using a lock-in-key reactivation of the telomerase in this Harvard mice study:

So the next time you think about aging, ask yourself, is it real?  As a term, it probably confuses more than describes.  Are these folks old?

Are these kids old?

Well all four can’t walk well and have poor control of their bladders, but is there something else different?

Would we smile if we saw this progeric child using a walker?

What I’m essentially saying is that all three pictures are mostly the same. They are humans in different stages of development, decay, and repair. They are a factory Edsels which have many road miles, Edsels with low miles, and a “lemon” with poor manufacturing.

I believe that eventually the world will join me in understanding that there is really only one disease, with many faces.  Depending on how long and in which organs the process has run, you see manifestations of disease and aging that you might call aging.  Read about my grand unified Stem Cell Theory of Aging in my book, “Telomere Timebombs: Defusing the Terror of Aging”