the fact that America won the Vietnam War under Kissenger and Nixon's leadership only proves our cause was just.
No Responses
Reading Time: 2 minutes
Crazy conspiracy theorists strike again – Did Kissinger prolong the Vietnam War?

In another slanderous attempt at a revisionist, liberal history, conspiracy nuts now claim that Kissenger and Nixon sabotaged peace negotiations which would have ended the Vietnam War in 1968.  Just like they said Reagan sold arms to Iran to delay US hostage release prior to the Presidential elections.  It makes me angry when people question our greatest and dearest leaders. 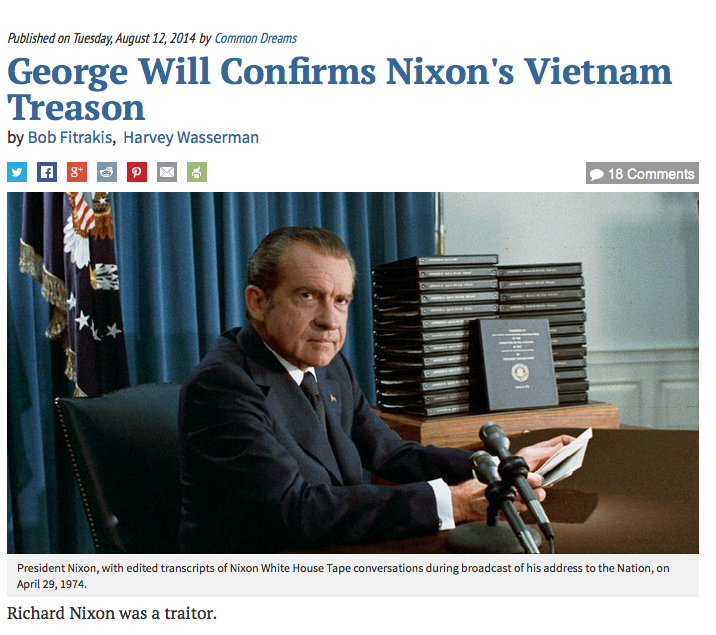 Clearly unbelievable. The fact that Kissinger and Reagan are great heroes proves that no such actions could have taken place.  People who suggest that a presidential candidate might risk American lives and sabotage national security just to win an election are the real traitors.  Why would they give Kissinger a Nobel Peace Prize for ending the Vietnam war in 1973?  His conscience would never have allowed him to accept that if any of the sabotage allegations were true.  And the fact that America won the Vietnam War under Kissinger and Nixon’s leadership only proves our cause was just. By stopping the dominoes, we set the stage for Reagan to bring down the Berlin Wall decades later.

In times of war, we must remain steadfast and loyal to our leaders and it does no good to question what might have taken place for whatever reasons now.  Would it do any good to point fingers at the Lehman Brothers or the Bear Stearns of the world now since the entire financial collapse of 2008 was just systemic, a few bad apples, and some reckless borrowing by ignorant, poor people?

In general, what was done and the very idea of historical “accuracy” are things that only unpatriotic intellectuals worry about and are much less important than adhering to a clear and believable narrative of history.  We can’t be strong and free unless we follow leaders and refuse all this Monday morning quarterbacking and baseless innuendo.  Liberal, conspiratorial, revisionism is of no use to a nation that is still at war with Communism, Islam, Russia, Racism, Spain, the Confederacy, Mexico, Indians, and British Rule.  And France.

Nice try, conspiracy nuts.   While you and the traitors that produced the TV show below openly criticize our nation, we patriots refuse to grow weaker in our resolve. We must band together with one shiny vision for the future!  Those that control the past, control the future!  In case you are confused by that whole Watergate thing (Nixon was just anticipating the Patriot Act) here’s an easy guide to deciding whom to trust:  the only ‘domestic enemies’ are the ones that already in jail. 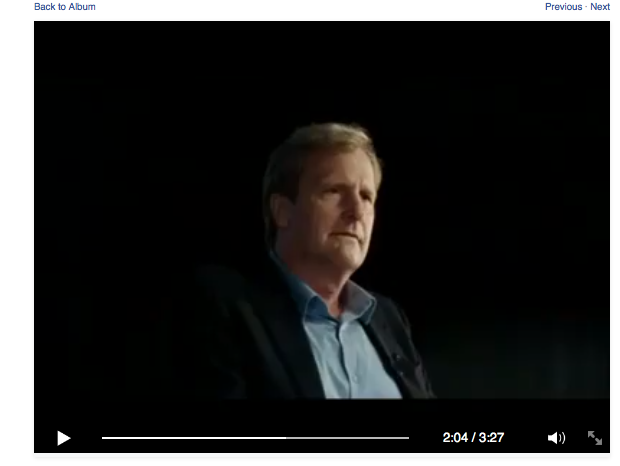 Put it this way.  If I told you your mom and dad pretended to be Santa Clause, would you love them any less?

And if I tried to show you evidence that your mom poisoned your abusive birth father and married someone else before you were born, I recommend you attack my character. Human nature.  And it’s a good thing