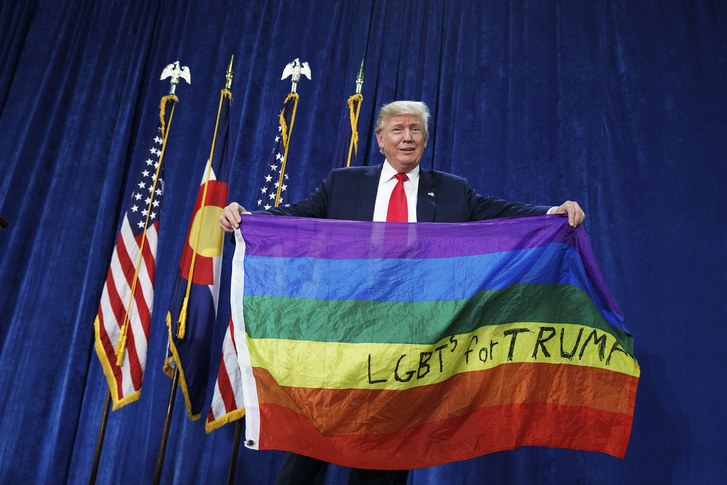 This week, the Trump administration advocated decriminalizing homosexuality worldwide which confused both his supporters and detractors. Since the mainstream media narrative is that he is anti-LGB, it is largely being unreported despite being a very bold push in much of the world where homosexuality is still a crime. Is it cynical politics? I don’t know.

But it reminds me of last year’s pardon of Jack Johnson by Trump which I blogged about here and efforts to address systemic racism in the Federal criminal justice system.  So many people who consume mainstream media and have Trump Derangement Syndrome don’t abandon the narrative that he is an inveterate racist so they say it was another stunt performed for the optics. 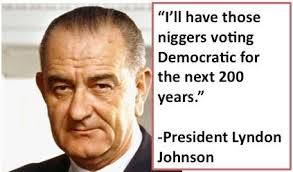 I was taught by the mainstream media to be fearful of conservative author and filmmaker Dinesh D’Souza but he makes some very cogent arguments in his lecture about the Democratic party’s ties to slavery, defeating Reconstruction, creating Jim Crow segregation, and using racial division to shore up its base, which is ongoing. Trump pardoned D’Souza who was convicted of making a campaign contribution in excess of the allowed amount. In the midst of fear of a black exit from the party, it is useful to remember the “hate speech” and cynicism of one of the most amoral politicians in history, LBJ.

I like many, would have believed the manufactured narrative that the Democratic party is the party of inclusion except I learned much from my research into a screenplay about black jockeys in the late 19th century, I learned that the efforts of blacks to gain political power as black Republicans were roundly persecuted by white supremacists Democrats in the South.

If you want to read an interesting screenplay that I wrote about black jockeys, then read this blog and download my screenplay.

I was talking with a patient this week and we were remembering just how overtly racist the nation was when we were kids. It is nice that now people have to hide it in many circles due to political correctness. What would be better is if people just stopped believing that race is based on anything more than visual and contrived descriptors that have roots in culture, not biology. The haplogroup technology to “trace ancestry” of the consumer genetics market is deeply flawed.

I hope that internet, which shows us people from every corner of the world, has taught us that we are all one race, the human race. My travels, study in Biological and Cultural Anthropology, and 52 years of life experience have taught me that racism is just fear combined with ignorance. Fear and ignorance are a normal part of the human condition but that doesn’t mean we can’t transcend them and aspire to be better.

It is time for humanity to wake up to the possibility that we can live without artificial divisions and scarcity. As humans, we have so much more in common as people, whether male or female, gay or straight, whatever culture or ethnicity, and whatever our vocations or religions. This is the final and true greatest awakening that the fear-mongers don’t want us to complete. Divide and conquer versus unite and depose. Let’s all rise above our own identity politics and promote a world increasing love, freedom, and prosperity for all.