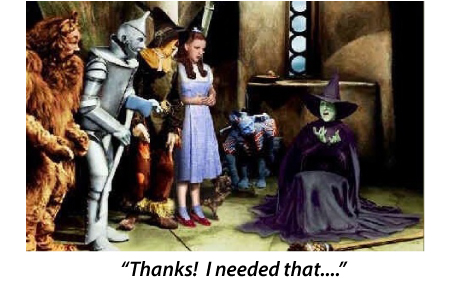 "The time has come to seriously ask whether antioxidant use more likely causes than prevents cancer," Dr. Watson said. Nutritional intervention trials have shown no obvious effectiveness in preventing cancer or in lengthening lifespan, and, "in fact, they seem to slightly shorten the lives of those who take them."
No Responses
Reading Time: 3 minutes
Do Antioxidants increase risk of cancer death?

Did you know that our best research indicates that antioxidants not only don’t help us survive cancer, they have the opposite effect? Read this article to see the evidence:

When I present an idea that contradicts firmly-held beliefs, people automatically close their minds. But like parachutes, minds only work when open.  Even the discoverer of DNA, James Watson, considers this new hypothesis on ROS (reactive oxigen species)  “among my most important work since the double helix.”

“The time has come to seriously ask whether antioxidant use more likely causes than prevents cancer,” Dr. Watson said. Nutritional intervention trials have shown no obvious effectiveness in preventing cancer or in lengthening lifespan, and, “in fact, they seem to slightly shorten the lives of those who take them.”

In order to understand this, just pick up a copy of my book, Telomere Timebombs: Defusing the Terror of Aging.  In it, I explain that the oxidation present in damaged cells, including cancer cells, may just be evidence of a damaged cell attempting to commit apoptosis, or self-annihilation.

People fail to realize that the oxidative hazard from the “battery acid” inside the mitochondria is kept sealed off from the rest of the cell and especially the nucleus unless and until the mitochondria become “leaky”. Well, the reason the mitochondria become leaky is that the watchman of the genome, p53, instructs the mitochondria to do just that and melt the damaged cell from within, like the Wicked Witch of the West, melting. If we keep on toweling off the witch, she can’t melt. Radiation, in particular, uses oxidative damage to kill cancer but I don’t think our current models take into account that the mutated cancer cells are actually trying to kill themselves by poking holes in the mitochondria.

The same principle not only applies to cancer cells but to aging cells and the fundamental process that leads to this desire to self-destruct is genetic mutation caused by telomere shortening in all stem cell types. There is only one disease, with a thousand faces.

You may think this is a dumb idea because of your believe that antioxidants are good but it isn’t quite that simple once the cells are damaged and actually TRYING to kill themselves off with oxidation from within, because that is for the greater good.

Read this article in the New England Journal of Medicine in case you think I am just making this stuff up.