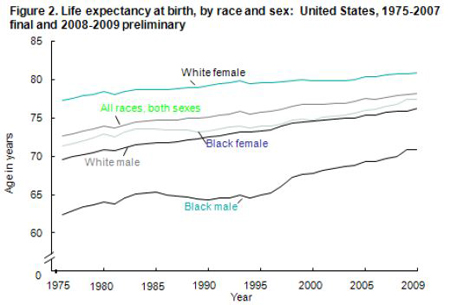 No Responses
Reading Time: 2 minutes
Does racism cause premature aging?

I very much respect the authors, their intent, and the social science tradition in which this study was conducted. The headline reads “Racism may accelerate aging in African American Men.”

Having said that, I have the following complaints about this study:

10) Self-reported racism may be a proxy or statistically confounded by other things like depression, poor coping skills, low socio-economic status

9) Just because human Telomere length shortens 50-100 bp a year on average, that doesn’t necessarily translate into shorter lives or worse health. Of course I absolutely believe that it does but this study wasn’t designed to show that per se

8) The author states that ” Stop-and-frisk policies, and other forms of criminal profiling such as ‘driving or shopping while black’ are inherently stressful.”  This is not the entirety or perhaps the most representative of the experience of racism but is meant to inflame and build sympathy somewhat cynically

7) Few people argue that racism is a positive thing so it really isn’t going to change anything, right?

3) How could they possible control for all other factors like prison time, family support, faith, co-morbid illnesses, environment, even the way in which the question was asked (by whom, where, with what understanding?)

2) People will think “someone just clutched their purse when I got in the elevator- now I’m gonna live 5 minutes less”  (don’t laugh- remember that idea that every cigarette smoked shortens your life by like 3 minutes.  That is dangerous oversimplification!

1)  I’ve already wasted too much of your time and my time thinking about the idea that racism shortens life. Of course it does!  Do we need data showing that water makes things wet?  How about colored water? (pun intended)

Take home lesson? Everything that adds stress, increases fear, and decreases feelings of love and connection will hurt the individual. No more studies like this, please!

In contrast, I am planning to set up a non-profit to test telomerase activation in real diseases. That is where we can make the most progress: connecting funding with researchers to do randomized clinical trials.

TA trials will comprise new and important theory-based research and that will definitely help all our fellow humans, regardless of race, color, creed, sexual orientation, or telomerase activity.