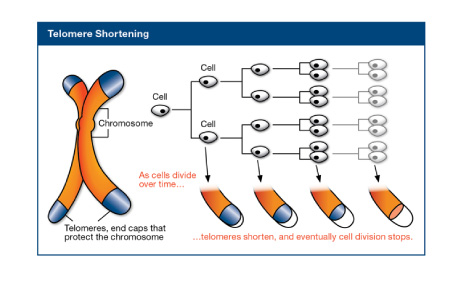 For some reason, today is DNA day so I thought I would explain what DNA is and why the mechanics of copying it lead to aging and disease.

DNA stands for deoxyribonucleic acid and it is comprised of four flavors of this basic molecule that always match up: A matches with T and G matches with C. 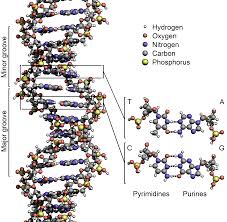 The DNA exists as a zipped up double helix, with the matching base pairs, except when it is unzipped for the purposes of copying or transcription.

The DNA is wound around spools and packed tightly into chromosomes.  All living things except some prions and RNA viruses use DNA to encode their information and magically, the living things can take form and function just equipped with the information and the machinery from a single cell, which can remain single in the case of bacteria, or differentiate into complex life in the case of plants and animals.

DNA has informational sequences known as genes which are transcribed into messenger RNA, which are what encode the proteins that are made when the messenger RNA segment is read by the ribosomes and then translated into a protein. 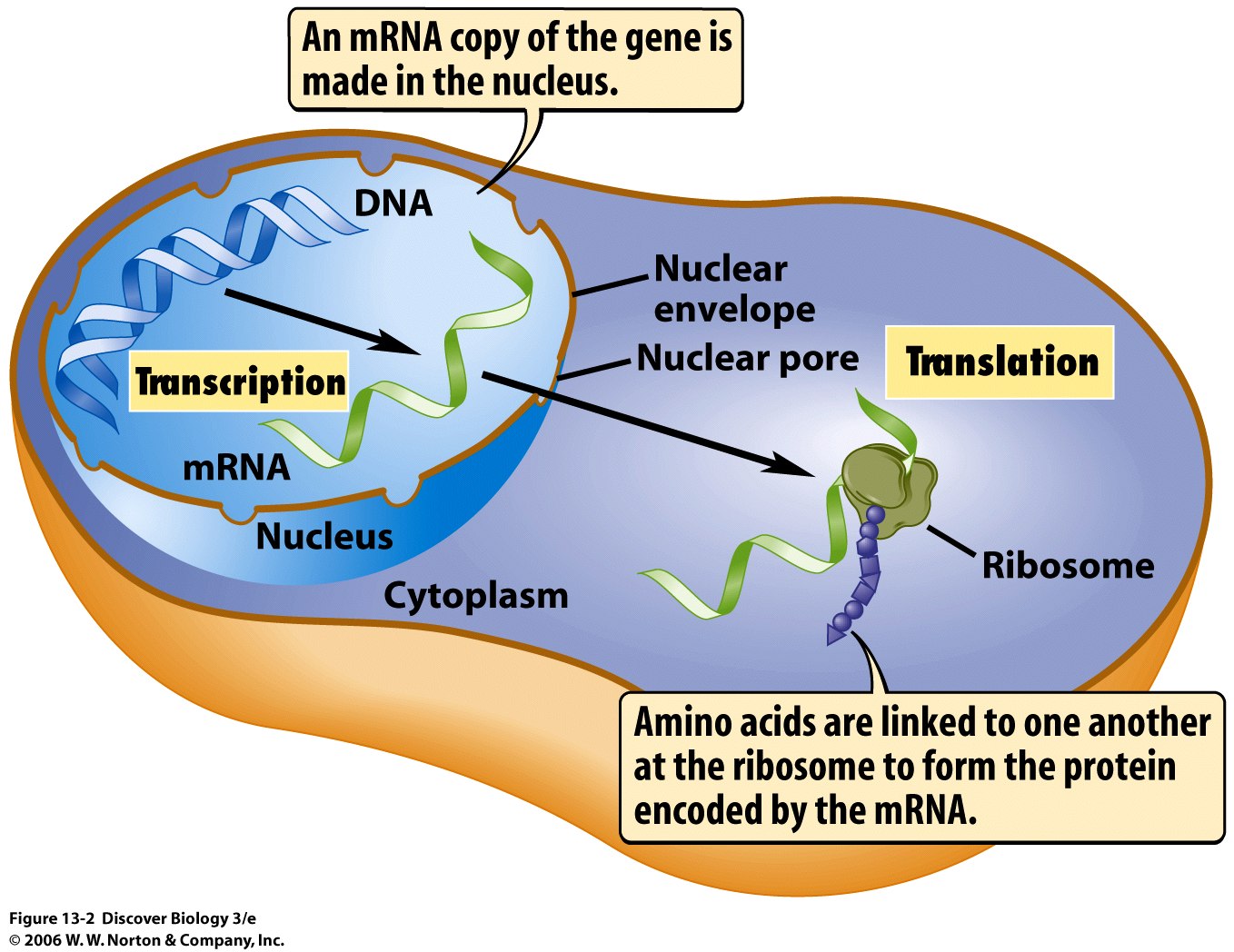 Finally, I want to bring in this little synchronicity which is a statue from outside my Newport Beach public library to explain why we age: 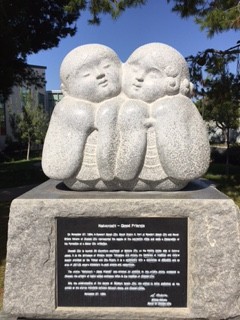 This statue is entitled “good friends” and that is because it comes from our sister city, Okazaki, in Japan.  In fact, a man named Okazaki explained how the good friends of the double stands of DNA copy and it is at the heart of why we age!

You must understand that DNA has polarity and can only be assembled in one direction, that is the 5′ (five prime) to 3′ direction.  One half, the 3′ to 5′ antisense strand, is easily transcribed and matched because its “leading strand” good friend is being assembled in the 5′ to 3′ direction.

But the 5′ to 3′ sense strand is copied into a “lagging strand” which lags because it obeys the rules of DNA synthesis and so must be copied in 5′-3′ Okazaki fragments which are then sewn together. 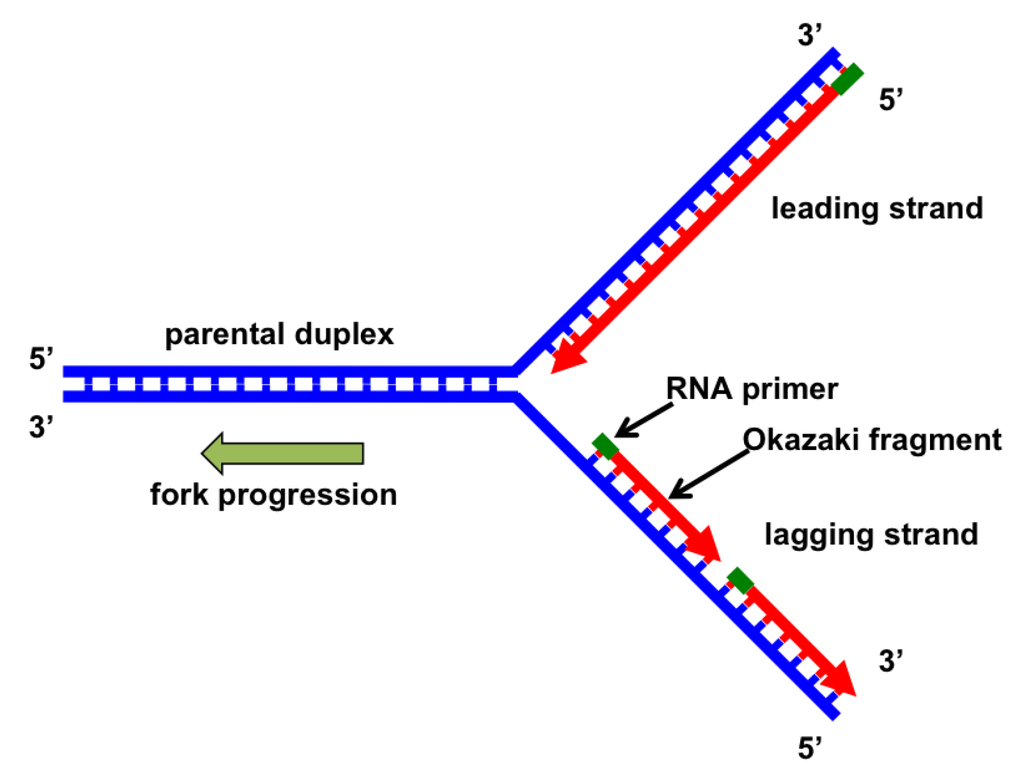 Because DNA synthesis requires an RNA primer at both ends, each time the chromosomes copy, they lose 50-200 base pairs from the inability to “back fill” or faithfully copy the part where the primer was. This so-called “end replication problem” leads to telomere shortening in telomerase-inactive, non-stem cells.

It is simple: your normal cells without telomerase will have only 50-70 divisions before telomeres get critically short and cause mutations and death: 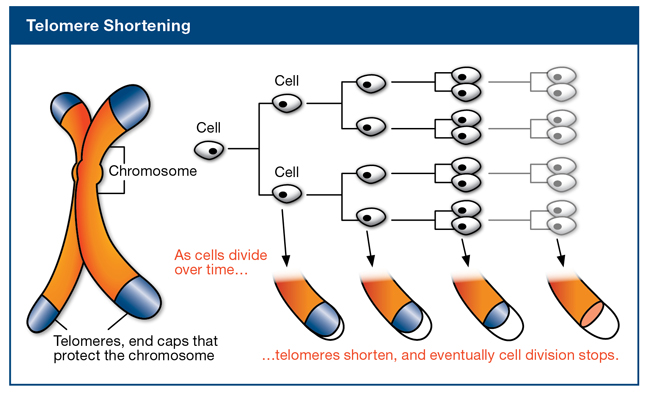 But stem cells have telomerase to relengthen the telomeres so the 50-200 base pairs we associate with chronological aging is actually just a coincidence and relates to the inability of the master stem cells to keep up with their telomere maintence, leading to a degradation in the viability of your reserve copies.

The good news is that telomerase can overcome telomere shortening and that healthy lifestyles, telomerase activating supplements, and possibly even gene therapy may help keep you from having to age.

To understand more completely why I believe this is the cause of the majority of aging and disease, read my book, Telomere Timebombs: Defusing the Terror of Aging 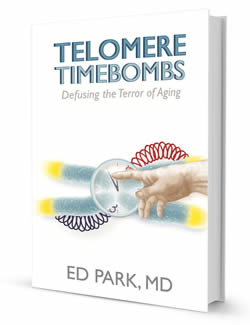 1 thought on “For DNA day: a simple mechanical explanation of aging and disease”