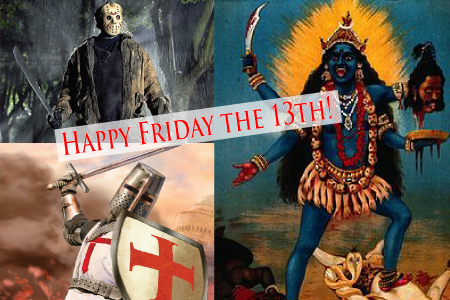 Once upon a time, powerful men walked the financial and civil halls of power at home whilst sending peasants’ and their children off to kill and die in the name of God’s glory in the Holy Lands. They amassed vast sums of wealth by loaning money to kings for the purpose of waging wars and they practiced secret rituals that bound them together.

There are some conspiracy buffs who believe such a description could apply now, but in truth, this is a story of the Knights Templar running up against an anti-Pope and a King.

King Philip VI of France was so deeply in debt to Templar bankers for financing his war against the English that he first did what Weimar Germany’s Nazis would do six centuries later: he went after the ‘low-hanging fruit’ by scapegoating and robbing the money from Jews in 1306. The French king expelled 100,000 members of the tribe in the “Great Exile of 1306”.

But Philip needed even more money so instead of paying back the Templar bankers, he plotted to arrest and abolish them. After over 200 years of the lucrative Crusades, Phil and Clem succeeded in turning (and overturning) the tables on the Order of the Knights Templar in just 24 hours.

King Philip IV and the Anti-Pope Clement V (when there was a papacy in Avignon as well as the Roman See) orchestrated a blow that could have easily been thwarted but miraculously, was not.  All across Europe, sealed letters were opened at dawn of Friday the 13th, 1307 that contained instructions to local authorities to arrest the Knights Templar.

Just before the Templars’ leader, Jacques de Molay, was burned at the stake seven years later, he was quoted as saying:

“Dieu sait qui a tort et a péché. Il va bientot arriver malheur à ceux qui nous ont condamnés à mort” [translation] “God knows who is wrong and has sinned. Soon a calamity will occur to those who have condemned us to death”). Pope Clement died only a month later, and King Philip died in a hunting accident before the end of the year.   (source: Wikipedia: “Knights Templar” entry)

And so dear friends, we at last perceive the rhythm, rhyme and even the reasons for our struggles. In any organized society and throughout every epoch, the most cunning and ruthless of wolves seize power.  All of modern history can be viewed as a glorification of man’s will-to-power, crusades to vanquish enemies of our jealous gods, scapegoating of the Jews, and political-military solutions to resolve debt. These are gears upon which history grinds her gristle.