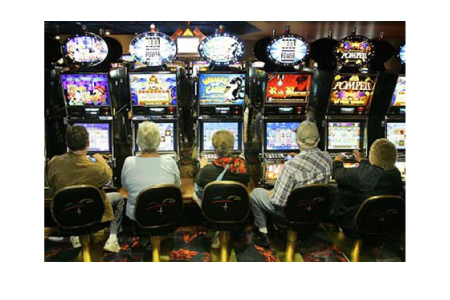 Last week, I blogged about negative interest rates and the Keynesian global bankers embracing the ban on high denomination currently as part of that strategy.  On the same day, unbeknownst to me, The Economist, published this article and illustation (notice the Keynes Industries on the bazooka)

Now I would like to introduce you to another concept that may not have made it onto your radar but is definitely coming down the pike faster than Leonardo DiCaprio chasing his son’s killer: GUARANTEED BASIC INCOME (GBI), which the Swiss just proposed to the tune of $2,800 a month, just for being alive. (UPDATE 9/10/2016: This referendum was defeated in June, 2016.) What is behind the push for guaranteed basic income?  Is it altruism?  Far from it.  It is related to negative interest rates, however. It appears that in times of price deflation and currency strengthening (as with the Swiss Frank, Japanese Yen, and US Dollar), people just stash their money in safes and hold off on purchasing things which slows the economy further. Most bankers were schooled on post-depression inflation and ‘velocity of money’ thinking of the Keynesian school of economics.  They think the only good fiscal policy is one that encourages spending, not saving.

A GBI is a desperate attempt by policy makers to invert and abandon ‘trickle down’ economics that has been on a roll for the last 30 years. How many yachts and homes can you own?  Not as many as you would like if all the plebs are living in abject poverty and the economy is in deflationary recession. GBI is an attempt to play with “trickle up” economics for a change.  It also is a tacit admission that trickle-down is no longer sustainable or in the best interests of the uber-wealthy.  Half of the world’s wealth is already securely in the hands of 62 people.  If you include the royals and banking/business dynasties, it might actually be only a handful of people.

These folks aren’t stupid. Think of an economy as a giant casino. Sure, the house never loses, unless the buses stop coming with the Social Security checks.

Some conspiracy theorists think that the people who control the world are trying to depopulate it with vaccines, polluting the food and water, chem trails, germ warfare, and regional conflict.  But what they don’t realize is that the oligarchs also concede that they can’t have an economy (the casino) without consumers (the players).

This new push towards GBI represents a tacit admission that it may be time to switch the laundry from the washer to the dryer now that all the change is out of the pockets.

When my friends who I play poker with, these captains of industry, decry the hoards that need to be given jobs and fed if robots do all the work; what they don’t concede is where these social derelicts came from.  The efficiency with which CEOs cut costs has repercussions when the middle-class melts through the cracks to join the underclass.

Just as the industrial revolution in the absence of labor laws or even a concept of protected childhood allowed for great wealth accumulation, we have also come full circle and have arrived in Dickensian Industrial London in 2016 America: “It was the best of times (for the oligarchs), it was the worst of time (for the wage earner).”  The innovations which got us here are corporate greed, the airtight beltway ecosystem, and the mantra that labor rights were socialist and that capitalism would improve everyone’s lot in life.

Even the folks who meet yearly at the World Economic Forum in Davos are starting to talk about pitchforks and guillotines.

Some folks have acquired more wealth than they could ever spend, like Zuckerberg, Gates, and Buffet; and we call them heroes for pledging their wealth back to charity.  But what if instead of making quite as much money, they shared some of it on the way to the top?  Maybe we wouldn’t be turning into another Banana Republic? One problem is that CEOs are concerned with metrics such as their paycheck, their quarterly earnings, and their stock options.  But the fundamental problem isn’t just CEO shortsightedness; look at this table of CEO to worker salaries and notice that Japan has very reasonable CEO pay yet their economy is faltering:

Think of the economic problems when China’s growth economy starts “Turning Japanese”.  For the fourth straight year, Japan’s population has shrunk and all the negative interest rates and quantitative easing have failed to rescue the nation.

This dirty little secret is what the world bankers is now focused on: fewer workers, older and less productive people, and a drop in consumer demand, pricing, margins, and everything that comes with supply/demand market corrections. GBI may be the only hope of keeping the rich, rich.

If no one plays in the casinos, they go bankrupt.  GBI may even allow the government to privatize things like food assistance, Obamacare, housing, and education. Their friends can start selling former government benefits, creating more wealth for a select few.

At the end of the day, people who generate policy don’t really trust free and fair markets because they have always manipulated them. They won’t let the ‘chips fall where they may’ because too many people they know are at risk when recession occurs.   In truth, people will buy more houses when the prices drop 30% but the devaluation process will trigger massive damage to people they are fond of.  They don’t care that people will replace cars when the next year’s model will be a few thousand dollars less because no CEO every got to be a rock star by managing a downsizing well.

So what is one solution for global deflation, negative population and GDP growth, and the coming apocalypse?

Well, increased healthy longevity is a game changer.  The more they make, the more they spend.  If we delay or cure aging, we can tax people ad infinitum and abolish retirement ages completely.

And people expecting 100+ years of healthy lifespan may be inclined to have more than one child for every two out of sheer boredom.  Extend reproductive life and productive adult life expectancy and you will have the money to build bigger casinos and buy bigger yachts.

What we really need is for all the think tanks to rethink their missions.  The purpose of government, business, agencies, and people are not to acquire control and increase power. A huge company like Apple doesn’t need to grow at 10% per annum to be successful. It is already successful at making stuff and quite sustainable at a zero or negative new business growth rate.

The purpose of every mission statement from a nuclear family all the way up to nuclear superpower, should be to be of service in a sustainable manner to everyone, even if that means declining in power and prestige.