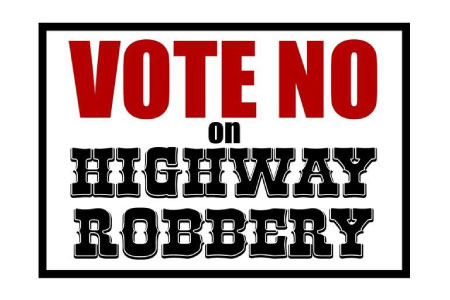 If you get sick without insurance in the US, you are in for a shock. Did you know 60% of US bankruptcies are due to medical bills?  That would be solved by a single, government pay system.

My friend asked me to help him take a look at bill from the emergency department.  It was alarming!

I did a spreadsheet for what would be considered reasonable charges by CMS, the government agency which sets reimbursement. I conclude that a fair market price would be closer to $1,300: Hi son, a citizen of another country who lost his insurance due to chronic back pain, went to a Los Angeles hospital because of pain related to a kidney stone that he passed in a couple of hours. Instead he spent the two hours at the hospital and as a result, they now owe $22,000 dollars with interest accruing daily.  If he had called me, I would have known he was passing a kidney stone and told him to stay home and drink some fluids (and maybe a shot of vodka).  That would have saved him $22k.

Just so you know, some of these charges are not allowed by billing rules including lab testing and the third IV pushing charges.

The amount that the government or any insurance company would reasonably pay for this would be between $1,000 and $2,000.  That already is a travesty because a robot doctor could have diagnosed and treated this with a few bottles of Gatorade and some intramuscular shots for about $45.

My friends, afraid their son’s credit rating will suffer, are not going to fight this. So they are going to write the check for $22k.

To my amazement, some unethical nurse pushed a syringe three times and asked $3,270. That is a thousand dollars per movement of the thumb.  What a service she must have provided and what a nice home and car she must have, right? (<—sarcasm)

A CT scan was done for what could have been diagnosed clinically by talking to the patient. They charged them $9,750 instead of the $670 that the government would have paid. Seems totally reasonable, right?

To lie on a gurney for two hours and get useless blood tests, pain pills and an bag of saline, the hospital charged $5,800 instead of the $125 the government would have paid for the visit. They should be glad there wasn’t room enough for a semi-private room to delivery the kidney stone.

The government of the people might have incentives to save money. A private hospital does not. There is little recourse to ask a hospital to be reasonable. Perhaps we are not getting a good value from private hospitals, insurance, and pharmaceuticals?  That is why Presidential Candidate Bernie Sanders has advocated a single payer and challenged other candidates to back the California’s Drug Price legislation.

It shouldn’t surprise you that hospitals overcharge because we can’t get our incentives aligned. Hospitals feel “justified” taking advantage of these people by charging 20-100X what the actual cost of providing services is just because you can’t stop them and because many are uninsured and don’t pay (because they can’t).  If you don’t have insurance, you don’t have your own gangsters like the insurance companies to defend you.

Unfortunately, beltway lobbyists, corporations, politicians, and the ecosystems of profit built around them have incentives to create the highest profits and eliminate cost, value, and quality scrutiny.   No company, regulatory agency, or bureaucracy ever actively tried to reduce their importance which is a good argument for letting robots run things.

Now that we have decimated our middle class, free markets, and a free press, we are essentially living in Venezuela, but we just don’t realize it.  If our debt was ever sold as the Saudis and Chinese are threatening we could go into hyperinflation but luckily, we are too big to fail for our trading partners and we would take every one down with us.  Plus, we aren’t the least bit worried about sending aircraft carriers to change your regime if you get a little too cheeky with us.

Why do I say we are already living in an engineered Banana Republic? Well. we have doubled the debt from $10 trillion to $20 trillion dollars in the last 8 years.  Thankfully, we have projected military force with such alacrity that no one dares mess with us, and happily, we have one of the lowest political consciousness and participation in the “free world” allowing us to turn this ‘aircraft carrier of public opinion’ on a dime using fear and media manipulation; throw down some raw meat and the dogs will let you steal the family jewels.

Now that the Republican Party has engineered its own implosion by abandoning its reactionary base, perhaps the Democratic Party can engineer its own demise by courting the affluent wing of the Republicans and alienating its progressive base?

With no one willing to fight for democratic socialism of the Scandinavian kind, both parties should fear the emergence of a political parties and unholy unions as with other parliamentary republics.  We can envision the rise of Anti-federalist/Libertarian, Anarcho-socialist, or Nativist-fascist parties.  Interesting times- so interesting you might want to keep the jet fueled and have the natives trim the trees along your private airfield.

Somehow, we need to manufacture more fear in this country in order to sustain the police state that we have become. Perhaps a bona fide currency crisis caused by President Trump’s cancelling of 90% of our US Treasury bond value, backed by a threat of trade and military retaliation can get us out from under own fiscal constraints?

I was struck by a commentary on NPR that there is order in Venezuela. People protested. Protestors died. They dream of water days and escaping to other countries.  But through the collapse of their systems, a few remained wealthy and the government maintained control. Here in the USA, people who run the ecosystems of private-corporate-lobbyist hegemony don’t realize that what Peanuts creator, Charles Shultz, most cherished about out country, was its middle class. But the middle class has already been shot in the head and is waiting to die in coma. And it never had any chance of paying its$10M hospital bill anyway so let’s pull the plug already.

When rational players act efficiently and without moral, legislative, or criminal repercussions, it is like making tree houses from the lumber below. Instead of stopping, the plan is to put helicopter wings on the tree house and let the roots and trunk wither away.  If you or I get caught running a crooked craps game, we might be in trouble.  If you are a big capo with big friends, you might face a slap on the wrist and keep 99% of the money you managed to make from manipulating markets. I know peaceniks like this former Bush secretary and Dwight Eisenhower might complain about the 53 cents on ever tax dollar for military defense, which includes foreign aid, weapons systems, and having the most fearsome fighting force in the world.  “I’d rather be a hammer than the nail” indeed.  Just realize that every system of order runs either by agreed-upon principles or the threat of murder. Looks like we are headed backwards again and as one of the greatest dictators, who happened to self-identify as a Communist, said, “power flows from the barrel of a gun”.

Hopefully, the gangsters of the world can avoid ‘going to the mattresses’ this time but sadly, there are too few people with skin in the game now to even care.   Chinese gangsters? British gangsters? Play nice, now.  As the punchline to the old joke goes, “if we walk down there, we can eat them all.”  Don’t blow it now. Not all change is good and not all ideas are good.  Gold-backed currencies, negative interest rates, digital money, guaranteed income, debt jubilees, hyperinflation…not cool man. What we need is to play by the rules, not disrupt the system like some Silicon Valley startup…take a deep breath and don’t panic!  We want you to continue ruling us with fiat currency, market manipulation, fractional reserve banking, and wage and housing sharecropping.  We don’t want to be in dystopian Venezuela or utopian Buckminsterr Fuller-land.