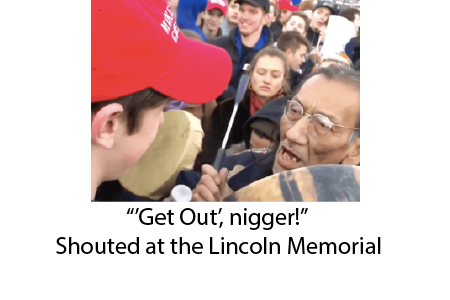 It brings me no joy to report on my findings of what happened on the steps of the Lincoln Memorial this Friday
2 Responses
Reading Time: 6 minutes
MLK’s dream inverted, perverted, and subverted

It brings me no joy to report on my findings of what happened on the steps of the Lincoln Memorial this Friday, after the planned marches for indigenous peoples and the “Right to Life” anti-abortion tribes met.

As I explained in this blog about the difference between facts and the truth, as explained by the movie, Rashomon, the facts are these:

A group of six African-American men confronted a group of Catholic high school students. An elder from the Omaha tribe beat his drum in the midst of the students. The mainstream media judged the students to be mocking the elder and the students were shamed and used as political theater to attack Trump supporters generally.

How sad that 55 years earlier on those same steps, the prophet and leader MLK said “I have a dream that my four children will one day live in a nation where they will not be judged by the color of their skin but by the content of their character.”

After watching much of the footage and reflecting, here are four versions of the events, told with some perhaps undeserved empathy:

These righteous men of god saw a gathering of young men, many of whom were wearing MAGA hats, and decided to confront them. Despite being outnumbered by the fascists, they courageously confronted them, refusing to be silent in the face of hated and bigotry. We can watch this video to substantiate the rather clever and on-point arguments that were made at baiting the true evil racists, who by virtue of their appearance and Trump hats, were deserving of moral correction. Their use of the N-word addressing Covington students was not hateful but rather aspiring to wake them up. As in the movie, “Get Out”, the clever double entendre and reference to organ stealing is not meant to be literal but rather metaphorical to the peril the young men faced by being associated with white people. The comment about white kids being school shooters was merely a rhetorical flourish. It should be self-evident that anyone who wears a MAGA hat is evil and deserves to be derided and shamed.

The video evidence, and there was a lot of it, from different angles shows the brave men challenging the group, not with hate speech, but rather “truth bombs”, revealing the history of pedophilia and false prophecy from their leaders. They also use racist attacks to humble the essentially evil whiteness. For nearly an hour, god gave them then strength to rise up and challenge the evil that these young men don’t even know exists inside themselves.

Calling black Covington students “niggers”, white students “crackers” and “school shooters” cannot be considered bigoted or hate speech when the truth has been revealed to us. Historically oppressed people cannot, by definition, be called racist by virtue of their oppressed status. This video footage was taken by the Black Hebrew Israelites and posted to YouTube.

As students in a Catholic high school, we attended a March for Life rally and were told to wait at the Lincoln memorial until our busses arrived. Four men from the Black Hebrew Israelites confronted us and for nearly an hour, they hurled racist and other hateful insults at us.

We were respectful but they continued to harass and intimidate us, even calling two of the African-American Covington students “niggers” and telling them to “get out”.  We were tired of the harassment so we asked permission to do school chants to drown out the harassment.

After our school spirit chant, Phillips decided to enter our crowd; we did not surround or harass him as implied and reported in the media. Go to 3min 15 seconds.

1 of 4 – Indigenous Peoples March #MAGAyouth, Nathan Phillips and others from Indian Country Today on Vimeo.

As the video shows, he was banging his drum and singing as he walked directly into our crowd for unknown and unannounced reasons, banging his drum, to the confusion of me and the others. At no time did we hear or encourage any kind of hate speech and the absence of any video of us chanting what Phillips claims we said, despite the many devices present, bears that out.

Here is Nick Sandmann’s statement in full and an excerpt:

The protestor everyone has seen in the video began playing his drum as he waded into the crowd, which parted for him. I did not see anyone try to block his path. He locked eyes with me and approached me, coming within inches of my face. He played his drum the entire time he was in my face.

I never interacted with this protestor. I did not speak to him. I did not make any hand gestures or other aggressive already been yelled at by another group of protestors, and when the second group approached I was
noves [sic]. To be honest, I was startled and confused as to why he had approached me. We had worried that a situation was getting out of control where adults were attempting to provoke teenagers.

I was attending the Indigenous Peoples march and I did indeed witness a confrontation between a few Black Hebrew Israelites and a group of students wearing MAGA hats. At one point, they began to do chants, the exact content of which I didn’t understand. But I felt that given their political attire, I believe I heard them chanting “build that wall” and other xenophobic slogans.  I am sure the video documenting what I thought I heard will surface eventually.

At any rate, a great spirit filled me and I realized that the medicine of my singing and drumming was what was needed to calm the situation. Filled with the power of the great spirit, I decided to walk among them and fill them with healing and awe. Although I was not physically threatened or verbally abused, I recognized in those young faces the enemy that I have faced my entire life. They have visited great evil upon my tribe and this country generally and only by relinquishing their claims can we begin to heal.

Thanks to my intervention, the situation deescalated. Or it could have just been that the busses arrived.

The students were waiting for their buses. The Black Hebrew Israelites wanted to confront their perceived enemies and hurled insulting and bigoted remarks at the students. The students wanted to regenerate their tribal power by doing chants. Phillips saw an opportunity for a political stunt and to defuse the tension, and it worked. 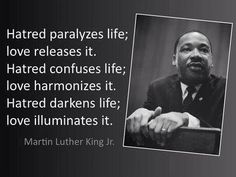 I don’t think MLK would be proud that people were being judged by their skin color and attire and not the content of their characters. When I say his message is inverted, in 2019, it is now a safe space in America for some people to call whites “crackers”, black teenagers “niggers”, native American’s “Uncle Tomahawks”, and gay people “faggots”.

When I say his 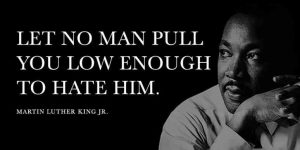 message is perverted, it means that hate by personal tribal identification has trumped love in many people’s minds. Even MLK’s own mother was murdered by a Black Hebrew Israelite that considered Christians to be evil. 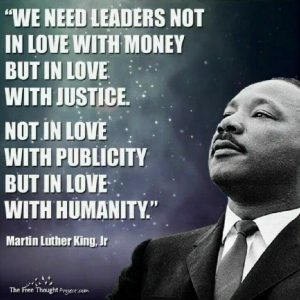 When I say it has been subverted, I mean for personal gain. The Black Hebrew Israelites and Phillips were seeking publicity, plain and simple.

I leave you with the image of an apparently African-American Covington student being singled out as a “nigger” by the BHI leader.

Imagine being that boy, or his friend, and then having to respond to an hour of viscous attacks by strangers. It was enough to awaken tribalism but as with the hope at the bottom of Pandora’s box, we can be happy to not find any instances of organized student bigotry in the hours of video recorded. In 2019, the world has changed and now the youth are inculcated with a fear and respect for groups historically victimized by their ancestors. I suppose that is a form of progress…  But I would rather live in a world where everyone is given dignity, freedom of expression, and the right to be judged based on their deeds, not their appearance.

Apparently, according to Alyssa Milano, the red MAGA hat is the equivalent of a white KKK hood. If you believe this to be true, then you may have fallen into a “Trump Derangement Syndrome”.  I didn’t detect a whole lot of empathy from grown black men in that nearly two hours of hateful diatribe recorded by themselves. The opposite of hate is not love, it is indifference; the problem is that unlike on a New York City subway at 1AM, you can’t just change cars when someone wants to truth bomb you and your classmates for an hour.

For the most reasoned and comprehensive rundown of the actual events, watch this video:

Disclaimer: I don’t wear a MAGA hat and I marched on Washington with NARAL to defend abortion rights. I don’t think that abortion is good although I was trained to perform them. Abortion is a very complex moral issue. If you want to go down the moral rabbit hole even further, watch this prescient blog on #killingbabyhitler, a meme that has recently been trending on Twitter.