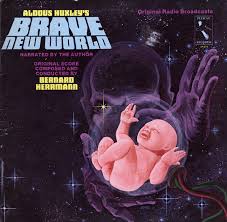 Well, you may not have felt the tremors but a couple of weeks ago, our world changed and we entered a new nuclear era which may be even more frightening. That's because the genie of genetic engineering was loosed from the bottle with the invention of something NYU scientists call "The Telomerator"
No Responses
Reading Time: 3 minutes
“Now I am the TELOMERATOR – destroyer of kingdoms”

“We knew the world would not be the same. A few people laughed, a few people cried. Most people were silent. I remembered the line from the Hindu scripture, the Bhagavad Gita; Vishnu is trying to persuade the Prince that he should do his duty and, to impress him, takes on his multi-armed form and says, ‘Now I am become Death, the destroyer of worlds.’ I suppose we all thought that, one way or another.”

Well, you may not have felt the tremors but a couple of weeks ago, our world changed and we entered a new nuclear era which may be even more frightening.  That’s because the genie of genetic engineering was loosed from the bottle with the invention of something NYU scientists call “The Telomerator”: http://www.the-scientist.com/?articles.view/articleNo/41398/title/Circular-Chromosomes-Straightened/

Once upon a time, there was a kingdom of life called the Protists (largely represented by bacteria with circular DNA) which were distinct from Eukaryotic kingdoms like plants and animals because we have linear DNA that is capped by telomeres and kept safe in our nuclei. The telomeres and centromeres are the handles of the chromosomes and how the cellular machinery knows what to copy when it divides into two daughters.

We thought we were so clever using bacteria to make human gene products like Human Growth Hormone but now the tables have turned and a new chess piece has been introduced.  Prepare to be truly frightened because those mechanisms that separate our human chromosomes have no way of knowing where the DNA comes from.  Scientists can now make Anthrax or Bubonic Plague into a linear chromosome and introduce the 47th chromosome into a human (or any of the other eukaryotic species’ nuclei) and create new possibilities.

Why would anyone want to do that?  Ever heard a Bond nemesis or a Superhero villain monologue about their vision for a brave new world or their contempt for humanity and the status quo?

I’m sure the scientists thought it was cute to name this invention, which could also be a boon for curing previously incurable diseases, something memorable like “The Telomerator”.  Hopefully, they won’t someday be faced with the awful realization that the fictional scientist Miles Dyson (inventor of Skynet) faced when he was shown what resulted:

Sarah Connor: [narrating] Dyson listened while the Terminator laid it all down: Skynet, Judgment Day, the history of things to come. It’s not everyday you find out that you’re responsible for 3 billion deaths. He took it pretty well.

Miles Dyson: I feel like I’m gonna throw up.

So, could you identify the chromosome put there by the scientist being paid to do something to human evolution?  The bad news is, neither can your cellular machinery that is charged with eternally copying and transmitting all your other, God-given chromosomes.

Welcome to the future. Welcome to our brave new world which will soon truly have new people in it with designer chromosomes.  Ready to glow in the dark or photosynthesize?  Somewhere, someone is planning to make their mark on human evolution.

“O, wonder!
How many goodly creatures are there here!
How beauteous mankind is! O brave new world,
That has such people in’t!”