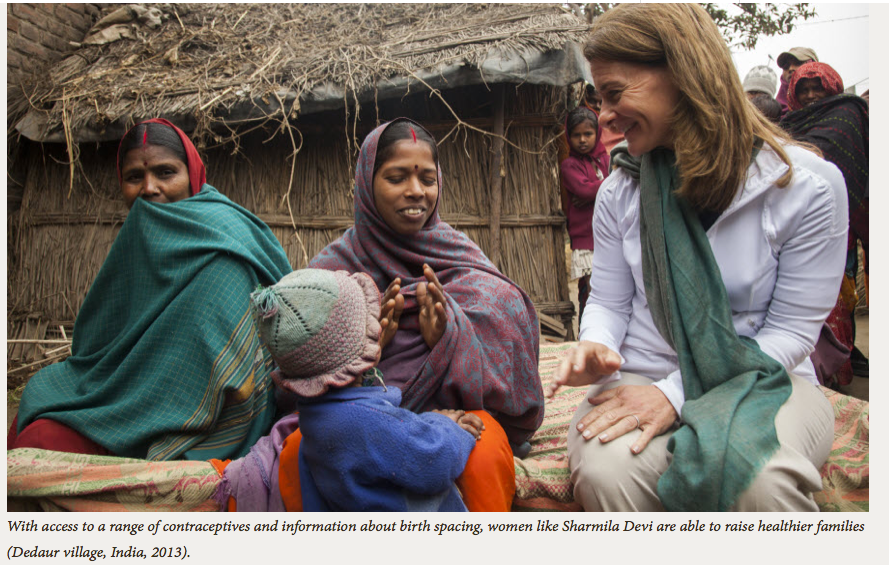 Bravo to Bill and Melinda Gates for their annual letter just released that explains why poor countries are not always going to be poor, why foreign aid is NOT a waste of money, and why Mathusian fears of overpopulation have never been justified by real world examples
No Responses
Reading Time: 3 minutes
#stopthemyth – the important message of Bill and Melinda Gates

Signs that the world is becoming a better place?

The #stopthemyth campaign and its message!

Bravo to Bill and Melinda Gates for their annual letter just released that explains why poor countries are not always going to be poor, why foreign aid is NOT a waste of money, and why Mathusian fears of overpopulation have never been validated by the real world.

Strangely, as much as I used to believe in their message for the current world and subscribed to it while studying international development as a Masters in Public Health candidate, there may now be a slight wrinkle if everyone reaches negligible senescence with telomerase activation (as I think will happen in the next 20 years).

When I am asked how can I possibly imagine no overpopulation if people don’t age I simply point out that childbearing was once an means of inoculation against the negation of dying.  But if you had to spend hundreds of thousands on raising a child and yet your life expectancy and theirs was both over 500 years, how many kids would YOU want? Would you even give up a life preserver for one of them when the proverbial seas got rough in your lifeboat?

The truth of the matter is that people are individualistically wired and inherently selfish. Furthermore, not everyone is cut out for parenthood or would even choose to be reproduce if they weren’t worried about dying in the near future.  When people ask me how many people can the planet support, I counter by telling them that would be like asking how many plants can the sun support?  A lot.

To hear why I don’t believe in a maximum lifespan, watch this video interview that I did:

To hear about the fictional near future where people are fighting over the morality of “transhumanism” (improving the species), read my graphic novel, “Maximum Lifespan”

Let us acknowledge that our notions of the distribution of social justice, income, and health (not sickness distribution) are predicated on “zero-sum” game theory or a subtexual thermodynamics based on the conservation of happiness.  That is hogwash. We are undeniably entering an age of group-think and community-“welfare” but in the best possible senses of those much-maligned phrases.  When you are happier, richer, and more free-thinking, then I am too.  That is the new paradigm that I believe the world is destined for.

We owe sincere thanks to Bill and Melinda for helping the world become more conscious about development issues. I would also just suggest that the terra incognita for our world soul’s horizon and a potential topic of the Gates Foundation Annual Letter for 2035 should be to increase our own “first world” consciousness about the Habitrail of artificial scarcity and to declare a single, round, and abundant world of John Lennon’s imagination…