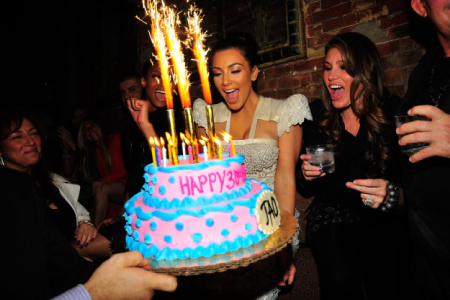 In long-time users of telomerase activators, I tend to see a narrowing of the histogram which is great news as long as the progenitors are numerous and healthy. This means are less "crew cut" and "dreadlock" telomeres and that the system is rebalancing and lengthening the telomere efficiently.
No Responses
Reading Time: 3 minutes
Telomere basics: longer is NOT always better

Imagine that we put 46 firecrackers on your cake and that the fuses burn 1 inch per second. Next, assume you could cut pieces of the longer ends and twist them on to the shorter ones, would you choose: The correct answer would be choice A because god only knows if you would be able to correctly lengthen the one-inch one before it explodes your cake.

This is the way our systems are maintaining telomeres but luckily, the firecrackers lengthen themselves with telomerase, if you will.

Whereas option C, you may have 451 inches of time versus the 276 seconds of time in options A and B, you don’t really care about life past six seconds because the firecrackers will lengthen themselves and you are a quick eater.

That is why I don’t believe optimum cellular health and integrity depend on the median length of the telomeres as much as the percentage of shortest ones.

Since measuring telomeres and giving telomerase activators in real people since 2007, I can say that the natural mechanisms don’t just continuously lengthen the telomeres uncontrollably, which is a very good thing.  We don’t know what problems and inefficiencies would arise from that.

What we do want to see is what generally happens, that is, a stabilization of the lengths and a decrease in the percentage of shorter telomeres.

For example, this patient took a lot of TA-65 from 2012 until present and feels great. What is better is that he median length stabilized at about 10,000 base pairs and didn’t excessively lengthen.  Even better was that the extremely long end of the telomere distributions decreased as did the percentage of critically-shortened (about to explode) ones.

Here are the average lengths and % of critically-shortened (<3,000 base pairs long) over time for Brian:

When he received his 2014 report, he was inappropriately disappointed with the width of his histogram but actually his was one of most healthy I’ve seen with the lowest percentage of critically-shortened telomeres I’ve yet seen at just 3%.

In long-time users of telomerase activators, I tend to see a narrowing of the histogram which is great news as long as the progenitors are numerous and healthy. This means are less “crew cut” and “dreadlock” telomeres and that the system is rebalancing and lengthening the telomere efficiently.

Although not completely understood, any non-telomerase lengthening (meaning growing from the end, like a plant spouting) is called ALT or “alternative lengthening”. This is a poorly understood thing and there are multiple ways in which this could occur. Here is a picture of one method: Suffice it to say that we don’t really want a lot of length variation and this cutting and twisting back on of firecracker fuse as it indicates there has been uneven maintenance of the once homogenous lengths (like new firecrackers with six-inch fuses).

So the good news is that by the adaptogenic mechanisms we don’t yet understand, prolonged use of TA-65 appears to get rid of unhealthy stem cells and preserve the healthy ones. That is why the healthier cells show telomeres with lengths more homogenous (narrower distribution of lengths) and fewer undesired critically-short and excessively long ends.