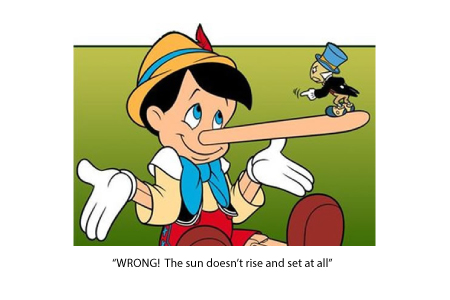 The story of Robot Adam is inverted from man's; he can easily reach the immortal fruit of the Tree of Life but must return to Eden to partake in the the Tree of Knowledge of Good and Evil
3 Responses
Reading Time: 4 minutes
That moment when you realized…there is no sunrise or sunset

I was walking through the health and fitness club at the JW Marriot Hotel today in Seoul and I realized that the world is different and it is evolving quickly. What made me realize this was seeing what was on the TV in the lounge. It wasn’t golf, soccer, or baseball- it was Go, the ancient Asian game of black and white stones that people who know this stuff claim is orders of magnitude more complex and therefore harder for an artificial intelligence entity to win against humans (unlike Chess, Othello, and Jeopardy).

To be fair, this may be the first and only time that Go will be shown in the lounge here and the reason is because Google’s AlphaGo went two games up in a best of five match being played at the Four Seasons Hotel here in Seoul.  But the interesting thing, as explained by this article, is the sense of wonder elicited by human master opponent and commentator alike.  Read this wonderful article to understand more.

This was the expression of a previously vanquished Go master, Fan Hui, when he realized that he was witnessing something sublime in the evolution of Pinocchio, the Giopetto-slayer. You may recognize this expression if you have ever been forced to evolve.  This is the look of a person who understands that there is no box and that your entire system of order is dubious.  As Buckminster Fuller said, the first thing we need to teach our kids that the sun doesn’t rise and set.  We are spinning.  And yet to most of us in this dream, the sunset and sunrise are as ‘inevitable’ as Santa Claus and the two-party political system.

It is the look of a person who learns some terrible truth about one or both parents and then forgives them anyway.

It is the look of a man who understands that his children will always beat him at certain video games and that is the way of the world.

It could be the look of the dinosaur trainer before the Velociraptor tricks the former master.

Here is my blog explaining a negative view of artificial intelligence for human survival.

It could be the look of Sigourney Weaver’s Ripley character when she realizes that the Bishop android sacrificed himself for her.

This is my blog explaining a positive view of artificial intelligence for human survival.

Are we approaching a robot apocalypse?  No.  As they say “guns don’t kill people, people kill people”.

It maybe cold comfort to you but eventually, after AI develops a personality, ego, and homocidal tendencies, try to remember that it was a person that made it so; the robot is merely a child solider shooting his parents in some African war or the Cambodian Killing fields.

It is not coincidental, ironic, or unintentional that the drone-controlling AI at work in Pakistan killing people is called SKYNET.  If you want to ask why it was named after the fictional destroyer of mankind in the Terminator movies, you would have to ask the people that named it, I suppose.

AlphaGo can practice millions of games a day and is developing intuition. If AI outpaces us at game-learning, then perhaps the last best home of mankind lies in a more rapid moral evolution, as some lovers of “The Singularity” hope for.

Interestingly, in the original Pinocchio story, the puppet murders his conscience, Jiminy Cricket, only to later learn the importance of kindness and benevolence:

Father and son looked up to the ceiling, and there on a beam sat the Talking Cricket [now a mere ghost]

“Oh, now you call me your dear Cricket, but do you remember when you threw your hammer at me to kill me?”

“You are right, dear Cricket. Throw a hammer at me now. I deserve it! But spare my poor old father.”

“I am going to spare both the father and the son. I have only wanted to remind you of the trick you long ago played upon me, to teach you that in this world of ours we must be kind and courteous to others, if we want to find kindness and courtesy in our own days of trouble.”

“You are right, little Cricket, you are more than right, and I shall remember the lesson you have taught me…”

The story of Robot Adam is inverted from man’s; he can easily reach the immortal fruit of the Tree of Life but must return to Eden to partake in the the Tree of Knowledge of Good and Evil.  As humans, we excel at heart-centered decision and dying. Our would be pets/masters seem to excel at logic and survival.  Hopefully, this will be the start of a beautiful friendship and the makers of AI don’t end up like the reviled Mexican woman that helped Cortez, La Malinche.