I did want to spend a moment to review the reviewers, who generally disliked the movie. What DOESN'T surprise me as an anti-aging believer but DOES surprise me as a screenwriter is how obsessed the reviewers were with the premise and how they misinterpreted the heroine. This only reinforces the quote from Anais Nin: "We don't see the world as it is, we see it as we are. "
No Responses
Reading Time: 4 minutes
“THE AGE OF ADELINE”- The reviews are in – and they suck! (but the movie did not)
I saw the Romantic fantasy, The Age of Adeline (Lionsgate, 2015) yesterday and I loved it. I predict that Harrison Ford wins an OSCAR for this one.

I found it to be well-written, brilliantly cast, and superbly acted and directed.  If you dislike voice over narration, then you might not like it. But for me, it was time and money well-spent albeit it was quite predictable in a best sort of Hollywood way. 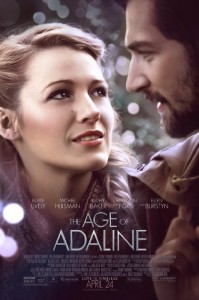 It is about a woman named Adeline who, through a near-death experience with a lightning bolt, incurs a genetic mutation preventing her telomeres from shortening and therefore from aging.  The central story engine is that she is afraid to commit because she has fallen in love twice and the first ended in her husband’s death while the second she runs away from for fear of losing love.  The heroine leads a life of quiet passions, raises her daughter who ends up looking like, and actually pretending to be, her grandmother, bonds with generations of adorable dogs, and is compelled  to change her identity every 10 years.

Of course, true love finds her despite her desire to flee and the story unfolds quite engagingly.

I did want to spend a moment to review the reviewers, who generally disliked the movie. What DOESN’T surprise me as an anti-aging believer but DOES surprise me as a screenwriter is how obsessed the reviewers were with the premise and how they misinterpreted the heroine.  This only reinforces the quote from Anais Nin: “We don’t see the world as it is, we see it as we are. “

Here are my reviews of the reviews:

USA Today /Claudia Puig
The story feels like a less complicated companion to “The Curious Case of Benjamin Button.” Obvious logical questions are ignored. For instance, if she remains 29, does that make her immortal?

– Uh no. This isn’t a vampire movie and even if she were, please review your Highlander film mythology re: decapitation or alternatively consider no mention of her relation to the Norse God Thor.

Portland Oregonian/ Marc Mohan
The movie runs the risk of coming off as misogynistic tripe, especially considering it was written by two men and directed by another. Somehow it avoids that fate, rising to the level of a serviceable YA fantasy about the way mortality gives meaning to life.

– Just because you are a man, that doesn’t mean you can prejudge the ability of male humans to tell a woman’s story.  We are not impressed by your post-feminist rhetoric.  And by the way, mortality doesn’t give meaning to life any more than the scarcity of oxygen makes breathing it precious. The reason Adeline might have wanted to age was to not alienate and then lose her true loves.  She enjoys her life with passion but just would rather not lose a loved one for the pain it would selfishly cause her.  I would assume that if they could stay young together, it would be preferable to growing old together.

Miami Herald/Connie Ogle
The Age of Adaline is a modern romantic fairy tale set in San Francisco, marred by bad narration and an unnecessary desire to over-explain random magic.

– They make mention of how a certain number of volts jolted her once into non-aging. And then another sentence about how another electrical event resumed the aging of her DNA.  Three or four sentences in a two hour movie hardly constitutes over-explanation, in my opinion.

But as long as we are on the subject of “random magic”, consider that the ridiculous contrivance at the heart of the movie is present in every stem cell of every living thing in this world and that it’s absence leads to premature aging and death.  Perhaps the idea that cells are always being kept rejuvenated  isn’t so far-fetched as it was awarded a Nobel Prize in Medicine in 2009. 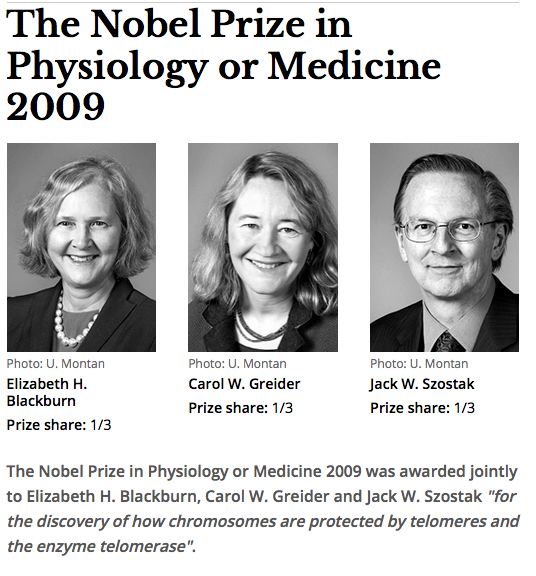 I don’t recall the discovery of the Planet Krypton or a lamp that produced a genie to be so honored by the Nobel Committee.

Interestingly, as I left the theater one man proclaimed loudly “Mind F**k!”  and another replied, “Twilight Zone, right?” as the credits began to roll.

I am used to such angry and negative emotions surrounding negligible aging; it is an occupational hazard. But wait! There is even an example of a 20-yo infant who never aged past the toddler stage. Granted she would have preferred to stop aging looking and functioning like Blake Lively in this movie, but there is a precedent: 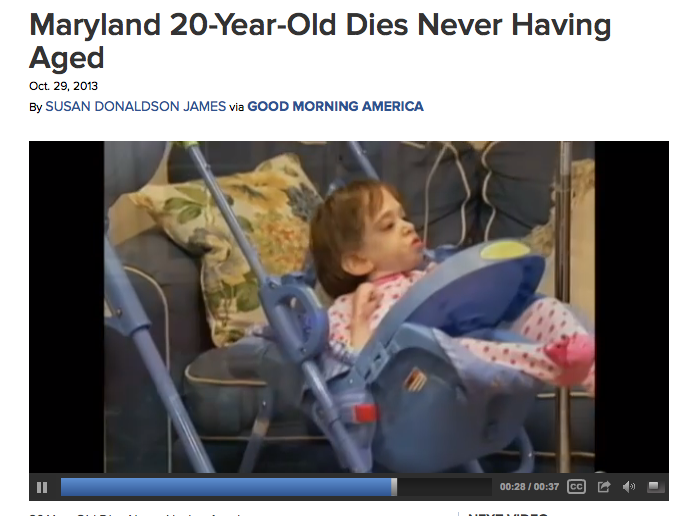 So in response to these oddly threatened and suddenly concrete movie goers and reviewers, slow aging isn’t even in the same league as such dei ex machinas like a turning the earth in reverse to resurrect Lois Lane or the killing of Bobby Ewing from Dallas being “all a dream”.

[N.B. Deus ex machina means God from a machine; it is a term from Greek theater when Zeus would be flown in on a pulley harness to suddenly change the plot. In other words, it represents lazy writing that allows the storyteller a free pass for what was not earned by the logic of the story.]