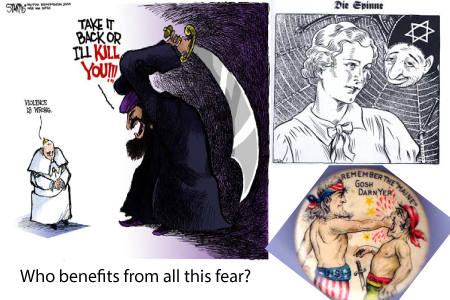 It was the Hellenized Jews of Alexandria that were the doctors, merchants, and landlords of the finest quarter of the only remaining great city of Classical Civilization its founding in 331 BCE. Even during the years of Jewish-Roman wars, Alexandrian Jews always stayed free and prosperous until it all ended overnight in 415
No Responses
Reading Time: 3 minutes
The Apocryphal Diaspora – The biggest one that no Jews have ever heard about

With Benjamin Netanyahu’s call for Jews to flee Europe and ‘return’ to Israel, we can only wonder why this is happening in Europe, again.

When we think of Jewish Diasporas, we know of these: the exodus from Egypt, from Judea to Babylonian Captivity, the destruction of the Second Temple at the end of the First Jewish-Roman War, The Great Exile of 1306 from France that I blogged about here, the Reconquista and internal exile of the conversos during the Spanish Inquisition, the pogroms of Czarist Russia after Alexander II’s assassination, and Nazi-controlled Europe.

But did you know that I wrote this Houston Film Festival Award-winning screenplay about the most significant diaspora of the Jews that no one has even heard of?

It was the year 415CE and except for the part about Orestes’ murder, this entry is corroborated by extant sources.  There are multiple accounts of what appears to be a False Flag Operation that baited some Jews to react, setting forth the chain of events ending eight hundred years of Jewish Hellenistic civilization literally overnight.

It was the Hellenized Jews of Alexandria that were the doctors, merchants, and landlords of the finest quarter of the only remaining great city of Classical Civilization its founding in 331 BCE.   Even during the years of Jewish-Roman wars, Alexandrian Jews always stayed free and prosperous until it all ended overnight in 415. In that fateful night, they assassinated Hypatia, who was like Ghandi, Linus Pauling, and Mother Theresa all rolled into one.  She became mythologized as a meta-transposition into a fictitious Saint Catherine to allow for her veneration despite being branded as a pagan and a heretic.

Here is a listing of False Flag Operations that might shock you.  I cannot attest to the validity of the sourcing but I would venture a guess that the vast majority of folks would rather not entertain the implications of historical revisionism even if it purports to lean towards the truth.

Freedom of Information Acts?  Seems like an compound-oxymoron.  When an authority doesn’t deny something like trading arms for hostages or drugs or money, we are left with the opportunity to internalize helplessness and instead lionize our morally-questionable leaders.  From Ronald Reagan to King David’s ‘courtship’ of Bathsheba, there is little that a great leader can do to lose the admiration and obedience of the faithful.

Here is a bit of my script from the morning after that apocryphal Kristallnact, Alexandrian-style: What is the solution for disinformation? There has always only been one: Or as Hypatia may have said it:

In fact men will fight for a superstition quite as quickly as for a living truth – often more so, since a superstition is so intangible you cannot get at it to refute it, but truth is a point of view, and so is changeable.