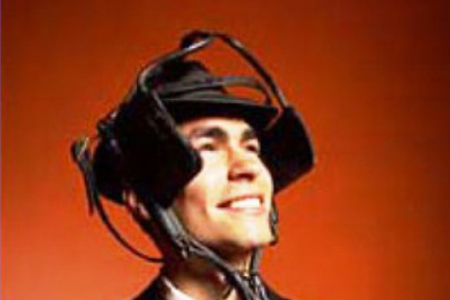 everything we consider to be true is just a matter of perspective based on ignorance and fear of change
1 Responses
Reading Time: 4 minutes
The eternal psychopath in all of us

I saw an interesting article from Time about which professions tend to attract psychopaths and which don’t. 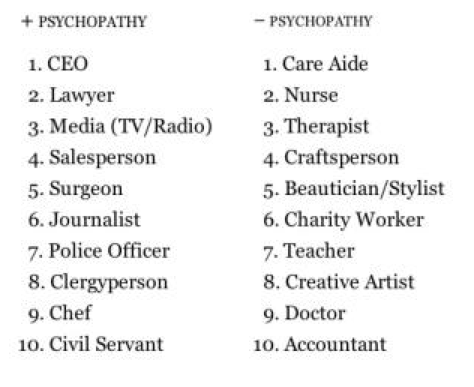 I think there is tendency for greater power, prestige, and wealth on the left whereas the lower psychopathologically-oriented professions tend towards the empathy and creativity.

I want to reiterate what Renaissance Weekend attendee, Professor Paul Bloom, said about the dangers of empathy.  Herein lies the problem with humanity.  We oversimplify.  That is why I loved the RW lectures I attended. One was by an Jewish scholar who argued convincingly that Muhammad was a ‘one-woman man’ and a feminist before his first wife died… 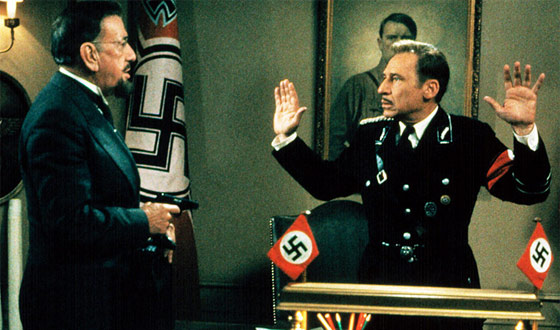 Tragedy is when I cut my finger. Comedy is when you fall into an open sewer and die – Mel Brooks.

Hitler reportedly had a sense of humor based on Schadenfreude.  Hitler killed at least 3 times more people who were not Jewish through warfare and extermination camps. But Hitler humor is apparently not funny unless you’re Mel Brooks as in The Producers.  Russian, gypsies, Communists, mental defectives, and homosexuals don’t tell Hitler jokes. Why is Mel Brooks allowed?

Let’s do some substitutions to reveal just how psychopathic and hypocritical we all can be.

On this day (Jan 31st) in 1865, the 13th Amendment to the Constitution banned human slavery.  Human slaves currently work in mining, sex work, and even as domestics- always have, always will.  We don’t care to know how we get candy bars, iPhones, or adult ‘entertainment’ as long as it doesn’t involves copping to subsidizing human slavery.

We label Iran a nuclear threat but the only nation to ever openly use nuclear warfare is the US, twice, in populated areas.

We neglect men who are mentally damaged from participating in foreign wars and yet feel no compunction about starting new ones.

We wish to introduce genetically-modified mosquitos into the United States even though the introducing GM mosquitoes into Brazil in 2014 predated the explosion of a previously obscure disease we now know as the Zika epidemic.

What is the meta-lesson of this blog?  Those that desire wealth, power, prestige, and control tend to gravitate towards those jobs.  Groups of people who desire those things make ethical compromises and choose to dehumanize or invalidate the rights of other people or animals.   Corporations and oligarchs that run media, political, economic, and military operations also have no compunctions about creating conflict and scarcity for profit.  And the beat goes on.

The act of murder is not a physical, emotional, or fanatical one.  Murder occurs in the mind. Only Abraham knew whether or not he would have killed Jacob in response to the voice of JHWH. We assume there are angels waiting to stay our own hands but in truth, murder is a simple cognitive switch that occurs when we abrogate our knowledge of good and evil by trusting fascist authority. The Milgram experiment where students were told to shock people to death and that they would not be responsible proved that in chilling fashion.  If you don’t think such a thing could happen just read about these chilling accounts of US drone pilots.

In our age there is no such thing as ‘keeping out of politics.’ All issues are political issues, and politics itself is a mass of lies, evasions, folly, hatred and schizophrenia.   – George Orwell 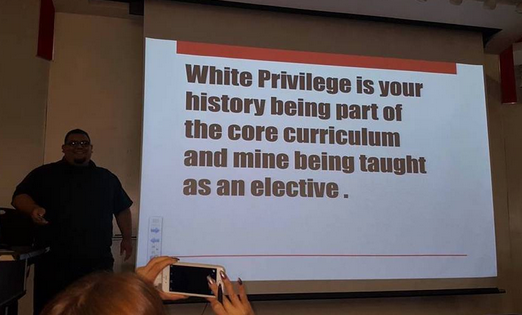 This is not about White Privilege or American Exceptionalism or revisionist history. This is about realizing that everything we consider to be true is just a matter of perspective based on ignorance and fear of change.  We are psychopathologically devoid of moral outrage when any person is murdered and we welcome fear and learned helplessness when the news and would-be leaders tell us who the next great war will be waged upon.

I found it particularly chilling that when I recently read Victor Frankl’s Man’s Search for Meaning about his time in Nazi concentration camps that men who were destined to be murdered were called “Muslims”.  Donald Trump’s calls to ban all Muslims must have triggered some anti-collectivist nerves because former Japanese-American Internees and Holocaust survivors alike.

Conflict is an old game; this engine of history fuels a scarcity economy and does enriches a few at the expense of the many.  But collaboration is another option for a world build upon abundance. Let us choose wisely with collective evolution towards greater peace and freedom from illness, war, poverty, fear, and injustice.

1 thought on “The eternal psychopath in all of us”